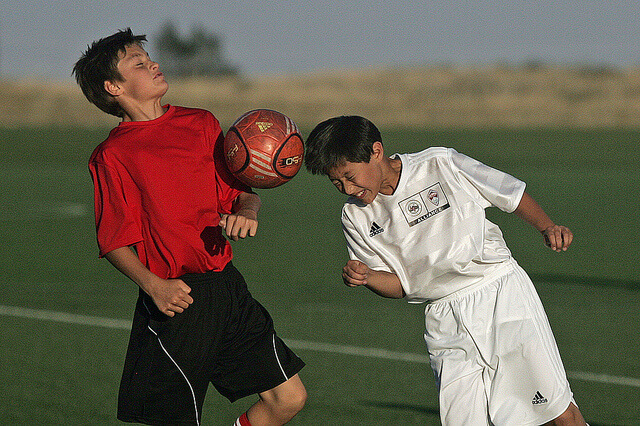 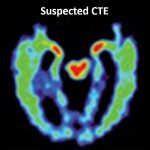 The case of a 25-year-old former football player whose autopsy revealed evidence of chronic traumatic encephalopathy (CTE) is an important example of progress in the field but also highlights many unanswered questions, researchers say.

It’s an important case because of the man’s youth, because he displayed symptoms while still playing football, and because he was a collegiate-level, not a professional, player, study author Ann C. McKee, MD, chief of neuropathology, VA Boston Healthcare System, director, CTE Center, Boston University, and professor, neurology and pathology, Boston University School of Medicine, Massachusetts, told Medscape Medical News.

The case, outlined by Dr McKee and colleagues and published online January 4 in the Letters section JAMA Neurology, comes from the ongoing Understanding Neurological Injury and Traumatic Encephalopathy (UNITE) study. It involved a young man with a congenital bicuspid aortic valve and a family history of addiction and depression who died of cardiac arrest secondary to Staphylococcus aureus endocarditis.

The man played football for 16 years, beginning at age 6 years, including 3 years of college football. While playing, he experienced more than 10 concussions, the first at age 8 years.

During his freshman year of college, he had a concussion with momentary loss of consciousness followed by ongoing headaches, neck pain, blurry vision, tinnitus, insomnia, anxiety, and difficulty with memory and concentration. He stopped playing football at the beginning of his junior season and left school before earning his bachelor degree.

His symptoms persisted, and he began using marijuana daily. At age 23, he became verbally and physically abusive toward his wife. As part of the UNITE study, he underwent an evaluation that included neuropsychological testing just months before his death.

In retrospect, these symptoms “look like they probably were at least in part attributable to CTE,” said Dr McKee. “He was having difficulty with learning and executive function, he had persistent headaches, problems with memory and concentration, and towards the end of life, he experienced personality changes, with abuse and aggression towards his wife; that’s very characteristic of CTE.”

Dr McKee suspects that the man may have been particularly susceptible to CTE. Factors that may contribute to CTE risk include genetics, substance abuse, previous neurologic or neuro-psychiatric conditions, and a high-stress environment, she said.

Also notable in this case was the fact that the man was not a professional athlete. “This is actually a public health issue, and it’s affecting college athletes as well as high school athletes,” although the risk may be small, said Dr McKee.

The autopsy on this man showed widespread evidence of CTE in his cerebral cortex. As part of the UNITE study, which aims to investigate ways to diagnose CTE during life, a panel of clinicians, blinded to neuropathology, makes retrospective clinical consensus diagnoses. In this case, the panel unanimously supported postconcussive syndrome as the primary diagnosis, with possible CTE and major depression as contributing diagnoses.

“There’s a hesitancy to want to think that such a young individual would suffer the symptoms of a neurodegenerative disease,” which typically affects people at a much older age, said Dr McKee, commenting on the panel’s determination. She added that she thought it was “a surprise” to some experts that the young man actually did have such a disease.

Although it’s still not possible to diagnose CTE before death, research in this area is advancing. “The optimistic party line, which I share, is that in the next 5 or 10 years, we will have some reasonably successful biomarkers for this condition,” said Dr McKee. “Because this affects young individuals and it’s a pubic health issue, there’s an added urgency to be able to identify this early on.”

Research also points to a “dose response” to low-level traumatic impacts, “even the ones that don’t cause symptoms,” she added.

In an accompanying editorial, James M. Noble, MD, Department of Neurology, Taub Institute for Research on Alzheimer’s Disease and the Aging Brain, Columbia University, New York, says the case “offers an opportunity to highlight a number of important, ongoing developments in the field of concussion and CTE.”

He notes that it was 10 years ago that the first reported cases of football-associated CTE were reported. Since then, there have been acknowledgment of risks in a class action lawsuit, launch of public discussion surrounding the risks of contact sports, and growth in the field of CTE and concussion research.

Despite these developments, many questions remain unanswered, including ones pertaining to exposure, writes Dr Noble. “How often do concussions actually occur in sports? And, is it the number of hits, the quality/intensity of each hit, or a combination thereof that matters?”

Dr Noble notes that although the ex-football player had more than 10 concussions, on the basis of typical histories he may have had far more unrecognized or unreported concussions as well as subconcussive head injuries during his football career.

Another unanswered question, according to Dr Noble, is who takes longer to recover from a concussion and why. About 10% of concussed athletes take longer than the typical 1 to 2 weeks, but specific risk factors leading to prolonged recovery are uncertain. In addition to genetics, such factors could include personal or family medical history of migraines and mood disorders and level of player physical conditioning before the brain injury.

Also undermined is what biomarkers can establish that recent injury has occurred and assure that recovery is complete. Another unknown is the long-term risks of playing in contact sports that have high rates of concussion.

“Hopefully, in another 10 years some of these questions will be answered, refined, or inform others raised in context, and the chains will have been moved down the field a few more yards,” Dr Noble concludes.

This design and conduct of the study were supported by the National Institute of Neurological Disorders and Stroke, Department of Defense, Department of Veterans Affairs, Veterans Affairs Biorepository, National Institute on Aging, Boston University Alzheimer’s Disease Center, Department of Defense Peer Reviewed Alzheimer’s Research Program, National Institute on Aging–Boston University Framingham Heart Study, National Operating Committee on Standards for Athletic Equipment, and Sports Legacy Institute. The collection and management of data were also supported by unrestricted gifts from the Andlinger Foundation, WWE (World Wrestling Entertainment), and National Football League. Dr McKee has disclosed no relevant financial relationships. Dr Noble serves in a volunteer capacity as a representative on behalf of Columbia University in the Big Ten/Committee on Institutional Cooperation–Ivy League Traumatic Brain Injury Research Collaboration. He has received support for travel and lodging to the Big Ten/Committee on Institutional Cooperation–Ivy League Traumatic Brain Injury Research Collaboration’s annual conferences. He has not received specific or material support in development of this article.