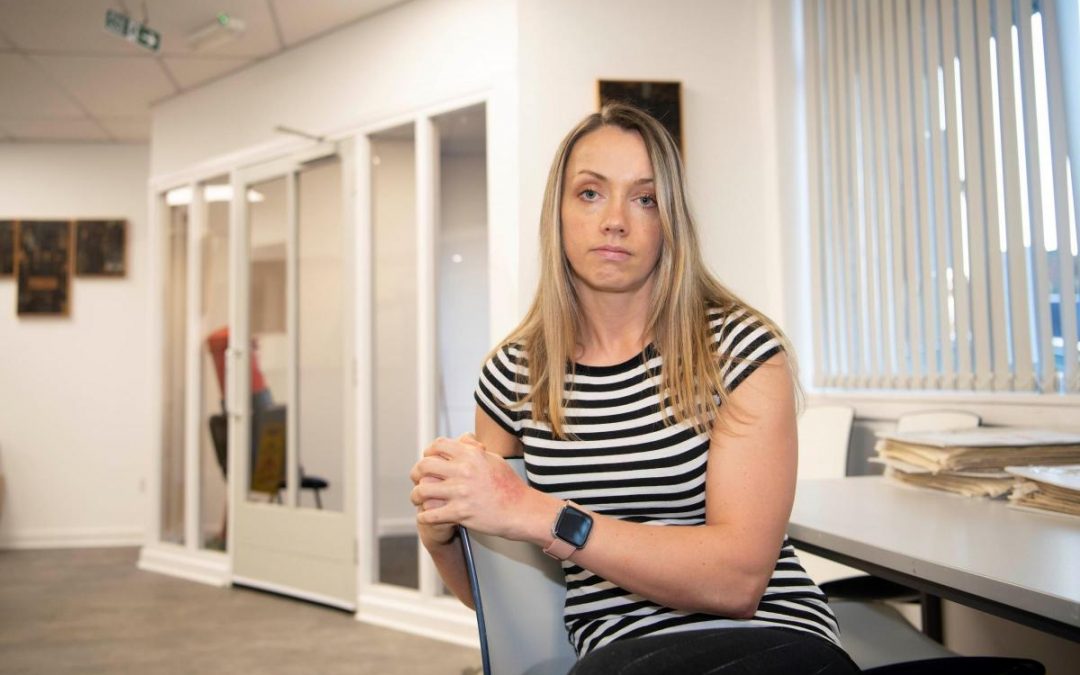 Woman with epilepsy hits out over PIP benefits cut

A GREENOCK woman with epilepsy was left in turmoil after the benefits she has been on for a decade were bizarrely cut off by the government.

Ashley McLoone, 37, from Larkfield, has had the condition all her life but has been suffering frequent seizures ever since high school which have become worse during her thirties.

The young woman says her physical and mental health, ability to find work and financial situation, are all affected ‘immensely’.

She told the Tele she was stunned when, despite her deteriorating condition, benefits bosses recently revoked her payments in the middle of the cost of living crisis.

To mitigate the impact epilepsy has on her, Ashley has been receiving Personal Independence Payment (PIP) as a supporting benefit from the government for the past 10 years.

However, after a recent assessment by a representative of the Department for Work and Pensions (DWP) – who administer the payment – she was told she would no longer be eligible.

Ashley said: “My epilepsy never leaves me, but this assessment said I don’t need enough help to qualify for PIP.

“I had an assessment phone call where I was asked if I can shower myself, how I get around, about things I do in my spare time, and so on.

“I told them everything.

“They then said I had ‘zero points’, which means I am not entitled to help.

“It has been so frustrating.

“I have never had that happen before in all the years of getting it.

“I already don’t get much between my cleaning job – which is only seven hours a week right now – so I really rely on getting the extra money from PIP every month to get by, especially things are so expensive now.

“It also qualifies me for the bus pass I need to get me to work.

“Without PIP I have to pay for public transport, but that is the only way I can get around or to work, because I can’t drive due to my epilepsy and frequent seizures.”

According to the government body, PIP is available to those with a long-term physical or mental health condition or disability who also have ‘difficulty doing certain everyday tasks or getting around because of their condition.’

After Ashley was told that she would not qualify for the supporting payment any longer, she reached out to the Tele and we immediately highlighted her case with benefits bosses.

They then performed a u-turn – stating that Ashley’s case had been reviewed quicker than anticipated and that they had decided to overturn the previous ruling.

They have also decided to bump up her monthly payments and paid back the money that she should have continued receiving all along.

Ashley says she was left ‘really worried’ after being cut off and is now hugely relieved at the sudden change of heart.

She told the Tele how epilepsy affects her day-to-day life.

Ashley said: “The last time I had a seizure was at the start of November during a first date with someone.

“I ended up having five seizures in a row.

“It affects my physical and mental health majorly.

“When I have a seizure, it takes time for me to recover.

“Every day I don’t, it is a constant worry that I could have a seizure anytime.

“Its come up when applying for jobs, that I could end up with more sick days because of seizures, or that I can’t travel for anything that’s too far away or has unusual hours, because I am so reliant on public transport and their timings.

“I have also had seizures while working before and have had to take time off to recover from a seizure I had outside of work.”

A spokesperson for the DWP said: “We support millions of people every year and our priority is ensuring they get the help and support to which they are entitled.

“Following a mandatory reconsideration, Ms McLoone has now been re-awarded PIP and all arrears due to her will be issued overnight.”

*Epilepsy Action offer guidance on welfare and benefits, as well as other support for anyone with epilepsy and can be contacted on their free 0808 800 5050 helpline or by visiting epilepsy.org.uk