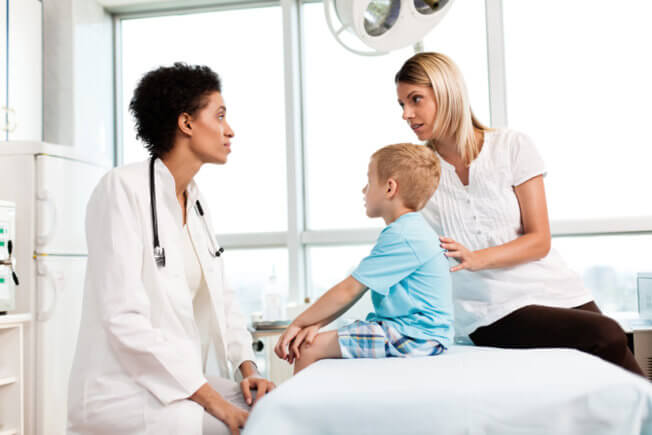 When Your Child Has Out-of-Control Epilepsy

The seizures started just before Mirabel Condon’s first birthday. “I didn’t even know, really, what a seizure was,” says Rachel Condon, Mirabel’s mother. “I didn’t even know what epilepsy was.” An only child, Mirabel spent that birthday in an Atlanta hospital. Her parents spent the ensuing months trying to figure out what was going on: what kind of epilepsy Mirabel had and how to keep it under control.

“They weren’t your typical TV kind of seizures where you have somebody fall on the ground and shake,” her mother says. Mirabel was having complex partial seizures. Seizures made her eyes bulge; her right arm would shake, and her tiny body would stiffen. “She would kind of freeze,” Condon says. “It was terrifying.”

Eventually, brain MRI scans revealed Mirabel had a birth defect called focal cortical dysplasia. Unlike generalized epilepsy, which involves both halves of the brain, focal epilepsy arises from a limited area of the brain.

“Epilepsy is a lot more common than most people realize,” says Dr. Adam Hartman, an associate professor of neurology and pediatrics at Johns Hopkins Children’s Center. “It affects one in 26 Americans.” Seizures are caused by abnormal electrical activity in the brain. Having a seizure alone doesn’t mean someone has epilepsy. For instance, Hartman says, when high fever provokes a seizure in a child, that isn’t considered epilepsy.

As currently defined, epilepsy involves at least two unprovoked seizures more than 24 hours apart. However, a person who’s only had a single seizure but is at high risk for having future seizures can also be diagnosed. “In some patients with certain types of head injuries, with one seizure we know there’s a greater than 60 to 70 percent risk that they’re going to go on to have more,” Hartman says.

The effect of epilepsy “really runs the gamut,” Hartman says. He’s had patients go on to major in biomedical engineering in college. On the other hand, he says, “we also have patients who have a lot of therapeutic needs and are in wheelchairs and really need maximum help with their activities of daily living.”

Epilepsy treatment is a partnership, he says, including the child’s family, pediatrician and neurology provider, whether it’s a physician or nurse practitioner who specializes in epilepsy. Depending on kids’ needs, pediatricians may refer them to specialists such as education professionals, neuropsychologists and social workers.

Some children outgrow seizures. Others manage well with medical treatment. With Mirabel, doctors tried at least 10 kinds of medicine, Condon says. One was Depakote, which has potential side effectsincluding liver problems.

Following a ketogenic diet – a high-fat, low-carbohydrate diet – under medical supervision helps some kids with epilepsy. The modified Atkins diet and low glycemic-index treatment are more recent dietary approaches. Mirabel was put on a ketogenic diet, with limited success.

Although Mirabel had some breaks from seizures, they didn’t last. Her parents researched other options, including surgery. But doctors in Georgia were reluctant to recommend brain surgery for Mirabel, Condon says. The couple talked to outside experts, picked their brains and obtained referrals. They traveled to what was then called Miami Children’s Hospital, one of the first sites worldwide to offer epilepsy surgery for children.

Brain surgery is a last resort, when nothing else works, says Dr. Michael Duchowny, director of the Comprehensive Epilepsy Center at Nicklaus Children’s Hospital, part of Miami Children’s Health System. “Many of these children have been on many, many medications, and their seizures simply will not go away,” he says. “This is a debilitating situation and if it’s allowed to go on throughout childhood, it can have serious consequences in terms of their intellectual development, their social development and ultimately, their quality of life as adults.”

The epilepsy surgery itself does not take long, Duchowny says. One or two procedures may be required, depending on factors such as whether the team implants electrodes in the child’s brain.

Some brain lesions, such as those in kids with trauma, are more obvious than others. “We’re one of the few institutions worldwide that operates on children with normal MRI scans,” Duchowny says. “In order to define the target and remove the epileptic tissue, we have to map the brain very carefully.”

Infection, hemorrhage and stroke are potential complications. At less than 5 percent, Duchowny says surgical risks are low. “In the vast majority of children, the procedures are safe,” he says. “It depends, but the likelihood of complete seizure freedom is anywhere between 60 and 90 percent.”

However, some studies have found lower rates of seizure-free life after surgery. In some cases, seizures can return years later. A study in the February issue of Epilepsy & Behavior found that of about 250 patients surveyed roughly a decade after epilepsy surgery, 92 percent said it was “worthwhile” in terms of seizure relief and better quality of life.

While waiting for evaluation in Florida, Mirabel “had her worst seizure ever,” Condon says. Medical records were shipped from Georgia and examinations proceeded. “We moved at a very intense speed with a strong sense of urgency,” she says. Mirabel underwent a battery of tests, and her parents were told she was “a great candidate” for epilepsy surgery.

The decision wasn’t that agonizing. “We were out of options, and we felt like we were running out of time,” Condon says. “We felt like every day we were losing our daughter more and more.” Epilepsy surgery represented Mirabel’s “last availability of hope,” Condon says. In July 2012, at about 20 months old, Mirabel had brain surgery, done in a single phase. The doctors opened her skull and removed the pinpointed area of brain tissue where her seizures originated.

Mirabel’s appearance after surgery was startling. “There was a huge bandage over her head; it almost looked like a helmet,” Condon says. “Her eyes were real puffy.” The scar would be shaped like a question mark, the surgeon had said, but that didn’t quite convey the full effect. “The first day that they unwrapped the bandages, you see this huge Frankenstein scar on her head,” Condon says. “Her whole head was shaved. It was giant. So when they took off the bandages I was like, ‘Oh, my God.'”

After only five days in the hospital, Mirabel was discharged. The long-term concern was the potential for complications. “We were kind of walking on eggshells for a year,” Condon says. “But every month that went by, we were encouraged.”

Before the surgery, Condon arranged for occupational and speech therapists to evaluate Mirabel’s development. She could walk, but her speech and skills like pointing to colors were lagging, and she had poor eye contact. Also, Condon says, “When you have a baby, you want to snuggle them and caress them and tickle them – and she just didn’t want to be touched.”

Condon noticed almost immediate improvement in Mirabel’s skills after surgery. Not only that: “I was gently tickling her back and I could feel her body relax and just settle into the fact that it felt good,” she says. “You could tell [she liked it], and it was really just awesome – for her and for me. So she’s a snuggler now.”

The feedback from parents is “incredible,” Duchowny says. “You’re taking a child who’s having multiple, daily seizures and all of a sudden, that storm in the brain is removed. I have personally seen cases of children whose language development has picked up within a few weeks of their surgery.”

It’s important to find a dedicated center that specializes in child epilepsy surgery, Duchowny says: “Localizing the target is very complex, and there are very few centers worldwide that can do this in complicated cases.”

Duchowny says the next step is pioneering minimally invasive epilepsy surgery using MRI-guided lasers. There’s more progress to come, he adds: “Very shortly, we are going to be a test site for MRI-guided ultrasound, where we actually think we’ll be able to eliminate the epileptic tissue without even opening the skull.”

Today, Mirabel is 5 years old, seizure-free and attending prekindergarten, where she’s a “little social butterfly,” her mother says. Her head incision is no longer visible. “We don’t cut her hair, ever,” Condon says. “We keep it really long and wild and gorgeous. As a kid, she’s kind of wild and fun and rambunctious.” Next year, Mirabel starts kindergarten, and she’ll go on from there.