When Will There Ever be a Cure for Epilepsy?

The three-pound organ that serves as command central for the human organism is certainly a marvel, just by virtue of the fact that the brain can appreciate its own awesomeness, even if it hasn’t quite perfected the flying car or even self-driving cars. Yet. Companies developing brain-computer interface technology are enabling humans to do things like send commands to computers by just flexing a bit of muscle. Still, there is much we don’t know about ourselves, no matter how much telepsychiatry we do. And that applies especially to medical conditions that affect the brain like epilepsy, a neurological condition for which there is no cure. 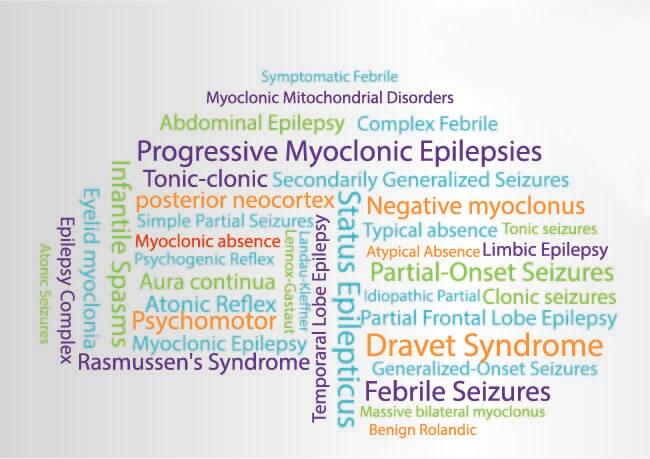 While most of us are probably familiar with some Hollywood-ized version of epilepsy in which someone starts flailing around after being hit by strobe lights on the disco floor, the reality is that epilepsy refers to a large group of neurological disorders that generally involve chronic, spontaneous seizures that vary greatly in how they manifest. The causes of epilepsy are also all over the place, from traumatic brain injuries and stroke to viral and bacterial infections to genetics.

Not surprisingly, many of the companies developing therapies for neurodegenerative diseases are also working on treatments for epilepsy and vice versa. For example, a new, well-funded joint venture involving Pfizer (PFE) and Bain Capital called Cerevel, which we profiled in our piece on Parkinson’s disease, is also in advanced clinical trials for an epileptic drug. Its GABA A positive modulator drug candidate targets GABA (Gamma-Aminobutyric Acid) neurotransmitters that block impulses between nerve cells in the brain, helping keep the nervous system chill.

More than 50 million people worldwide have epilepsy, making it one of the most common neurological diseases globally, according to the World Health Organization (WHO). The CDC estimates about 3.4 million Americans live with the condition. Globally, an estimated 2.4 million people are diagnosed with epilepsy each year. Interestingly, the disorder seems to target those who can least afford it: WHO said nearly 80% of people with epilepsy live in low- and middle-income countries.

A 2015 study of a bunch of other studies that estimated the cost of epilepsy in the United States found that epilepsy-specific costs probably average out to about $10,000 based on the variety of ranges, which means epilepsy costs the United States healthcare system about $34 billion, though the numbers are widely debated. Conversely, WHO says low-cost treatments are available, with daily medication coming as cheaply as $5 per year, so another win for the U.S. healthcare system.

There are more than 20 antiepileptic drugs used to treat epilepsy, usually to help prevent or slow the occurrence of seizures. Other therapies include surgery and electroceutical treatment in which electrical stimulation is applied, usually to the vagus nerve, the longest cranial nerve in the body. While many find relief from one or more of these options, a third of those who suffer from epilepsy are not able to manage their seizures, according to the U.S. National Institutes of Health (NIH). Below we take a look at a range of innovative therapies designed to detect, stop, or find a cure for epilepsy.

In our article on electroceutical treatments, we highlighted a London company called LivaNova (LIVN) that offers an implantable Vagus Nerve Stimulation (VNS) therapy that has been approved by the U.S. Food and Drug Administration (FDA) to help treat those with partial seizures who do not respond to seizure medications. A medical device company with a lengthy track record of returning value to investors, Medtronic (MDT) got FDA pre-market approval last year for its Deep Brain Stimulation (DBS) therapy for use in reducing partial-onset seizure for those who have proven to not respond to three or more antiepileptic medications. DBS therapy delivers controlled electrical pulses to an area in the brain called the anterior nucleus of the thalamus, which is part of a network involved in seizures. Yet another company offering a variation of brain stimulation therapy is NeuroPace, which markets its responsive neurostimulation device, or RNS system, as “the first and only brain-responsive neurostimulation system designed to prevent epileptic seizures at their source.”

The NIH is funding further research into implantable devices that can detect, predict, and stop a seizure before it happens, “working closely with industry partners to develop pattern-recognition algorithms,” which sounds an awful lot like artificial intelligence and machine learning will be at the forefront of some future diagnostics and treatment. AI in healthcare has been an ongoing theme around here, with a recent dive into AI and mental health. Back to AI and epilepsy: A group of neurologists at the Medical University of South Carolina developed a new method based on artificial intelligence to predict which patients will see success with surgical procedures designed to stop seizures. Sounds like a great idea to learn beforehand if it’s necessary to crack open your skull.

A Boston area startup called Empatica, spun out from MIT in 2011, has raised $7.8 million for a smartwatch that detects possible seizures by monitoring subtle electrical changes across the surface of the skin. Other methods normally rely on electrical activity in the brain that tracks and records brain wave patterns called an electroencephalogram. Empatica’s seizure detection algorithm, on the other hand, can detect complex physiological patterns from electrodermal activity that is most likely to accompany a convulsive seizure. Psychology Today reported that the device, Embrace Watch, received FDA approval earlier this year for seizure control in children after getting the green light for the technology for adults in 2018.

The Empatica smartwatch can detect electrical currents in the skin to predict the onset of an epileptic seizure. Credit: Empatica

AI and drug discovery for better epileptic drug candidates is yet another application that we would expect to see grow in the coming years. Silicon Valley-based startup System1 Biosciences raised $25 million last year, which included Pfizer among its dozen investors. System1 builds a sort of brain model for testing drug candidates using stem cell lines derived from patients with brain disease. The company uses robotic automation to develop these three-dimensional cerebral organoids, allowing it to generate huge datasets in a relatively short amount of time, then applying “advanced data analysis” (also AI?) to detect patterns that might match the characteristics of a neurological disease (what it refers to as deep phenotypes) such as epilepsy with novel treatments.

We’ve written extensively about the suddenly booming hemp CBD market, noting that the FDA approved a CBD-based drug for epilepsy last year in our recent article on the best certified CBD oils on the market. However, we’ve only briefly profiled the company behind Epidiolex for treating rare forms of epilepsy, GW Pharmaceuticals (GWPH). Sporting a market cap just south of $5 billion, GW Pharmaceuticals has taken in about $300 million in post-IPO equity since our article, bringing total post-IPO equity funding to about $568 million. Aside from its successful epileptic drug, GW also developed the world’s first cannabis-based prescription medicine for the treatment of spasticity due to multiple sclerosis that is available in 25 countries outside the United States.

Back on the epilepsy side, Epidiolex has been approved for two rare forms of epilepsy, with clinical trials underway for two more rare neurological disorders associated with seizures – tuberous sclerosis complex and Rett syndrome. Also in the pipeline is a drug dubbed CBDV (GWP42006) that’s also for treating epileptic seizures, though the results of a trial last year were not encouraging. The same compound is also being investigated for autism. Be sure to check out our article on Charlotte’s Web, a CBD company that came about because of epilepsy.

Helping Cells Get Their Vitamin K

Neuroene Therapeutics is a small startup spun out of the Medical University of South Carolina that recently picked up $1.5 million in funding to tests its lead drug compounds, which are analogous to the naturally occurring form of vitamin K that is essential for brain health. In particular, the lab-developed vitamin K protects the integrity of the cell’s mitochondria, which serves as a sort of power plant for brain cells, helping the neural circuit fire better. Unfortunately, you can’t get the effect from simply eating a bowl of Special K each morning covered in an organic sugar substitute, so the company is developing a method to deliver the effects directly to the brain.

A Nasal Spray to Stop Seizures

Founded in 2007 near San Diego, Neurelis licenses, develops, and commercializes treatments for epilepsy and other neurological diseases. It has raised $44.8 million in disclosed funding, most coming in a $40.5 million venture round last November. The company’s flagship product is called Valtoco, a formulation that incorporates diazepam, an existing drug used to control seizures and alcohol withdrawal, with a vitamin E-based solution that is delivered using a nasal spray when a sudden seizure episode occurs. The product uses an absorption enhancement technology called Intravail developed by another San Diego area company called Aegis Therapeutics that Neurelis acquired in December last year. Neurelis submitted Valtoco to the FDA for approval in September.

While many people with epileptic conditions can control their seizures with many of the current medications or other therapies available now, there’s a big chunk of the population that is living with uncertainty. Considering the strong link between neurological disorders like epilepsy and certain neurodegenerative disorders, expect to see some good synergies in the next five to 10 years, especially as automation and advanced analytics using AI start connecting the dots between genetics, biochemistry, and brain disorders.