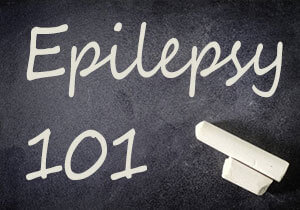 What to know about seizure disorders

What to know about epilepsy/seizure disorders

A seizure is an unregulated, abnormal electrical discharge in the brain that temporarily disrupts normal brain functioning. Seizures occur in the brain’s cortical gray matter but may affect several other regions of the brain.

The most common causes of seizure disorders vary by age in many cases. Examples based on age include:

There are three major types of seizure disorders:

Epilepsy or ESD is a chronic neurological condition that causes someone to experience two or more seizures that are unprovoked, meaning they are not related to stressors or temporary disorders. Seizures resulting from ESD also occur more than 24 hours apart.

Also called pseudoseizures, psychogenic nonepileptic seizures cause similar symptoms to seizures in people, but they are not due to abnormal electrical brain activity.

These are seizures that a certain stressing factor or temporary condition provokes. Some causes of nonepileptic seizures include:

The International League Against Epilepsy (ILAE) created a new classification system for seizures in 2017. This system first classifies seizures based on the type of onset or where they originate in the brain.

The main types of seizures in the ILAE classification system are:

The main types of generalized-onset seizures are:

Tonic-clonic seizures can cause someone to have muscle twitching, jerking, spasming, or stiffening, often on both sides of the body. Many people become unconscious and fall to the ground or cry out during tonic-clonic-type seizures, which are also known as grand mal seizures.

Doctors classify seizures as unknown-onset seizures if they do not know how the seizure occurred or developed. As more information becomes available, a doctor may diagnose the person with focal or generalized seizures.

The type of seizure and the symptoms it produces can vary among individuals. Many people fall to the ground when they have a severe seizure. More minor seizures may only cause someone to feel odd or act oddly. Most seizures only last for a few seconds to minutes.

Many people who are having a seizure experience one or more of the following symptoms:

Many people develop the following symptoms for a few minutes to hours after having a generalized-onset seizure:

The best treatment plan for people with seizures or seizure disorders depends on the cause of the condition. Treatment options include:

Implanting medical devices may benefit people who cannot undergo surgery. These help control seizures by stimulating the left vagus nerve with a pacemaker-like device in combination with antiseizure medications. Implanting a programmable responsive neurostimulating device in up to two focal areas where seizures start can also stop seizure activity from happening before it starts.

Focal seizures that develop in parts of the brain that a surgeon can remove often improve significantly after surgery. Surgical treatment of seizures sometimes eliminates the further use of antiseizure medications. However, some people may still need to take the medications, though often in lower dosages or only one drug at a time.

Seizures can be scary and seem dangerous, but most seizures that are minor or only last a few seconds to minutes are harmless.

People with seizure disorders can do several things to help manage their seizures and reduce the risk of harm. Common management tips include:

A person who does not have a diagnosis of a seizure disorder but experiences a seizure should contact a doctor as soon as possible. They should also contact a doctor if diagnosed seizures get worse, become more frequent, or cause new or different symptoms.

People who are around someone experiencing or recovering from a seizure must often decide whether to seek emergency care.

It is important to call 911 or take someone to an emergency department if they have:

Several conditions can cause seizures and seizure disorders.

The World Health Organization (WHO) reports that with proper treatment, up to 70% of people with epilepsy could stop experiencing seizures by taking antiseizure medication.

People should contact a doctor if they have a seizure for the first time, or if their seizures worsen or change.

It is important to seek emergency care if someone has a seizure for more than 5 minutes, has multiple seizures back to back, or has trouble walking or breathing after a seizure.