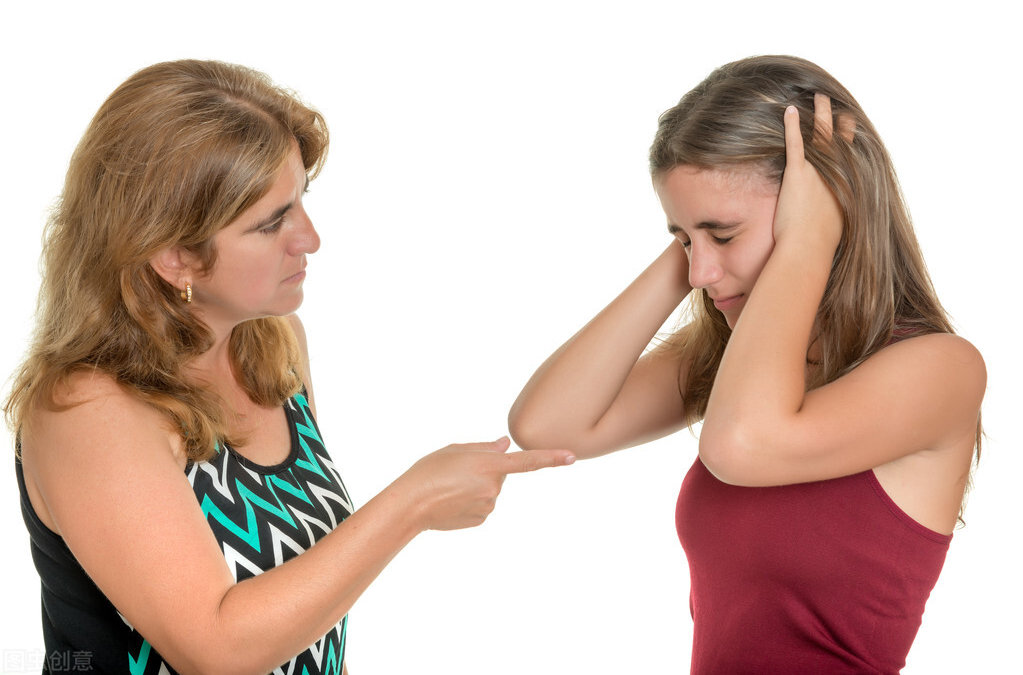 Pediatric neurologists often have to work as mediators between parents and their children, particularly when the patients cross into the teenage years. From medication adherence to epilepsy treatments to vaccines, the neurologists we interviewed said it takes time, communication, and sometimes a team approach to handle disagreements.

Pediatric neurologists often have to work as mediators between parents and their children, particularly when the patients cross into the teenage years. From medication adherence to epilepsy therapies, neurologists said it takes time, communication, and sometimes a team approach to handle disagreements.

William D. Gaillard, MD, FAES, director of the Comprehensive Pediatric Epilepsy program at Children’s National Hospital and professor of neurology and pediatrics at The George Washington University, said this is an issue that comes up with many teenage patients with medical conditions. As with all chronic disorders, the goal is to get younger patients to take ownership of their medical condition before they become teenagers.

“This is a common situation with pediatric medicine; you have to take care of the child as well as the parents. There are teenagers who are not compliant, but I find that’s pretty rare. Maybe they aren’t compliant because they are angry about their disease, or they don’t like the medicine and how it makes them feel. You have to work with them,” Dr. Gaillard said. “I remember two patients who were non-compliant. One was 30 years ago, and I asked, ‘Why don’t you take your medicine?’ and she said, ‘because it doesn’t work.’ And you know, it didn’t, so that made sense. Fortunately, she was a good candidate for epilepsy surgery, which she had and became seizure free.”

Sometimes coming to an agreement takes outside intervention. Dr. Gaillard’s other patient was a young woman whose parents wanted her to take her medication, but she refused, saying that she didn’t think her seizures were a big deal, as she felt no pain and didn’t remember them. Then she went to camp for children with epilepsy.

“She saw other kids having seizures for the first time. She went back and asked her mom and dad, ‘Is that what I do?” and they said ‘yeah,’” said Dr. Gaillard. “And you know, after that, she took her medication and she became seizure free.”

Walter J. Molofsky, MD, director of pediatric neurology at Mount Sinai Health System in New York, said patients with neurobehavioral disorders present some of the biggest challenges, particularly when it comes to medication compliance, but the challenge often stems from accepting the disorder, not the age of the patient.

“It’s a question of recognition,” Dr. Molofsky said. “Many people with these types of disorders don’t recognize, or won’t recognize that they have a problem, so when therapies are recommended, you sort of have to first work on convincing them that there is some level of dysfunction happening. It could be just talking about behavior issues or social interactions and how they engage in their environment.”

“In terms of medication specifically, I deal with a lot of ADHD medication that they either wanted, or the family feels they would benefit from, but this situation is not a medical absolute,” he said. “It’s not like insulin—some of these medications are a fielder’s choice. In that case, you can take it slow, and the most important issue is communication and reaching some common ground.”

Overwhelmingly, doctors made it clear that it’s the patient who comes first, no matter what the age. Inna Hughes, MD, PhD, an associate professor of pediatrics and neurology at the University of Rochester, said that the patient has to live with the consequences of their decision, whether that involves taking medication or having surgery.

“You have to have relatively 100 percent buy-in from pretty much everybody involved; I’ve actually had several teens specifically choose not to do laser surgery, even though it would have helped their seizures,” she said. “It was just that idea of having a surgery when they were a teen and going through high school with scars on their head and worries like that… even if their parents said ‘No, I want that thing out of their head right now.’”

Dr. Hughes said one of her young patients who had epilepsy surgery a year ago stopped taking her seizure medications, despite recommendations that she stay on them for a year post-surgery. The teen said she was tired of taking the medications, and she knew the end goal was to take her off the medicine, so she decided to stop taking it and didn’t tell anyone. The 14-year-old ended up having a non-epileptic event that was brought on, in part, by the stress of keeping that secret.

Dr. Hughes said she tries to get parents to see that they’re raising successful adults, and part of being an adult is teaching them to voice their opinions and make sure their concerns are recognized. With pediatric neurology patients, that needs to start as early as possible, because those who let their parents make their decisions do not do as well when transitioning out of the home, whether it’s moving onto college or becoming a successful adult in general.

Conflicts between teenage patients and parents are fairly common, Dr. Hughes said, to the point where handling those disagreements are part of the resident training at University of Rochester.

“We talk to our residents and students a lot about the importance of patient education and patient autonomy, and that those things have to be present starting when patients are kids,” she said. “If a kid says, ‘I don’t want to do this thing,’ you can’t force them to do it, you have to essentially talk them into it by appropriate education. If you are forcing someone to do something against their will, that’s not ethically appropriate. It’s one thing if they’re 5 years old and are just saying ‘I don’t want to,’ but it really becomes unethical when someone is at an age where we think that they should have the appropriate skill set to start to think about whether or not they can do something. When you’re talking to a 14- or 15- year-old, they’re not that cognitively far away from an 18-year-old. And we should be giving them the information and the skills to be able to make those choices.”

Edward “Rusty” Novotny, MD, FAAN, a professor of neurology and pediatrics at the University of Washington, and director of the epilepsy program at Seattle Children’s Hospital, said it’s helpful to have someone besides the physician for parents and their children to consult when making major medical decisions. At Seattle, if a patient is considering surgery to address epilepsy seizures, a social worker is also involved and so is neuropsychologist.

In one case, a 16-year-old patient was kind of “gung-ho” to have surgery, to the point of wanting to have invasive procedures done as part of the pre-surgery evaluation. His mother was supportive, but his father was “kind of dead-set against it moving forward,” said Dr. Novotny.

The team got together to come up with options.

“In this particular case, we were able to identify that the patient was eligible for a less invasive procedure called laser ablation,” he said. “Because the type of surgery was less invasive, then they, as a family, as a group, agreed to move forward.”

Vaccination of teens for COVID-19 has been another issue that has sometimes pitted parents against their children, according to a perspective published in January in the New England Journal of Medicine by Susanna McGrew and Holly A. Taylor, PhD, MPH. They noted the ability of adolescents to consent to COVID-19 vaccination is complicated by inconsistent regulations.

“Given the importance of the COVID-19 vaccination, we believe adolescents should be able to independently consent to vaccination, even when their parents don’t want them to be vaccinated,” they wrote.

But the physicians interviewed by Neurology Today said that disagreements over vaccines have not been particularly common, with the vast majority of patients, and their parents, wanting to get vaccinated. Education has been key, they said, as they point out that getting COVID-19 may exacerbate seizures and other neurologic disorders.

Dr. Molofsky noted that whether it’s working with younger patients who have bipolar disorder, epilepsy, or attention deficit hyperactivity disorder, physicians need to take stock of the maturity of their patient and communicate appropriately. For example, with a teenager who doesn’t want to take their medication for a neurobehavioral disorder he tries to understand why and address those concerns first.

“I’ll say, ‘Let’s see if we can do this together. I respect that you don’t want to change the aspects of your personality that you may find joyous, so let me tell you about my approach: I would start with a very low dose of medication, and we’ll check in, every week, every two weeks, and we’ll talk about how and if it’s helping you, and here’s my cell phone number if you need me,’” Dr. Molofsky said. “You have to understand you’re here because you can’t go on like this.”

Sometimes he finds himself up against a brick wall but tries to be respectful. And he talks to the parents and teenage patient separately and tries to shift the focus from a parent-child conflict to a doctor-patient discussion.

Dr. Gaillard added that it’s important for doctors to understand the frustration that children face when accepting that this could be a lifetime issue, whether it’s medication side effects or driving limitations or dietary restrictions. It can be overwhelming and exhausting.

“So, you’d better be talking to the patient at their level, especially teenagers,” he said. “Once kids get to the age of 13, they should have the right to contact the pediatrician’s office, no questions asked, have a visit, have the parents pay the bill, and get whatever medications and questions answered, and not involve the parents.”

“You have to respect their growing autonomy, and they have to have the ability to speak with someone, otherwise, they’re going to go to someone and not get the right care,” Dr. Gaillard said. “And the parents should understand that this is in the best interest of my child.”