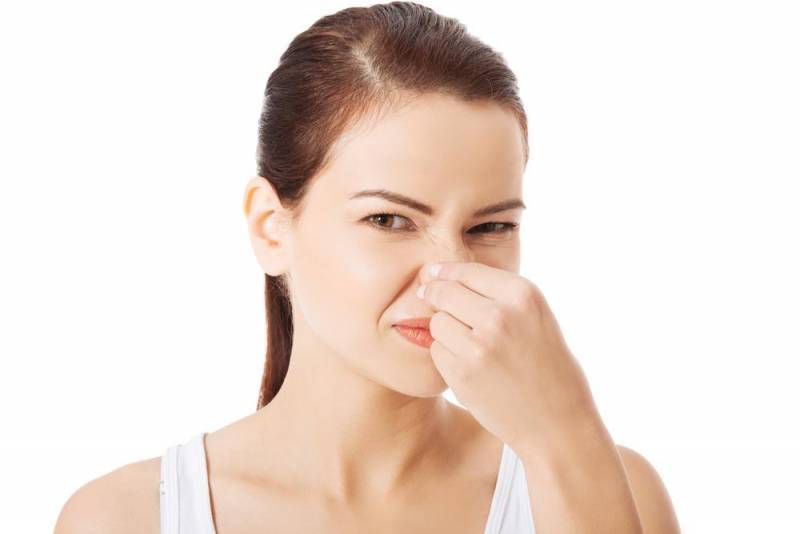 Hyperosmia is a disorder that manifests as a hypersensitive sense of smell. It is caused when people have more significant problems with withstanding odor.

Hyperosmia is a disorder that manifests as a hypersensitive sense of smell. It happens when people have more significant problems with withstanding odor. There are different causes of hyperosmia, some genetic, some hormonal, and some environmental. Some of the examples include pregnancy, epilepsy, Addison’s disease, various psychiatric conditions, Lyme disease, or multiple sclerosis.

Various things that can strongly affect our smell can cause it as well.  Exposure to certain kinds of toxins can also cause a disturbance in our sense of smell, for example, mercury or lead. Other examples include nutritional deficiencies, tumors, and diabetes.

What Are The Symptoms Of Hyperosmia

The symptoms of hyperosmia are simple to determine. People suffering from it experience smells more intensely than other people. Certain odors may cause illness or irritation in people with hyperosmia. Their sense of smell is heightened to the point of it becoming a huge nuisance. Although what triggers hyperosmia may vary from person to person, some smells are known to cause a reaction more often than others. Some of those are perfumes, scented candles, chemical smells, and cleaning products. Since a multitude of things can cause hyperosmia, there could be other symptoms that can appear.

Hyperosmia is often tied to a different condition that the person is suffering from. It can also cause other health issues as well, like nausea, vomiting, and headaches. Migraines can also often happen because of hyperosmia. Sometimes they happen due to changes in the environment, such as sudden changes in the weather. Since changes in the environment can cause different new smells to appear, the migraines caused by them could also happen due to hyperosmia. Some people start suffering from anxiety or depression because of it.

Genetic reasons why people acquire hyperosmia still have not been properly researched. What we do know is that it often occurs in unison with some other medical condition. These conditions can easily cause a change in the sense of smell, which can cause hyperosmia. One of the possible causes of it is pregnancy. The hormonal changes that happen then can influence the sense of smell, most often by heightening it. This may lead to hyperosmia, and with it, nausea and vomiting. However, it usually goes away when the pregnancy ends.

Autoimmune disorders can cause this condition as well, sometimes caused by the kidneys not functioning properly, while other times it is because of the nervous system. Lyme disease causes hyperosmia often as well since it also affects the nervous system. There are some other neurological disorders with the potential to cause it, such as epilepsy, Parkinson’s disease, multiple sclerosis, and others.

How To Treat It

Environmental causes of hyperosmia have not been researched extensively yet, but medical experts do believe we can draw some conclusions into how they work. According to one research, amphetamine could be the cause of hyperosmia in humans. Another research has shown that inhaling hydrocarbons can also cause this condition.

The treatment for hypersomnia is to remove the person that has it from places with strong odors for a while. It is important to do so if the unpleasant sensation of bad smell becomes unbearable. If the cause for hyperosmia is environmental, it will usually return.