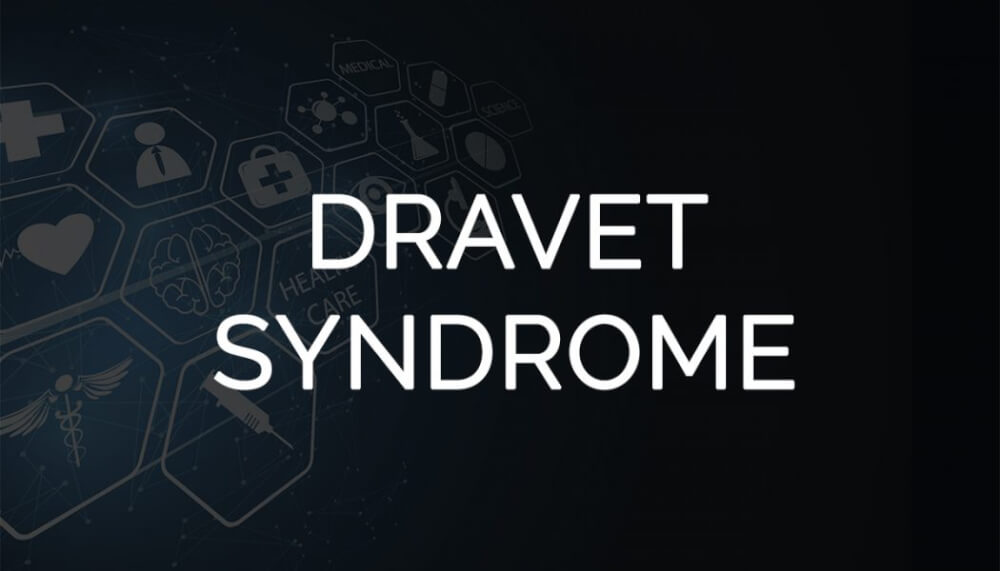 What Is Dravet Syndrome?

Dravet syndrome is a severe type of childhood epilepsy characterized by prolonged seizures that begin in the first year of life. It is a rare condition that affects one in 20,000 to 40,000 people worldwide.

Dravet syndrome is a genetic condition. In 80% of Dravet patients, the disease is caused by mutations in the SCN1A gene. The remaining 20% of cases are thought to be the result of mutations in other genes, some of which have yet to be identified.

Dravet syndrome is characterized by seizures that last longer than five minutes and are difficult to control with anti-epilepsy medications. The seizures may be triggered by fever, illness, a warm bath, or warm weather, particularly in the early phases of the disease.

Symptoms of Dravet syndrome may range from sleeping disorders and behavioral problems to a higher risk of infections.

In the long term, most children with Dravet syndrome experience developmental problems to some extent, such as cognitive impairment and weakness in muscle coordination known as ataxia.

How Dravet syndrome is treated

Previous experiences have shown that treatment with valproate, topiramate, clobazam, or stiripentol may reduce seizures in Dravet syndrome patients. These medications can also be combined for a more effective reduction in seizure frequency.

Additionally, a ketogenic diet, a very strict low-carbohydrate and limited protein, high-fat diet, may also be prescribed by an experienced physician if anti-epileptic medicines do not help the patient sufficiently.

Research on developing new and more efficient treatments for Dravet syndrome is ongoing. Two experimental therapies, ZX008 and Epidiolex, are in clinical trial to evaluate their safety and effectiveness in Dravet syndrome.

Dravet syndrome is a lifelong condition with serious implications on the quality of life of patients and their families.

Long and frequent seizures may have severe consequences, including sudden unexpected death in epilepsy (SUDEP), status epilepticus (SE), and a higher risk of accidents such as drowning or injuries.

However, with regular care and supervision, the majority of Dravet syndrome patients can manage their symptoms during adulthood.