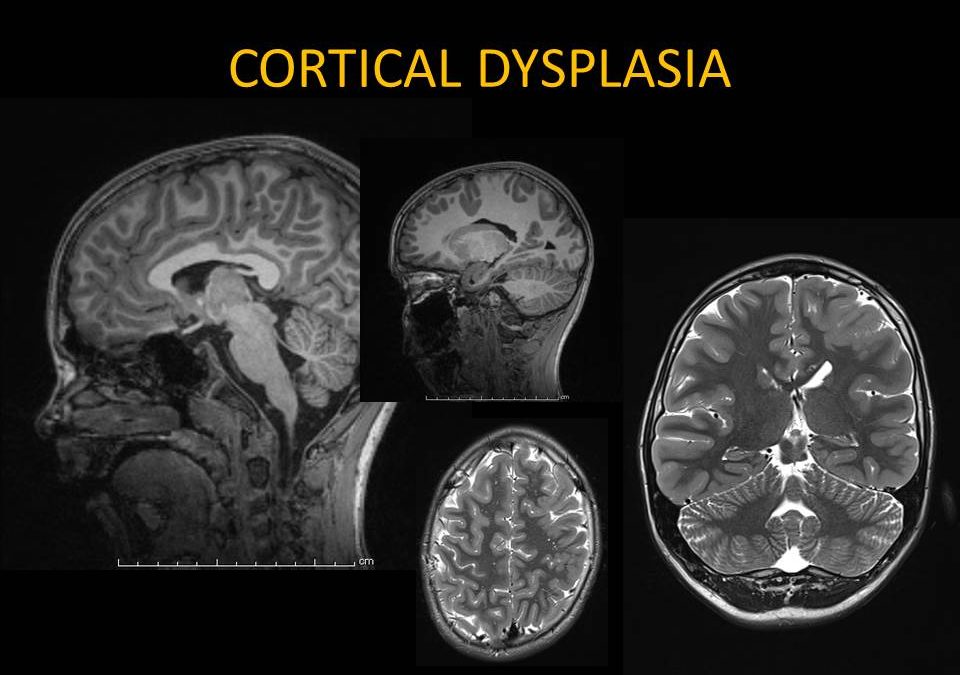 What Is Cortical Dysplasia? 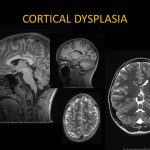 Focal cortical dysplasia (FCD) is a congenital abnormality of brain development where the neurons in an area of the brain failed to migrate in the proper formation in utero. Focal cortical dysplasia is a common cause of intractable epilepsy in children and is a frequent cause of epilepsy in adults. KNOWN CAUSES of FCD : intrauterine infection & ischemia, and chromosomal mutations. Manifestation : epilepsy, development delay, focal neurologic signs.There are several sub-types of FCD.  All forms of focal cortical dysplasia lead to disorganization of the normal structure of the cerebral cortex.  Some recent evidence may suggest a role for in utero infection with certain viruses such as cytomegalovirus and human papilloma virus may cause FCD.  Seizures in FCD are likely causes by abnormal circuitry.  Abnormal cells generate abnormal electrical signals which spread out to affect other parts of the cerebral cortex. Medication is used to treat the seizures that may arise due to cortical dysplasia. Epilepsy surgery to remove areas of FCD is a viable treatment option for appropriate candidates. 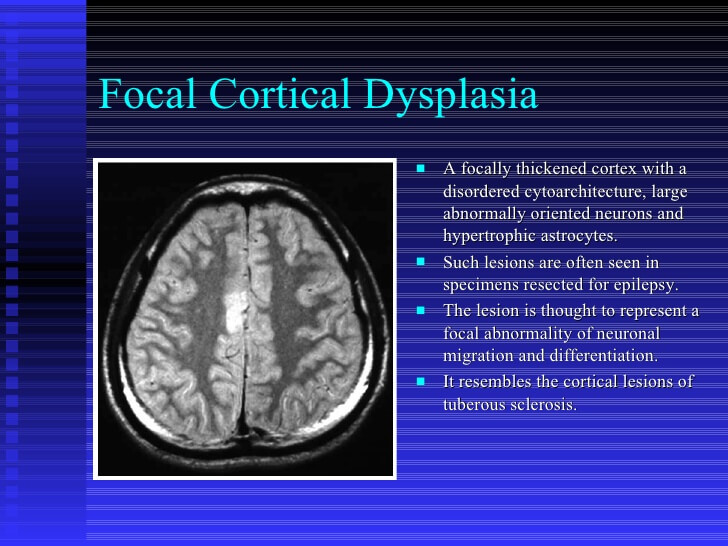 No specific treatment is required for cortical dysplasia, and all treatment is aimed at the resulting symptoms (typically seizures). When a cortical dysplasia is a cause of epilepsy, then seizure medications (anti-convulsants) are a first line treatment. If anti-convulsants fail to control seizure activity, neurosurgery may be an option to remove or disconnect the abnormal cells from the rest of the brain (depending on where the cortical dysplasia is located and the safety of the surgery relative to continued seizures). Neurosurgery can range from removing an entire hemisphere (hemispherectomy), a small lesionectomy, or multiple transsections to try to disconnect the abnormal tissue from the rest of the brain (multiple subpial transsections). Physical therapy should be considered for infants and children with muscle weakness. Educational therapy is often prescribed for those with developmental delays, but there is no complete treatment for the delays.