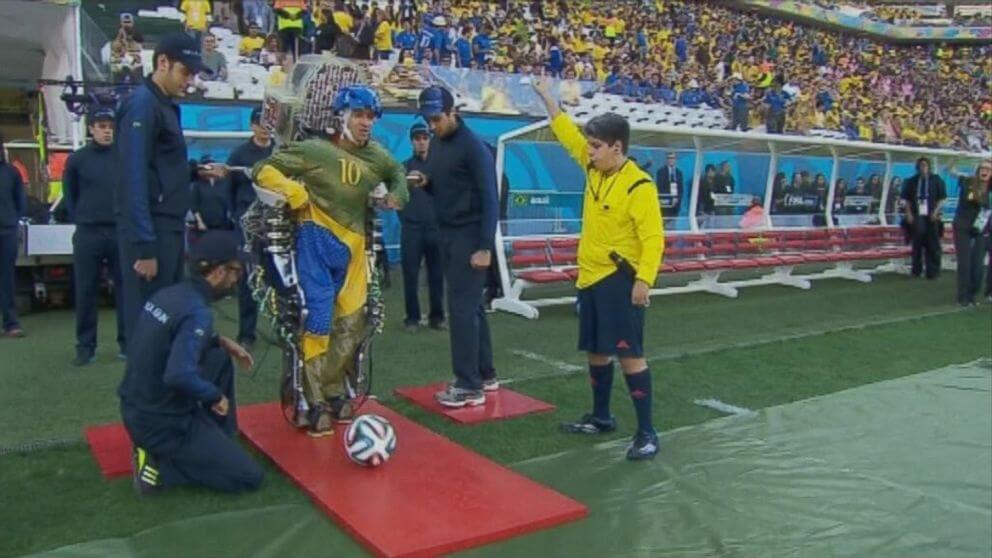 What can brain-controlled prosthetics tell us about the brain? 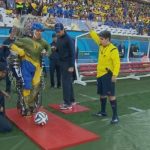 The ceremonial opening kick of the 2014 FIFA World Cup in Sao Paolo, Brazil, which was performed–with the help of a brain-controlled exo-skeleton–by a local teen who had been paralyzed from the waist down due to a spinal cord injury, was a seminal moment for the area of neuroscience that strives to connect the brain with functional prosthetics. The public display was a representative of thousands of such neuroprosthetic advances in recent years, and the tens of years of brain research and technological development that have gone into them. And while this display was quite an achievement in its own right, a Drexel University biomedical engineer working at the leading edge of the field contends that these devices are also opening a new portal for researchers to understand how the brain functions.

Karen Moxon, PhD, a professor in Drexel’s School of Biomedical Engineering Science and Health Systems, was a postdoctoral researcher in Drexel’s medical school when she participated in the first study ever to examine how the brain could be connected to operate a prosthetic limb. More than 15 years after that neuroscience benchmark, Moxon’s lab is showing that it’s now possible to glean new insight about how the brain stores and accesses information, and into the causes of pathologies like epilepsy and Parkinson’s disease.

In a perspective published in the latest edition of the neuroscience journal Neuron, Moxon and her colleague, Guglielmo Foffani from San Pablo University in Spain, build a framework for how researchers can use neuroprosthetics as a tool for examining how and where the brain encodes new information. The duo highlights three examples from their own research where the brain-machine-interface technology allowed them to isolate and study new areas of brain function.

“We believe neuroprosthetics can be a powerful tool to address fundamental questions of neuroscience,” Moxon said. “These subjects can provide valuable data as indirect observers of their own neural activity that are modulated during the experiments they are taking part in. This allows researchers to pinpoint a causal relationship between neural activity and the subject’s behavior rather than one that is indirectly correlative.”

The challenge faced by all scientists who study the brain is proving a direct relationship between the action of the subject and the behavior of brain cells. Each experiment is designed to chisel away at the uncertainty in this relationship with the goal of establishing causality–proof that the behavior of neurons in the brain is actually what is causing a subject to perform a certain action. Or, conversely, that a certain neural behavior is the direct result of an external stimulus.

Neuroprosthetics, according to Moxon, could be the way around this obstacle. This is because the prosthetic, as a stand-in for an actual body part or set of them, is also a vehicle for getting real-time feedback from the brain.

“Subjects can be viewed as indirect observers of their own neurophysiological activity during neuroprosthetic experiments,” Moxon said. “To move the prosthesis they must think both about the motor functions involved and the goal of the movement. As they see the movement of the prosthetic their brain adjusts in real time to continue planning the movement, but doing it without the normal feedback from the moving body part–as the prosthetic technology is standing in for that part of the body.”

This separation of planning and movement control was pivotal to Moxon’s research on how the brain encodes for the passage of time, which she recently reported in the Journal of Neuroscience. But this is just one example of how brain-machine-interface technology can be used to experimentally tease out and observe new certainties about the brain.

Moxon, who was recently elected a fellow of the American Association for the Advancement of Science and the American Institute for Medical and Biological Engineers, suggests that in addition to the study of how neurons encode and decode information in real time, incorporating neuroprosthetics into experiments could also show how this coding process changes with learning and is altered in pathological conditions like the ones that cause epilepsy and Parkinson’s disease.

“While the past 15 years have witnessed tremendous advancements in neuroprosthetic technology and our basic understanding of brain function, the brain-machine-interface approach is still expanding the landscape of neuroscienctific inquiry,” Moxon said. “By circumventing classical object-observer duality, the BMI research paradigm opens doors for a new understanding of how we control our own brain function including neural plasticity–and this has the potential to lead to new treatments and therapies for epilepsy, Parkinson’s and other pathologies.”