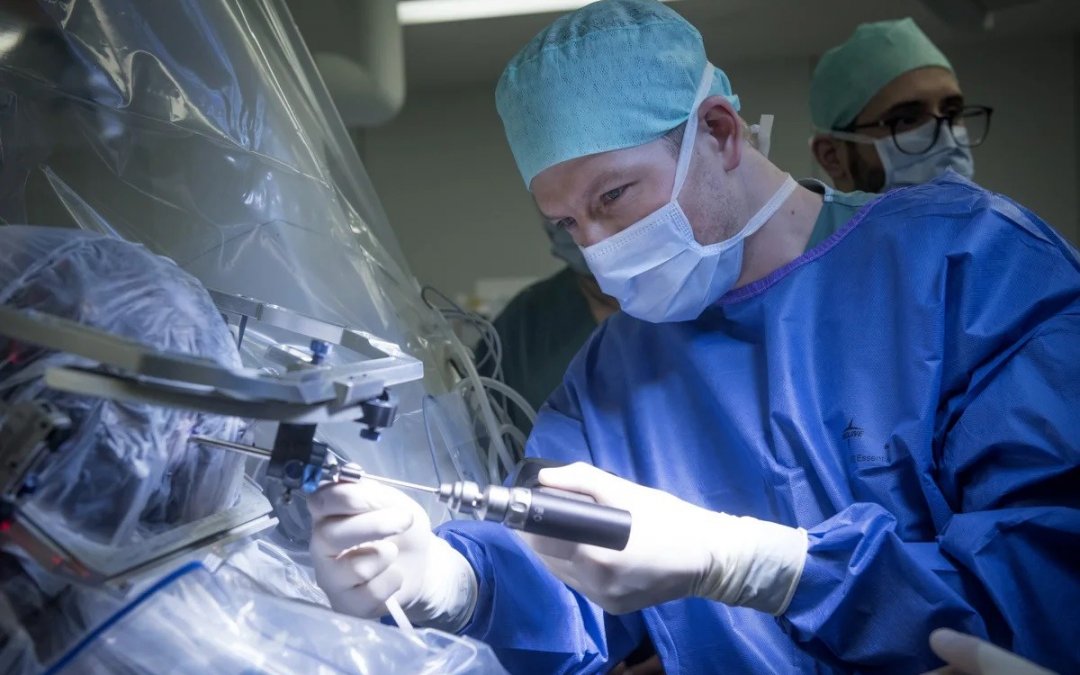 A team at the Leuven university hospital has carried out a new minimally invasive brain operation to treat a young woman with epilepsy.

The team under Professor Tom Theys used a laser in tandem with an MRI scanner to help locate exactly the tissue to be removed from the patient’s brain – the first time the technique has been used in the Benelux.

Some cases of epilepsy are so serious that conventional medication offers no relief, and patients – estimated at one in three of all cases of epilepsy – suffer regular repeated seizures. That makes it difficult for them to live a normal life.

In such cases, doctors may turn to the option of tissue ablation – using electrodes to burn out the brain tissue which is causing the problem.

However such surgery is extremely invasive as well as potentially dangerous. Everything depends on the surgeon’s accuracy in targetting the unwanted tissue while leaving surrounding tissues undamaged.

Prof. Theys turned for treatment of this intractable case to a technique used in the United States but so far rarely used in Europe.

The patient is installed under general anaesthetic in an MRI scanner while the procedure is carried out. The scanner, which uses magnetic radiation imaging, then acts as a kind of GPS for the surgeon, helping to locate the tissue to be removed, guiding the laser and, at the same time, monitoring the temperature of tissues in the surrounding area.

The laser itself is introduced into the skull through a small hole into which is inserted a narrow tube. Because the surgeon can see what is happening via the scanner, there is no need to cut a hole large enough to see into, so that the technique is less invasive and recovery time faster.

“Such a laser treatment is a delicate brain operation, but this intervention went off technically perfectly,” said Prof. Theys in a press release.

“The abnormal brain tissue was burned away without causing any damage to the ordinary brain tissue. The fact that we were able to burn off the brain tissue in a controlled manner and in real time is an important advantage. It would be good to get together with other epilepsy centres to see how we in Belgium could offer this pretty expensive procedure to the limited number of patients who really need it.”

This first Belgian use of the technique involved the hospital’s neurology, anaesthesiology, radiology and neurosurgery departments. It is hoped in the future also to apply the MRI/laser technique to other brain surgeries, for example for the removal of tumours.