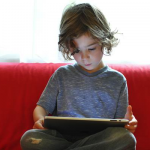 A University of Warwick study to understand a form of epilepsy that affects children has received a grant from the charity Epilepsy Research UK.

The research focuses on absence epilepsy which is largely a childhood condition which is characterized by sudden, brief interruptions of consciousness. In severe cases there may be more than 200 of these episodes each day, and these can be accompanied by or develop into convulsive seizures. Many children with absence seizures don’t respond to existing antiepileptic medication, which can present numerous difficulties in daily life, particularly with schooling.

Dr Mark Wall, associate professor in the faculty of Life Sciences, is leading the research. He said: “Our work will hopefully identify a new therapeutic target to treat absence epilepsy and increase understanding of the disease. The findings from this project will give important new information about how absence seizures arise, and may reveal new targets for the development of more promising treatments. The methods used will also be useful for the screening process of anti-absence seizure drugs in the future.”

The research will examine brain cells called glial cells, which support neurons and are important for maintaining correct communication between them. More specifically, Dr Wall hopes to find out if a loss of glial cell function is responsible for the increased inhibition that leads to absence seizures.

Electroencephalogram or EEG tests of absence seizures show a specific pattern of brain activity that arises within a neuronal network called the thalamo-cortical network. The mechanisms that generate these episodes are still not fully understood, but evidence shows that enhancement of a particular type of inhibitory communication between neurons may be responsible. Attempts to develop treatments that directly reduce this inhibition have failed because of side effects, so researcher have identified that a more targeted approach is required.

The group will use a range of laboratory techniques to explore, in depth, how certain aspects of glial activity are altered in a model of absence epilepsy. They also plan to investigate whether it is possible to reduce or even prevent absence seizures by enhancing glial cell activity.

The 18-month pilot grant of £29,300 was officially announced at a reception on Monday 15 May at the Royal Society, which coincided with National Epilepsy Week. Six other grants were also announced. Chief Executive of Epilepsy Research UK, Mike Rich, said: “Research not only improves the lives of people right now, but will also improve the lives of the many people who will develop epilepsy in the future. Research is essential if we are going to find a cure, new treatments, or greater understanding of the condition. At Epilepsy Research UK we provide the funding for the research that will help change lives. This is something we can all do together”.