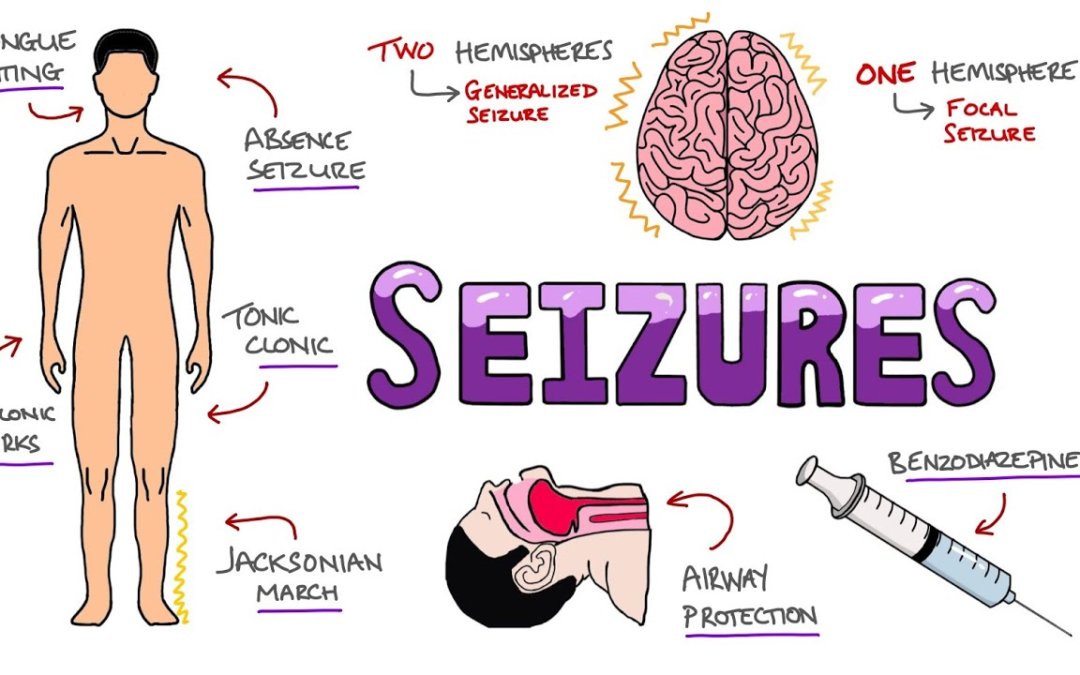 NYU Langone specialists at the Comprehensive Epilepsy Center have expertise in recognizing the many types of epilepsy and seizure disorders affecting adults.

Epilepsy is a neurological disorder in which a person has two or more unprovoked seizures that occur more than 24 hours apart. A seizure is an excessive surge of electrical activity in the brain that can cause a variety of symptoms, depending on which parts of the brain are involved. “Unprovoked” seizures are those that are not brought on by a clear cause, such as alcohol withdrawal, heart problems, or hypoglycemia, which is when a person has extremely low blood sugar levels.

Seizures may be the result of genetics or a brain injury, but often their cause is unknown. The words “seizure disorder” and “epilepsy” are often used interchangeably. However, “provoked” seizures, such as those due to severe hypoglycemia, are not considered to be forms of epilepsy.

There are two main types of seizures—focal, which are also called partial seizures, and generalized.

Focal seizures begin with an abnormal electrical discharge restricted to one small region of the brain. They are further categorized by the area of the brain in which they originate and their effect on consciousness, responsiveness, and memory.

Symptoms can include altered behaviors, thoughts, or movements. Focal seizures can spread widely throughout the brain, causing a tonic–clonic seizure, which is a generalized seizure that involves a loss of consciousness.

Focal seizures may be caused by an underlying structural abnormality in the brain. However, MRI scan results are often normal. Even though doctors can’t see an abnormality, they presume something is wrong with a group of neurons, or brain cells, in one or more specific areas. A person may have a cortical dysplasia, in which a region of the brain did not develop typically, with brain cells failing to form in proper layers.

Focal seizures can also be due to head trauma, stroke, infection, tumors, or other causes.

Certain genetic disorders can also cause focal seizures. One type of epilepsy runs in families and causes seizures during sleep, for instance. Another such cause of focal seizures is tuberous sclerosis, a rare genetic disease that causes benign tumors to grow in multiple organs of the body, such as the brain, lungs, and heart, and triggers seizures.

Focal seizures can be so mild that people remain completely aware during the seizures. These seizures often go undiagnosed until more severe seizures occur. Those that impair awareness are referred to as complex partial seizures.

Temporal lobe seizures, a category of focal seizures, are the most common type of epilepsy. The temporal lobe is located beneath the temples, on either side of the head. It is responsible for memory, emotions, interpreting sound, and understanding language.

Seizures in the temporal lobe vary in intensity. They may be so mild people barely notice them. For example, a person may notice an odd feeling in the stomach or say that something smells “funny.” At other times a person may feel consumed by feelings of fear, anxiety, or a sense of déjà vu or loss of reality.

People with temporal lobe seizures tend to perform repetitive movements, called automatisms, during complex partial seizures. These may include lip smacking and rubbing their hands together.

Frontal lobe epilepsy is the second most common form of epilepsy. It involves the frontal lobe, which is located behind the forehead and is responsible for movement, decision making, problem solving, and emotions.

Depending on the area of the frontal lobe involved, symptoms may include night waking, thrashing, and bicycling movements of extremities. These seizures often occur at night, during sleep.

Occipital lobe seizures account for 5 percent of all seizures experienced by people with epilepsy. There may be no known cause of this type of seizure, or a person may be found to have a lesion, or injured area, in the occipital lobe.

Occipital lobe seizures can begin with visual hallucinations of flickering or colored lights. Symptoms may occur spontaneously or be triggered by visual stimuli, such as flashing lights or a repeating pattern.

Occipital seizures may be mistaken for migraine headaches because they cause similar symptoms, including visual disturbances, partial blindness, nausea, vomiting, and headache.

Parietal lobe seizures comprise only 5 percent of all seizures experienced by people with epilepsy. The parietal lobe is located near the center of the brain. This area is responsible for processing information about touch, pain, and space.

Generalized seizures begin with a widespread, excessive electrical discharge involving both hemispheres, or sides, of the brain. Symptoms include staring and blinking, jerking movements, loss of muscle tone, and stiffening of limbs. When the entire brain is involved, symptoms include rhythmic, full-body jerking.

The cause of generalized seizures is presumed to be genetic. Only rarely is the genetic abnormality known; more often it is unknown, and no other family members are known to have epilepsy.

There are three main types of generalized seizures.

Absence seizures (formerly called “petit mal” seizures) are very brief and do not cause the person to fall or have significant shaking movements.

Typical absence seizures involve a sudden cessation of movement, with staring and sometimes with blinking. Sometimes a mild loss of muscle tone occurs, causing the person to lean forward or backward slightly.

These seizures usually last only 3 to 10 seconds, and there is no confusion before or after the seizure.

Epileptic syndromes that include myoclonic seizures usually begin in childhood. However, these seizures can occur at any age.

Generalized tonic–clonic seizures start on both sides of the brain and cause the body to stiffen, called the tonic phase, and then convulse, or shake, which is known as the clonic phase.

Progressive myoclonic epilepsy is rare and frequently results from hereditary metabolic disorders, such as neuronal ceroid lipofuscinosis and mitochondrial encephalopathy. In addition to seizures, symptoms may include unsteadiness, muscle rigidity, and intellectual disability.

In reflex epilepsy, seizures are triggered by specific environmental stimuli. If flashing lights trigger a seizure, for instance, this is called photosensitive epilepsy. Reflex epilepsy usually begins in childhood and is often outgrown by adulthood.

Environmental triggers may also include sounds. The ringing of church bells, a certain song or type of music, or the sound of a person’s voice may prompt seizures in adults with this type of epilepsy.

For some people, activities such as reading, writing, solving math problems, and even thinking about a certain subject can provoke a seizure. These nonvisual stimuli may trigger generalized or focal seizures.