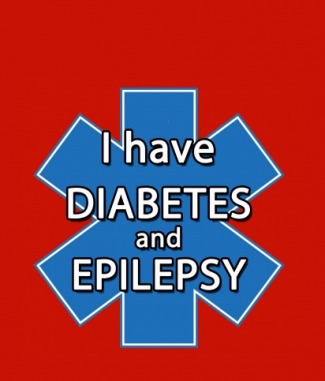 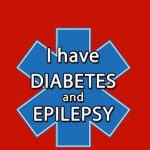 People with type 1 diabetes have a three-times increased risk of developing epilepsy later in life, concludes research published in Diabetologia, the journal of the European Association for the Study of Diabetes (EASD).

Type 1 diabetes mellitus is one of the most common autoimmune disorders in children, with a 3% annual increase in the global incidence rate since the 1980s.In recent decades, the incidence of type 1 diabetes has increased in children and adolescents, particularly those aged younger than 5 years. Patients with diabetes are at increased risk of severe health problems and mortality. Recent studies have found that type 1 diabetes could be a risk factor for the development of epilepsy in children, though the exact underlying mechanisms remain unknown. In this new study, Dr I-Ching Chou, China Medical University Children’s Hospital, Taichung, Taiwan, and colleagues evaluated the relationship between type 1 diabetes and epilepsy in Taiwan.

The authors say: “This result is consistent with those of previous studies in that epilepsy or seizures are observed in many autoimmune or inflammatory disorders and are linked to the primary disease, or secondary to pro-inflammatory processes.”

Immune abnormalities, brain lesions, genetic factors and metabolic abnormalities are all potential causes for the link between type 1 diabetes and epilepsy. They say: “In particular, both hyperglycaemia and hypoglycaemia commonly occur in elderly people with diabetes., and can alter the balance between the inhibition and excitation of neuronal networks and cause focal motor seizures. In addition, we found that younger age was associated with an increased risk of developing epilepsy. Previous studies have suggested severe hypoglycaemia, young age and early onset as critical risk factors for brain abnormalities… The current results could provide evidence to facilitate the prognosis of children with type 1 diabetes.”