What Triggers A Seizure In Photosensitive Epilepsy? Science Discovers Why Still Photos Can Cause An Episode 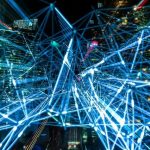 Most people are aware that flashing and strobe lights can trigger a seizure in some individuals with epilepsy, but few realize that certain still images can have the same effect. Doctors have remained puzzled as to why certain motionless photos can trigger seizures, but now new research has unveiled the reason. A study published in Current Biology found certain patterns can trigger a specific part of the brain, causing gamma-oscillation, which in some cases, can induce a seizure.

The researchers found that viewing certain patterns, such as black and white bar patterns, can cause a particular repetitive pattern of neural activity in the brain known as gamma oscillations. In individuals with certain types of epilepsy, this may induce a seizure. These patterns may also cause problems such as headaches and migraines for individuals who are sensitive to light. While this is not yet confirmed, according to the research, these gamma-oscillation is most likely the reason that certain images trigger seizures.

“Our findings imply that in designing buildings, it may be important to avoid the types of visual patterns that can activate this circuit and cause discomfort, migraines, or seizures,” said Dora Hermes of the University Medical Center (UMC) Utrecht in the Netherlands, in a recent statement. “Even perfectly healthy people may feel modest discomfort from the images that are most likely to trigger seizures in photosensitive epilepsy.”

The team also found that there are ways to adjust a photo so it doesn’t trigger this type of brain activity. This includes reducing the contrast in the photo, adjusting the width of bar patterns, and shifting the overall image from a grate design to a more plaid-like design.

For the study, researchers supported by the Netherlands Organization for Scientific Research, the National Institutes of Health, and the EU program Marie Curie conducted an extensive review of scientific literature regarding to how some static photos can cause seizures. While scientists have known of the existence of gamma oscillations in the brain since the 1980s, their purpose has been unclear.

Despite well known references in pop culture and media, photosensitivity epilepsy affects only around 3 percent of individual with epilepsy. According to the Epilepsy Foundation, in these individuals, flashing lights at certain intensities, as well as certain photo patterns, can cause a seizure. This type of epilepsy is more common in children and adolescents, and tends to become less frequent with age. Unfortunately, it can be difficult to avoid all instances of flashing lights, but the Epilepsy Foundation suggests that individuals with this specific condition reduce the brightness of screens and sit at least 2 feet away from the screen in a well lit room when watching a TV or playing video games.