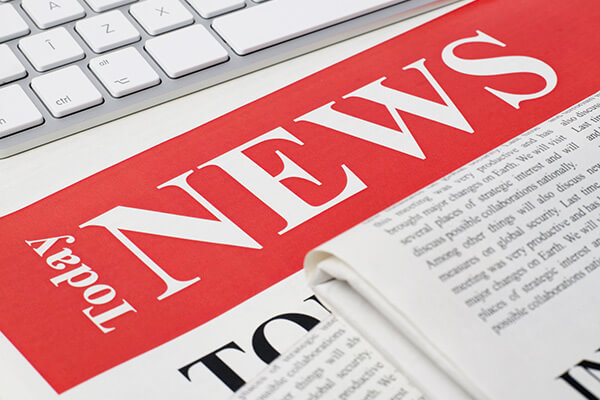 Treatment Optimization in Epilepsy and the Need to Individualize the Approach

Epilepsy has long posed itself as a difficult to treat condition. A large portion of patients experience refractory disease and there is much heterogeneity in the disease itself, which can make the process of treatment selection particularly challenging for specialists and their patients.

Although much progress has been made in the development of antiseizure medications for this population, epileptologists such as Jacqueline A. French, MD, professor, department of neurology, NYU Langone Health Center, and codirector, Epilepsy Clinical Trials, NYU Langone, Comprehensive Epilepsy Center, still have concerns. Tolerability of efficacious therapies can vary from patient to patient, and with a gap in the number of epilepsy specialists, often these difficult-to-manage patients can be left to the care of general neurologists who may not be experts in the granular understanding of the available therapies.

At the 2022 American Academy of Neurology (AAN) Annual Meeting, April 2-7, in Seattle, Washington, French sat down with NeurologyLive® to discuss this challenge. She offered her perspective on the factors that have influenced this difficulty, and how conversations with patients and an understanding of their individuality can help to smooth out the treatment selection process.

NeurologyLive®: Is there anything you think that needs more attention, or perhaps isn’t getting talked about enough, in terms of what needs to be addressed in the next few years?

Jacqueline A. French, MD: Well, one thing for me is that general neurologists become more and more concerned as the complexity of selecting drugs for the right person—selecting it based on the right syndrome or even the right gene—becomes very, very complex. Expecting a general neurologist to identify and use all of these different drugs is going to be problematic in the next decade. We do see that when an epileptologist gets their hands on the patient, sometimes there are obvious solutions to that person’s problem, and other times, there are not. But, probably a good 10% or 15% of people can be made seizure-free because of just that additional knowledge of the pharmacology and the different drugs and their action, etc. But there aren’t enough epileptologists to treat everybody.

We do have an initiative, I’m cochairing a Lancet Commission at the moment, and the purpose of the commission is to actually create a volume of The Lancet, which will be all about treating epilepsy for the generalist and for the general neurologist to say, “Here’s how you look at patients.” As I say, when you pick a drug, the next drug for a patient, you have to understand the patient’s syndrome, and then you have to understand the drug, and then you have to understand the patient’s comorbidities. Do they have depression? Are they of childbearing age? Do they have a history of kidney stones? There are many things. We’re trying to, at least, simplify that so that people can easily look and say, “OK, my patient has A, B, and E of these 15 different comorbidities,” and look down a chart and say, “OK, I’ve ruled out this, this, and this drug, and they have this syndrome, so there are these drugs that are possibly available.” You subtract those 3 and you have this 1 left, sort of menu-like.

Is there anything that’s making progress in treatment optimization difficult in epilepsy?

In many areas—I’m not going to say in all areas. People always asked me this, when they’re not in the epilepsy field, they say, “What’s the drug of first choice? What’s the drug of second choice? What’s the drug of third choice?” Whereas in many fields, there is a drug that you start out with, and then when that fails, you go to this drug. And when that fails, you go to that drug. That’s much more simple. In epilepsy, I can have 5 people with focal epilepsy, which is the most common epilepsy, standing in front of me and I would choose a different drug for each of them as the first drug with the highest likelihood of success. That’s much more complicated. It’s personalized medicine without genes, right? It’s understanding the other characteristics of that individual that factor into making the best choice. And that could include things such as, is that person able to take a medicine twice or thrice per day, or will they only be able to take it once a day? Again, considering childbearing age and other comorbidities helps you pick the right medication for the right person. There are so many choices, so I think it is complicated—more complicated than many other areas—and the stakes are high because getting somebody seizure-free is important. But getting somebody seizure-free with a drug that doesn’t dramatically impact their ability to lead their life is equally as important.

How do you balance that? Is that a difficult conversation with the patient when determining that?

Well, the first thing I want to say is, as I learn more in my life and my career, I’ve sort of posed the question: do randomized-controlled trials help you with the process of selecting the right drug for an individual? I put it this way, if I want to get from New York to Washington, a clinical trial is sort of like saying, “Can a bus get me from New York to Washington?” Sure, a bus could get me from New York to Washington, and it’s better than no bus, which is like comparing it to placebo. It can tell you how many times the bus crashes and how comfortable the bus is for everybody. But the question that I as a clinician want to know and you as a patient want to know is not can a bus me from New York to Washington, it’s how should I get from New York to Washington, right? A randomized trial between things is like saying, “OK, we’ll take everybody and randomize them to taking the bus or taking the train.” Well, how did they all do? But what if I don’t want to pay for a bus, or there’s a delay, or I feel claustrophobic, or I want to get there faster, or I knew I lived closer to the train station than the bus station? It may be, in fact, that one is clearly better for me than the other, but I’m going to be randomized, so you’re never going to figure that out. So, it’s very hard to figure out the methodological, rigorous way to say what is the ideal treatment for this person? What is the best treatment for everybody, without identifying any characteristics of those people?

Does it essentially boil down to asking those types of questions and having that conversation with the patient?

It’s understanding the characteristics of the drug and the important characteristics of the patient, and then putting those two together. That takes time, it takes thought, and you don’t always get it right the first time, of course. It may take a couple of tries. But the hardest decision, honestly, for an epileptologist, is when a person has had life-threatening seizures and you put them on the drug you think is ideal for them in whatever way, and the seizures stop, but they are unhappy with that treatment for one reason or another. Is it in their best interest to switch to a different drug that they might be equally as unhappy with and might not control their seizures? Or do we tell them, “Maybe this is as good as it gets.” That’s a difficult decision. But again, I as the epileptologist shouldn’t make that decision. The person should make that decision. They have to understand the potential risks and the potential benefits of switching from one drug to another, and—to the best of my ability in managing the disease—the likelihood that it’s actually going to benefit them.