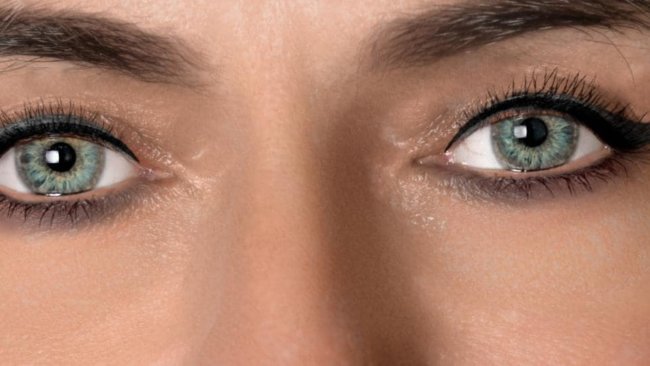 Through my eyes: Epilepsy diagnosis in adulthood

My first seizure happened while I was at work. At the time, I had only lived in England for 1 year, I was 21 years old, and, as far as I was concerned, I was very healthy.

There was absolutely no warning before the seizure came on. One moment, I was trying to open a door and feeling a bit weak, and the next thing I knew, I was being taken to the hospital by an ambulance. I lost almost an hour of my memory and have no recollection of what happened.

My colleagues told me that I fell into a perfect recovery position, and then, there was a lot of shaking. Once that stopped, I was sort of “awake,” walking around aimlessly and even giggling. It made me feel uncomfortable hearing this story, and I wasn’t keen to find out too much about what had happened.

In the hospital, they did a few tests, and I was told that it could have been an isolated seizure, which can happen to anyone once during their lifetime. To be honest with you, it didn’t feel like a big deal. I felt okay that same afternoon, so I brushed this experience off and moved on.

I wanted to be positive, and I definitely didn’t want to have epilepsy. I always assumed that it was a condition that people develop during their childhood, so how could I suddenly develop it now?

One afternoon, about 10 months later, while I was walking outside, I suddenly started feeling really scared, like I was about to lose control over my body. I knew something really bad was about to happen, and I didn’t know what to do.

I looked around, but there was nobody on the street. I was completely alone. I felt a huge amount of panic and started walking really fast. I didn’t know what was happening, and the panic was rising.

Now, knowing more about epilepsy, I know that this feeling of extreme dread was a symptom called aura that some people experience before they have a seizure.

The smart thing would have been to sit down rather than keep walking, but I couldn’t think clearly. I had never felt like this before in my life.

I woke up about 50 minutes later — again, in an ambulance. Because I was walking so fast while the seizure came on, I fell very hard, hitting my face on the hard concrete pavement.

I was bleeding on one side of my face, and I could taste blood in my mouth. My lips were swollen, but luckily, I didn’t loose any teeth.

The paramedics asked me whether I knew my name, what day it was, and the other usual questions. I was definitely in shock, because I started taking selfies of myself and of my bruised face, so I have this whole collection of selfies in the ambulance. I am even making silly faces in some of the photos, so they are quite funny.

I was told that there were six people looking after me who called the ambulance and waited with me. Apparently, my seizure lasted about 25 minutes. I am very grateful to these kind strangers for getting me help. I have never seen anyone having a seizure, but I can imagine it is quite scary to witness.

I spent about 7 hours in the hospital that afternoon. I had an ECG and other tests and consultations with different doctors and nurses.

That evening, I was meant to go to my favorite Italian restaurant for dinner with a friend of mine. She came to see me in the hospital, and when I got discharged, I was really hungry, so we walked straight in there, and I sat in that restaurant with my swollen face, eating a bowl of spaghetti. Can you tell that I am someone who doesn’t like to change their plans?

In the following weeks, I got referred for a CT scan and an MRI, and I had several doctor’s appointments to discuss what happened.

I vividly remember a conversation that I had with my epilepsy nurse one morning at 8 a.m. It was a checkup appointment. We were discussing my condition, and she asked me what I knew about SUDEP.

I had never heard of it before. She explained that SUDEP means a sudden unexpected death in epilepsy and asked me whether I wanted to know more about it, insisting that every person with epilepsy has to know about it. That was one of the worst mornings I have ever had.

After all these tests and appointments, my neurologist finally gave me an epilepsy diagnosis, as suspected, and I was put on anti-seizure medication. This was probably the hardest part of the whole experience, because the medication was making me really sleepy, and it was hard for me to stay focused when I was at work.