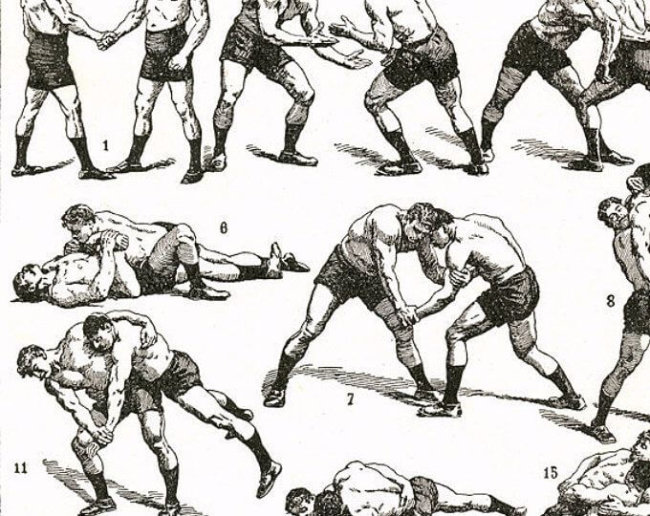 Through epilepsy and adversity, Adams finds strength on the wrestling mat

Epilepsy is a battle that is currently fought by 3.4 million Americans. Each battle has its own story.

For Noah Adams, it’s about a fight on and off the wrestling mat.

Adams was born in February 2009 in Zeeland, the third oldest of four boys. In 2013, Adams and his family relocated to the Upper Thumb to be closer to family. He loved all things sports, which included baseball, football and wrestling.

It quickly became apparent that wrestling was his passion. He has wrestled for several different youth area teams, which included Laker, Bad Axe, the Caro Growlers, and the Cass City Talons.

“Noah is an all-around great person,” Talons coach Kevven Dorland said.  “He’s physically gifted, but emotionally and socially, he is also gifted. He fits in with all of his teammates, he can be a leader, and he’s also humble. He’s a guy that works his tail off to not only make him better, but to make his team better. He also has fun doing it.”

For the first several years of his life, things seemed normal. In 2018, things took a dramatic turn.

On Dec. 24, 2018, he had his first seizure, and shortly after, he was diagnosed with epilepsy caused from a benign brain tumor. The tumor was causing him to struggle with constant seizures that loomed heavily on Adams and his family. Adams, an avid athlete, struggled for two years with this condition, on and off the mat, battling through thousands of seizures.

Through all the struggles, his constant love of wrestling remained strong. In 2019 and 2020, his abilities took him to the state finals, where he placed third and second consecutively. At the same time, he fought multiple seizures throughout those days.

“Noah came to us in 2019, when the Talons started off,” Dorland said. “He’s not the type of kid to complain. He may ask a few questions that I have to set him straight on, but for the most part, he doesn’t complain. If I tell him to jump, he is willing to ask how high.”

Talons assistant coach Bill Hartzell said that Adams is one of their top wrestlers.

“He’s a great kid that comes from a great family,” he said. “When we first met Noah, his dad reached out to us when we started our club. He was curious, because they had been driving to Caro, and Noah had a nice year the previous year. His dad explained his tumor and seizures. In one of our first practices, Noah had a seizure. His dad helped him through it, and he kept practicing.”

Hartzell said the occurrence was an everyday thing for the family. But for the Talons, it was new.

“Noah excelled every day, he worked his tail off, and his brother Hunter was right next to him, working hard,” he added. “Both have been huge assets to the team, as Noah is the hardest worker in the wrestling room. He has a big smile and a good attitude. He will help a kid off the mat, and win or lose, he has the same attitude. It’s a happy, thankful attitude, he’s worked through a lot.”

The 2020 North East Michigan Wrestling Association State tournament became a turning point for Adams and his family. The day started out rough for Adams, who was suffering from a migraine headache. He would go out to wrestle his scheduled matches, but shortly after each match, he would have a seizure. Even with the adversity, Adams was able to fight his way to the championship match.

Adams’ parents reflected on the day.

“He wanted to finish, he gave it his all, but he was unable to overcome,” they said. “Afterward, he was too exhausted to stand on the podium to receive his state runner-up trophy. Many of the other team’s coaches who were there that day knew about his struggles, so they lifted him and helped him stand on the podium to be recognized.”

Dorland recalls one of the episodes Adams suffered that day.

“I was in the hallway with my arms around Noah, holding him, while he was having a seizure,” he said. “I had to scream at the other kids to get back and give him some space. I explained to the kids what was happening, and to give Noah some space. The kids respected that. As a coach, you never want to see that, but you embrace everything your athlete has to deal with.”

“Whatever the case may be, you deal with it, and that’s what we did all day,” he added. “It had to be one of the longest and toughest tournaments ever, but Noah still found success that day. Emotionally, it was more draining than any day we had prior to that.”

The 2020 state tournament in Petoskey was what Adams’ parents described as a turning point in his treatment. After many tests and procedures, it was decided that surgery would be his only chance at improving his quality of life.

After some time and consultation with his doctors at the University of Michigan, the doctors could make no guarantees that this surgery would cure him, but they were confident it would help. He would also be facing many risks and side effects. However, his seizures and cognitive function were getting worse by the day, so Adams’ parents felt there was no other choice.

He was scheduled for a lobectomy in January 2021.

After his brain surgery, Adams’ recovery was difficult. Not only enduring the 12-hour surgery, hospital stay, memory loss, and significant pain, Adams would also have to endure permanent partial blindness as was expected in this type of surgery.

After a few months of healing and being medically cleared, he began practicing with his former team, the Cass City Talons, with no thought of wrestling competitively in 2021.

“Physically, he’s gifted,” Dorland said. “He’s strong and very fast. However, he wasn’t as sharp when he first came back. He couldn’t hit his moves quite as he did before surgery. As time went on and as we kept working him, his body and mind caught up to that. It was a long road to repetition with different moves. If we let Noah hesitate too much, the opponent was going to take advantage of that.”

“We had to really work with him on this reaction time,” Dorland added. “Looking back, he’s where he needs to be, but I remember where we started, and we were hesitant on his long road. But, he was willing to brave it all and get where he needed to be.”

In October 2021, after nine months of recovery, Adams would wrestle his first junior high season with the Bad Axe Hatchets. Through hard work and perseverance, he came back bigger, faster, and stronger than ever before. Practices were grueling, but the coaches were patient and encouraging.

Knowing Adams and his work ethic, that pushed him to achieve his greatest potential. He went out on the mat at every meet with a fire burning deep within him, and something to prove.

Adams recorded an outstanding junior high season as a seventh grader, not only achieving a Greater Thumb championship at 145 lbs., but doing it in stunning fashion with a 23-0 record, all victories by way of pin.

“I wasn’t sure what the cause of the seizures were, but he worked through those medical issues,” Bad Axe wrestling coach Adam Hollingsworth said. “He still loved wrestling and wanted to compete. Once he got the okay from the doctors, he wanted to get back to the mat as soon as he could. He’s a tough kid, he fought through that adversity.”

“Wrestling was a small part of what gave him what he needed to fight through that,” Hollingsworth added. “It helped to toughen him up, and make him fight through the adversity, to get back to where he is now.”

However, this is where the story comes full circle. Once Adams’ junior high wrestling regular season was completed with the Hatchets, he once again returned for the 2022 club wrestling season with the Cass City Talons.

A return to the state finals was not something that any doctor, nor his parents had envisioned for Adams, but what came next may have been God’s plan.

“The only thing we noticed different (post-surgery) was that he was bigger, stronger and he wore protective headgear,” Hartzell said. “Noah came back with more skills. It seemed like a seamless transition from junior high wrestling to the Talons. If you had seen Noah practice early in the season, you’d had thought he’d practiced through his time away for surgery.”

“In all honesty, he came back with a ton of skills,” Hartzell added. “He had a great junior high season.”

Throughout the Cass City Talons 2022 wrestling season, Adams ripped his way through the competition, winning match after match, proving himself to be one the best youth wrestlers in the state.

Adams accumulated a staggering record of 30-1 before entering the NEMWA State Finals in Petoskey.

With the emotion surrounding their last trip to the state finals, Adams’ parents were haunted by their return visit to the same building, that housed the painful memories where their son had endured so many seizures two years prior.

“We were excited, and terrified at the same time.” Julie Adams recounted. “I remember being in the stands, holding my husband’s hand on my right, Hunter’s hand on my left, and holding my breath during Noah’s championship match. I was reminded of all of places where he had had seizures in that building two years ago.”

“The memories, the seizures, the headache, the triggers, it was all there, eerily in the back of my mind,” she added. “But on that day, in that moment, to see his hand raised in victory, is a moment that cannot be described, but only felt. Joey and I both broke down in tears. It was a redeeming experience that I’ll never forget.”

Adams went on to dominate the competition that day in Petoskey, not only winning all his matches, but also not giving up a single point to the competition to complete his march toward a 2022 light heavyweight state title.

“It was great to see things come full-circle, ” Dorland said. “He worked so hard. He had the surgery, and never complained. He kept working, he kept his mind straight on what he wanted to do. He wrestled very well in Petoskey. The best wrestler in the room is the best listener. I can say that about Noah.”

Hartzell also reflected on the state title victory in Petoskey.

“This year, Kevven Dorland and I talked about how much Noah has been through,” he said. “To come out and have the season he did, is a made-for-movie type story. You see the smile on his face, the energy he brings, the happiness he has in his life, it’s a special story, a special family and a special kid.”

Adams entered one more tournament after Petoskey this year, and ended his seventh grade season with over 50 wins and only two losses.

Noah Adams was approached for comment, but respectfully declined.

Adams’ parents credit God for the miraculous turnaround that Noah Adams had to endure, however his story continues to be written daily.