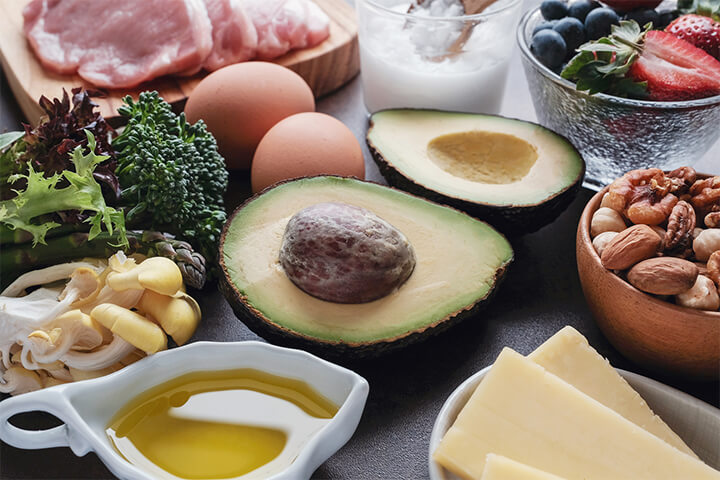 Median reduction in seizure burden was similar with the ketogenic diet, the modified Atkins diet, and the low glycemic index therapy diet, though neither the modified Atkins nor low glycemic index therapy diet met criteria for non-inferiority to the ketogenic diet, reported Sheffali Gulati, MD, of All India Institute of Medical Science in New Delhi, and co-authors, in JAMA Pediatrics.

Most research in the past has focused on the ketogenic diet, Gulati noted. “The ketogenic diet is a high-fat diet, and some families and patients find it challenging to adhere to and also experience serious adverse effects,” she and first author Vishal Sondhi, DM, also of All India Institute, said in an email to MedPage Today.

“The important message is that parents, patients and centers should continue to make individualized decisions regarding which of the three major diets to use,” he told MedPage Today. “They are different and have different pros and cons.”

The trial included children ages 1 to 15 who had four or more seizures a month, had not responded to two or more anti-seizure drugs, and had not been treated previously with one of the three diets. Patients were enrolled between April 2016 and August 2017 at a tertiary care referral center in India and were randomly assigned to receive one of the diets in addition to their ongoing anti-seizure drugs.

A total of 158 children completed the trial: 52 in the ketogenic diet group, 52 in the modified Atkins diet, and 54 in the low glycemic index therapy diet. Diets were supplemented with vitamins and minerals, and each patient’s caregiver kept a daily log of meals, seizure frequency, urinary ketones, and dietary intolerance symptoms.

The primary outcome was percentage change in seizure frequency after 24 weeks in the ketogenic diet group compared with each of the others. The trial had a predefined, noninferiority margin of −15 percentage points.

After 24 weeks, intention-to-treat analysis showed that the median change in seizure frequency was −66% in the ketogenic diet group, −45% in the modified Atkins group, and −54% in the low glycemic index therapy group (P = 0.39).

The most common clinical adverse event was vomiting. Two patients on the low glycemic index diet and one on the ketogenic diet had thrombocytopenia at 24 weeks; both were receiving sodium valproate (Depakote). Ten patients, all receiving concomitant zonisamide ‎(Zonegran), had hypercalciuria at 24 weeks. Two patients on the modified Atkins diet developed scurvy. Three patients developed a prolonged QTc interval.

“The risk profiling illustrated that the low glycemic index therapy diet was associated with the least number of and least severe adverse events, while the other two diets were more likely to be associated with severe and life-threatening events,” Gulati and Sondhi noted.

The study had blinding limitations because the diets required close parental interaction. Daily logs might have missed some seizures and may include subjective errors. This was a single-center study and selection bias may have occurred.