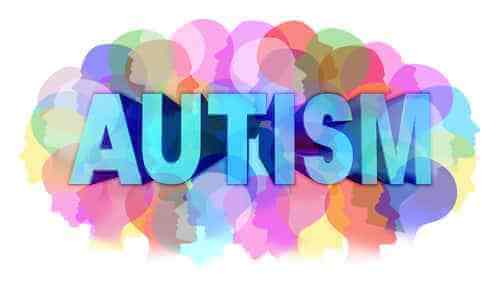 One of the most popular theories of autism’s origins suggests that the condition arises from a hyper-excitable brain.

The autism brain may be overactive because of a ‘signaling imbalance’: too much excitatory signaling or too little inhibition. This may also explain why so many autistic people have seizures or epilepsy, which result from too much excitation.

The hypothesis has garnered a large following over the years. Here we explain its appeal, tempered by the naysayers.

What is balanced brain signaling?

About 80 percent of neurons in the cerebral cortex, which covers the surface of the brain, transmit excitatory signals, primarily by releasing the neurotransmitter glutamate. The remaining 20 percent, known as interneurons, are inhibitory. They operate via gamma-aminobutyric acid (GABA).

The proper balance of these two types of signals enables brain cells to be active in some circumstances and muted in others. This underlies the brain’s ability to take in sensory information, learn, remember and direct behavior.

Why do scientists suspect a signaling imbalance in autism?

Many autistic people have epilepsy, which results from too much excitation in the brain. Recordings of brain activity during sleep show that many people with autism have unusually frequent spikes of activity.

Several mouse models of autism or related conditions also show signaling imbalances. Some have too few inhibitory neurons. Some children with autism seem to have low levels of GABA; postmortem brain studies also point to a shortage of GABA-related molecules in the brains of autistic people, suggesting reduced GABA signaling.

There is some genetic support for the theory, too. Many autism genes such as SHANK3 and NLGN1 are involved in excitatory signaling, and some in inhibitory signaling.

How could a signaling imbalance lead to autism traits?

Too much activity in motor brain circuits could contribute to the repetitive behaviors and motor problems in autistic people; in circuits that process sensory information, it might cause hypersensitivity to sound, touch and other stimuli.

A signaling imbalance could also underlie social problems, but the link is less direct. Inhibitory signals are thought to tune neurons to respond only to certain cues; lack of inhibition could make it difficult for children to learn to interpret social cues.

No, some are clearly skeptical, saying the evidence to support it is scattershot and is difficult to compare across studies. Others note that there is no consensus on what the right signaling balance is, much less on what it looks like when it is off-kilter. The right balance of signals may vary from one person to the next and may depend on age and part of the brain.

There is some evidence that runs counter to the theory. For example, some studies hint at too much inhibition in autism: One study found an unusually high number of inhibitory neurons in postmortem autism brains, and another reported an unusually large proportion of GABA neurons among cells grown from autistic boys.

However, some experts contend that that too much inhibition may also be a problem, or that this inhibition may reflect a compensation for the excess excitation.

In January, researchers reported a signaling imbalance in four mouse models of autism, but said the imbalance does not lead to overactive neurons or circuits. Either the brain compensates for the imbalance or the imbalance is itself only a response to other problems; either way, it would not cause autism.

People with autism or related conditions may benefit from drugs that suppress excitation or boost inhibition. For example, an experimental drug called arbaclofen enhances inhibition and is in trials as a treatment for the condition. A study last year showed that a related drug, riluzole, boosts GABA levels in the brain in adult men with autism.

Researchers are also testing the theory by manipulating signals in mouse models and cultured neurons. They are using gene editing to decrease the expression of certain genes in subsets of neurons and trying to recapitulate the brain’s balance of cells.