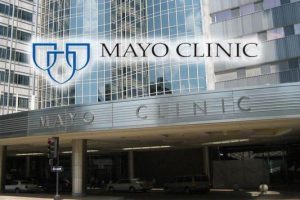 ROCHESTER, Minn. — Researchers at Mayo Clinic were awarded a $6.8 million, five-year federal grant from the National Institutes of Health to develop intelligent devices to track and treat abnormal brain activity in people with epilepsy. The grant, part of a presidential initiative aimed at revolutionizing the understanding of the human brain, is called Brain Research Through Advancing Innovative Neurotechnologies or the BRAIN Initiative.

Epilepsy affects 60 million people worldwide and 3 million in the U.S. Approximately one-third of people with epilepsy will continue having seizures, despite taking daily medications. Seizures, the hallmark of epilepsy, are sudden events that strike patients without warning. The goal of the research is to develop an implantable device that can record brain activity continuously to forecast upcoming seizures and stimulate multiple brain regions in real time to prevent seizures before they ever occur.

“People with epilepsy live in a constant fear, because seizures strike randomly. This uncertainty seriously impacts their quality of life,” said Dr. Gregory Worrell, a Mayo Clinic neurologist who leads the Mayo Clinic Systems Electrophysiology Lab and is the principal investigator on the BRAIN grant. “They often only have seizures a small percentage of their lifetime, but they must take medication daily, because of the apparent random nature of seizures. Our goal is to be able to reliably predict the occurrence of a seizure.

“The new technology, coupled with the big data analysis, will also be used for effective brain stimulation to prevent seizures before they ever occur,” Worrell added. The grant is a collaborative effort among researchers from academia and industry. The award, which is for $1.4 million per year for up to five years, will support a multidisciplinary team of neurologists, scientists and engineers from industry and academia.