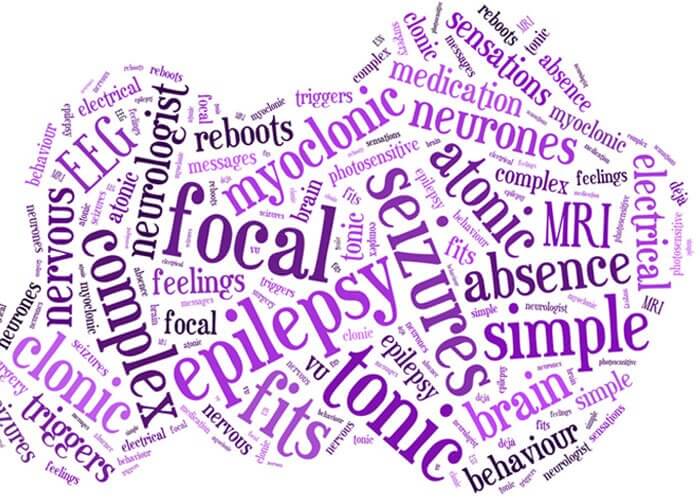 The Impact of Seizure Disorders

Affecting 3.4 million individuals in the United States, epilepsy is a complex neurological condition that is characterized by recurrent seizures.1-3 An epilepsy diagnosis requires 2 unprovoked seizures (or 1 unprovoked seizure with the likelihood of more) not caused by a known and reversible medical condition.2,4 A majority of epilepsy cases begin in childhood and often evolve over the course of a patient’s life.1,2 In fact, many individuals with epilepsy experience more than 1 type of seizure in addition to symptoms of other neurological conditions.5 Epilepsy is also relatively common among individuals 55 years and older, with close to 1 million US adults in this age bracket having been diagnosed.6

THE BURDEN OF EPILEPSY
The burden of epilepsy encompasses physical, social, and psychological effects.8-12Patients with epilepsy have a notably poorer health-related quality of life (QOL) and higher rates of comorbidities than the general population.13 This may be attributed in part to the inherent unpredictability of seizures, which can put individuals at risk in everyday situations.13 Thus, among the most prominent concerns expressed by those with epilepsy are related to driving and employment.14 Moreover, some individuals with epilepsy do not engage in physical activity for fear of seizures,15 which increases the likelihood of depressive disorder, neuropsychological dysfunction, and diminished QOL.8,15 Affecting between 6% and 30% of patients, depression is the most frequent psychiatric comorbidity in epilepsy.16 Additionally, depression may share etiological mechanisms with epilepsy that facilitates the emergence of one condition when the other is present.17

In addition to its effects on patients, epilepsy can have a negative influence on the QOL of caregivers.18 Some findings suggest that caregivers may develop mild to moderate QOL burden regardless of the patient’s frequency of seizures and duration of the syndrome.18

THE IMPORTANCE OF SEIZURE FREEDOM
Given the impact of seizures on patients and caregivers, accurate diagnosis and optimal treatment regimens are paramount. Antiepileptic drugs (AEDs) suppress the occurrence of seizures and are the mainstay of epilepsy treatment.19 Many AEDs are available, with varying mechanisms that can be matched to patients based on clinical profile and patient preference.20 True seizure freedom, however, has proven elusive with the current treatment armamentarium.19-22 Between 30% and 56% of patients do not experience seizure freedom as seen by zero seizure frequency, despite appropriate therapy.19,23Additionally, although more than a dozen AEDs have been approved by the FDA over the past 20 years, results from a recent longitudinal study suggest that outcomes in newly diagnosed patients with epilepsy have not changed over a span of roughly 3 decades.19For patients who have tried multiple AEDs, the capacity for seizure control and the ultimate goal of seizure freedom has been shown to diminish with each subsequent treatment: Although 45.7% of patients achieved seizure freedom with their first AED regimen, only 11.6% and 4.4% achieved seizure freedom with their second and third regimens, respectively.19

Considering the limitations of current treatment options, a common challenge that clinicians face is determining the length of time following an intervention, in which the patient doesn’t experience a seizure, that must pass before the patient can be considered “seizure free.”21 A 2009 task force of the International League Against Epilepsy proposed a definition of seizure freedom that follows the “Rule of Three.”21According to the proposal, a patient can be considered seizure free in response to a new antiseizure treatment when they have gone without a seizure for at least 3 times the duration of their longest preintervention interseizure interval in the preceding 12 months.21

The difficulties of achieving seizure freedom, as it is currently understood, are steep and clear. As efforts evolve to further elucidate the mechanisms of epilepsy, the possibility of developing interventions that lengthen seizure-free periods grows, potentially moving the field closer to a new definition of seizure freedom that includes achieving a state of zero seizures.20

THE ROLE OF THE PHARMACIST IN THE EPILEPSY SPECTRUM
In light of the complexities of the epilepsy treatment spectrum and the effects of seizures on individuals with epilepsy, patient education, awareness, and communication with healthcare providers are essential. To that end, pharmacists play a significant role in helping patients reach their highest potential for seizure freedom.24Educating patients about drug therapies, including efficacy, adverse effects, and the overall benefit of adherence to titration schedules, may encourage patients to engage in their own self-management.24 These efforts are especially important given the challenges of achieving seizure freedom. Setting expectations and providing guidance regarding therapies as well as about living with epilepsy could have a positive effect on QOL, if not on outcomes.

Additional research is required regarding how, specifically, pharmacists can help provide medication therapy management services.24 As development of new therapies continues and the epilepsy treatment spectrum expands, the role of the pharmacist in meeting the complex needs of patients is likelyto expand as well.