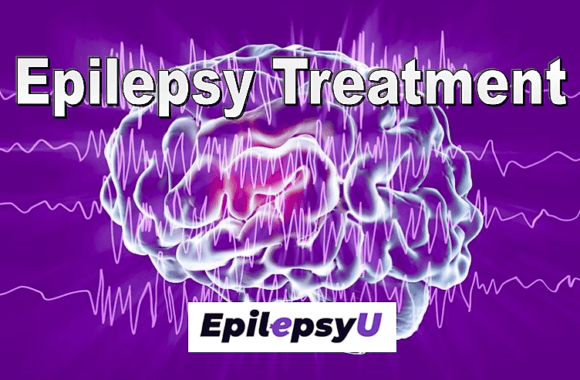 T he adaptation of a known drug for the treatment of multiple sclerosis could help epilepsy patients, a new study by researchers at Tel Aviv University has revealed.

The potential breakthrough, which may help patients with epilepsy and other brain disorders who do not respond to available treatments today, is based on the discovery of a new mechanism that regulates and ensures the stability of brain activity.

While most researchers have previously looked for malfunctions in the regulation mechanism that may be perceived as a “thermostat” of neural activity, restoring the neural network to its original set point after every event that increases or diminishes activity, Tel Aviv University researchers led by Prof. Inna Slutsky now argue that the set point itself deviates from the norm among epilepsy sufferers.

The findings were published on Monday in peer-reviewed scientific journal Neuron.

“The concept of homeostasis has a long history in physiology… While much effort has been directed to understanding neuronal homeostasis, we still don’t know how activity set points are regulated in neural circuits,” said Prof. Slutsky of Tel Aviv University’s Faculty of Medicine and Sagol School of Neuroscience.

“The instability of neural activity in various parts of the brain is a main element in a wide range of brain disorders, including epilepsy, Alzheimer’s and Parkinson’s.”

Since metabolic homeostasis is critical for maintaining normal brain function, and epilepsy is characterized by significant changes in metabolic activity in the brain, the researchers applied a computational model for mapping metabolic processes in cells, a method developed and extensively applied in cancer research by the laboratory of Prof. Eytan Ruppin.

Using genetic data of epilepsy patients, researchers “turned off” each metabolic gene in the model to search for the gene whose silencing would bring the defective metabolism closest to normal.

One of the leading candidates discovered through this process was the gene DHODH, known to be active in mitochondria – organelles serving as the power station of all living cells.

“The DHODH gene codes for the DHODH enzyme, which is inhibited by a known drug for multiple sclerosis called Teriflunomide,” said Prof. Slutsky. “So we decided to test the effect of this drug on brain cells.”

When Teriflunomide was added to healthy brain cells in a laboratory for a prolonged period of time, a lower level of cell activity became permanent, unlike the effect of most inhibiting substances that reduce cell activity for a limited time, following which the former level of activity, around the initial set point, is subsequently restored.

“These findings led us to suspect that the DHODH affects the set point itself. This means that, contrary to common belief, we do have the ability to change the set point of neuronal activity,” said Prof. Slutsky.

“In other words, a drug targeting the DHODH enzyme can actually ‘correct’ the abnormal set point, bringing it to a normal level. This may well be compared to changing the temperature in an air conditioning thermostat, to set it at a comfortable level.”

When researchers investigated the effect of Teriflunomide in two mice models for epilepsy – an acute model inducing an epileptic seizure immediately and a genetic chronic model of Dravet Syndrome, which causes severe epilepsy in children and is resistant to most existing treatments – the results were encouraging.

In both models, researchers observed that brain activity returned to a normal level and recorded a sharp decline in the severity of epileptic seizures. Viewing the mitochondria in the brain cells of the mice under a microscope, researchers found that Teriflunomide had significantly reduced abnormally high levels of calcium – a known feature of many brain disorders.

“We discovered a new mechanism responsible for regulating brain activity in the hippocampus, which may serve as a basis for the future development of effective drugs for epilepsy,” said Prof. Slutsky.

“We also assume that the same phenomenon – an abnormal set point regulation – may very well be found in neurodegenerative diseases characterized by anomalous levels of activity in various parts of the brain, such as Alzheimer’s and Parkinson’s. In a new study, we are now testing the effectiveness of our approach for treating Alzheimer’s.”