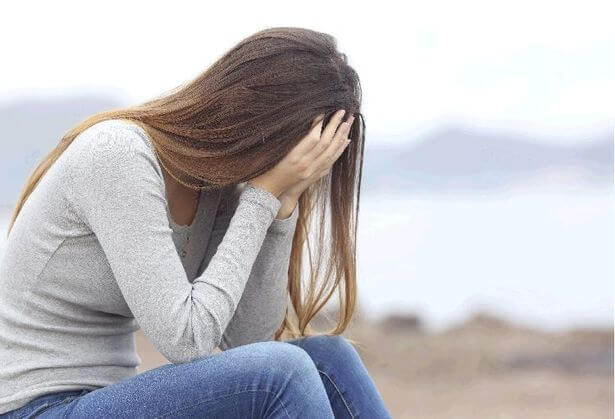 Latent suicidality may be intertwined with undiagnosed anxiety or depression

Depression, anxiety, and suicidal thoughts may not be recognized in pediatric epilepsy patients and may occur more frequently than previously thought, a single-center study suggested.

In a group of children and adolescent epilepsy patients ages 10 and older, 41.2% reflected symptoms of depression, 33.3% showed signs of anxiety, and 10.9% said they had suicidal thoughts, reported Anjali Dagar, MD, Tatiana Falcone, MD, MPH, both of the Cleveland Clinic, and colleagues at the American Epilepsy Society virtual annual meeting.

“Thoughts of suicide are common in patients with epilepsy: they are not going to report the thoughts unless they are specifically questioned about the topic,” said Falcone.

“If we are able to identify these patients early, we will be able to refer them to treatment early,” she told MedPage Today. “Screening for suicide in patients with epilepsy can save lives.”

None of these pediatric epilepsy patients had an established psychiatric diagnosis, Dagar pointed out. “Findings of our study should encourage clinicians to screen all epilepsy patients,” she told MedPage Today. “Psychiatric comorbidities can impede appropriate epilepsy treatment, and vice versa.”

Suicidality in young people with epilepsy may be compounded by the fact that death by suicide is the second-leading cause of mortality in people, ages 10 to 24, in the general population, the researchers noted. In an earlier analysis, they analyzed 222,000 online posts on message boards, epilepsy web sites, and social media and found that teens with epilepsy were more than twice as likely as adults to talk about suicide on the Internet.

In the current study, Dagar, Falcone, and collaborators assessed 119 Cleveland Clinic patients who had outpatient visits for pediatric epilepsy or who underwent testing in the pediatric epilepsy monitoring unit. All lacked an established psychiatric diagnosis.

Participants were an average of age 15.76 and 54.6% were female. They completed self-reported scales for depression, anxiety, and suicidality using the Center for Epidemiological Studies Depression Scale for Children (CES-DC), Screen for Child Anxiety Related Emotional Disorders (SCARED), and Ask Suicide‐Screening Questions (ASQ).

A third of participants scored had a total score of 25 or higher on SCARED, which is “in the clinical range” for anxiety disorder, noted Falcone. Over 41% scored 16 or higher on the CES-DC (scores over 15 may indicate depression risk). Of 119 participants, 13 (10.9%) indicated a positive response to at least one question on the ASQ.

Compared with other studies, the percentage of children, adolescents, and teens screening positive for these mental health issues was higher than expected, Dagar observed. “Although this is a screening — meaning the diagnosis must be confirmed by a psychiatrist — our findings suggest it is important to screen all youths with epilepsy for underlying psychiatric issues, even when there are no signs of concern,” she said.

This study had several limitations, including its sample size. Future research with a larger, diversified cohort is needed to confirm the findings, the researchers said.