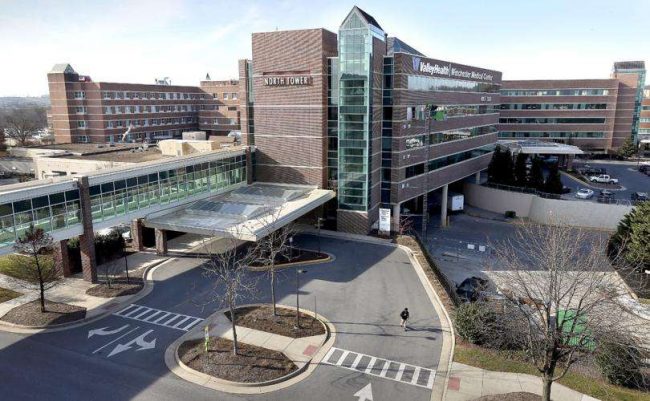 Instead, she asked her parents to use the money they would have spent on her to buy gifts for children in the Pediatric Unit at Winchester Medical Center.

Then on Dec. 15, the Nokesville teen and her parents drove to Winchester to deliver about $800 in gifts and gift cards to 13 children and 12 staff members.

Not wanting her to return home empty-handed, Riley’s parents surprised the 15-year-old with some stocking stuffers for Christmas morning.

“We are so proud of her for having this idea, but we also wanted her to have a nice Christmas as well,” said her mom, Amanda Naldrett.

Riley, a ninth grader at Chelsea Academy in Front Royal, said she was inspired to help other children after spending a week at the hospital beginning in second grade and needed medication for a rare form of epilepsy.

“Having epilepsy myself, I know that it is really hard to stay in the hospital,” Riley said. “And it’s hard to have something that you have no control over.”

Though scary, her hospital stay was also boring while staff monitored her for a seizure so they could know what treatments to pursue. To keep busy, Riley made bracelets that she then sold to nurses for pretend money in a pretend store in her hospital room, her mother recalled.

During her stay, Riley noticed how some of the young patients suffered from difficult conditions, including some kids who might not get home.

In past years, the family gave a few gift cards and toys to staff and patients, but Riley wanted to make a bigger impact this year.

“I just wanted to make sure that they had enough toys for the kids and that the age groups matched them,” she said.

Most gifts they bought were travel games and stress-reliever toys that kids of various ages could use and enjoy. They also bought LEGO sets and electronic toys like tablets.

When Naldreett posted on her Facebook page about the effort, inviting people to donate if interested, she said four friends contributed gift cards and sent toys they bought online.

The experience was great for the staff and patients, said WMC Child Life Specialist Tanya Armstrong.

“It was wonderful to meet Riley and her family again,” she wrote in an email.

“She was beaming, and it was very clear that she felt good about what she had chosen to do,” Armstrong said. “Her age and experience as a patient gave her the right perspective to choose gifts that were spot on. She’s a very special young lady and her generosity has brightened the days of our pediatric patients and staff.”

It’s also an experience that Riley wants to do again.

“It’s a really great thing to do,” Riley said. “I would absolutely love to do it again in the future.”