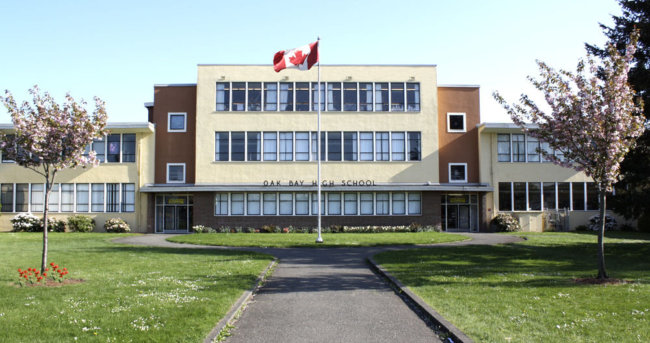 In Ontario, Canada, a group of psychologists and members of a community epilepsy support agency had long discussed the need for epilepsy education for schoolteacher’s.

“We’ve found that teachers don’t have knowledge of epilepsy, and many are afraid of having children with epilepsy in their classroom because they feel overwhelmed by the possibilities,” said Mary Lou Smith, professor and neuropsychologist at the University of Toronto. “This fear and lack of knowledge act as additional barriers to effective instruction and inclusion.”

Schools can be an important focus for screening of children for epilepsy, as well as educational efforts to address basic knowledge, stigma, and misconceptions associated with epilepsy. Schools also are an appropriate and necessary place to provide seizure first aid to affected students, teachers, and staff, as well as rescue medications when needed.

While 14 US states and at least one Australian state have “seizure-safe schools” laws that require some level of teacher training, most countries have no requirement that teachers learn about epilepsy or how to handle seizures in students.

Through focus groups with teachers, the Ontario researchers developed a 10-minute video, as well as a video on rescue medication and downloadable booklets.

The researchers selected a 10-member group consisting of teachers, principals, other staff, and the parent of a student with epilepsy. This group participated in a two-hour codesign workshop meant to establish how to develop the training materials.

“We knew when we brought these people together, we were going to listen to what they said and create a resource that they would use, because it had components that mattered to them,” said Mary Secco, speaking in a “making of” video that explains how the workshop was run and how the materials were created.

The researchers had envisioned a 45- to 60-minute video as part of the training. “The teachers said no, we’re overwhelmed with work and educational requirements – there is no way we would watch something that long,” said Dr. Smith.

During the workshop, the researchers showed multiple videos and other materials to the group and asked for specific feedback about what was effective.

Drawing on the expertise of the neuropsychologists on the team, the materials also include information on how the brain works and how teachers can support students in the social, psychological, and cognitive consequences of epilepsy. That information was shared with the focus group at the end of the workshop.

The analysis of the results, published in 2021, found that teachers exhibited limited knowledge of epilepsy and seizures before the training, with only 60% scoring above 50% on the pre-training questionnaire. Before the training, 68% of participants believed that epilepsy had no cognitive consequences and 74% felt unprepared to handle a seizure in a student.

Scores increased significantly after the video was shown, with overall accuracy scores increasing from 59% to 75%. In the post-video survey, 75% of respondents said the video was adequate or excellent as an educational tool. And 79% of those who had said they felt unprepared to handle a seizure now felt prepared.

Because most schools in Canada do not employ school nurses, Dr. Smith said the program also may reduce calls to emergency services. “We get many cases where teachers or principals will call 911 when a child has a seizure even though it’s not necessary,” she said. “It’s because they don’t have the knowledge—they don’t have someone to step up and say, ‘We can manage this here.’”

Jennifer Garner was introduced to the online training materials while participating in a research study at Sick Kids Children’s Hospital in Toronto. “I was talking with them about how I struggle talking with the school about all of the consequences of my daughter’s epilepsy, not just the seizures,” she said. “And they shared the teacher toolkit with me.”

Garner’s daughter Julia was diagnosed with juvenile myoclonic epilepsy in late 2019, when she was in eighth grade.

More than 30 years before, Garner had received the same diagnosis at the same age. “In one sense, Julia is lucky because I understand what she is going through and I can explain things from my perspective,” she said.

Garner has shared the toolkit with Julia’s teachers. “They found it all so helpful, especially during COVID when learning was happening so differently,” she said.

“I knew her teachers were medically able to take care of Julia if something happened,” said Garner. “But there’s an emotional part to it, how to help when someone is coming out of a seizure. Your brain isn’t quite functioning; you know you’ve had a seizure, but you don’t fully understand what’s going on.”

The toolkit also covers learning, memory, and social challenges that can occur in children with epilepsy, which helped Garner and the teachers understand Julia’s challenges and how to help.

“I wish I had these materials years ago”

Garner also shared the materials with her sister, also a teacher. “She said it opened her eyes to the fact that things aren’t always what they seem,” she said. “It helped her look beyond the simplest explanation of what might be going on with a student.”

The toolkit helped Garner, as well, to understand her daughter’s academic challenges and behavior. “I wish I’d had these materials years ago,” she said, “both for her sake and for my own understanding of myself.”

Now that the materials are publicly available, Dr. Smith and colleagues hope to spread the word about the training. “Our hope would be that once teachers watch this video, they can revisit it later, particularly if they have a student with epilepsy in their classroom,” she said.