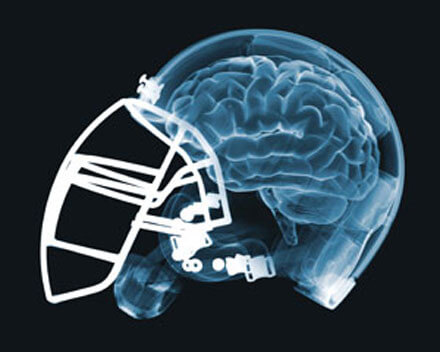 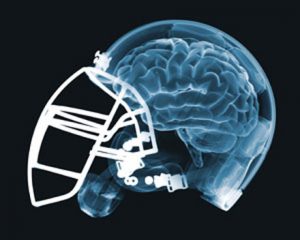 New research finds white matter changes in the brains of athletes six months after a concussion. The study will be presented at the Sports Concussion Conference in Chicago, July 8-10, hosted by the American Academy of Neurology, the world’s leading authority on the diagnosis and management of sports-related concussion. The conference brings together leading experts in the field to present and discuss the latest scientific advances in diagnosing and treating sports-related concussion.

The study involved 17 high school and college football players who experienced a sports-related concussion. The participants underwent MRI brain scans and were assessed for concussion symptoms, balance problems, and cognitive impairment, or memory and thinking problems, at 24 hours, eight days and six months following the concussion. Researchers also assessed 18 carefully matched athletes who had not experienced a concussion.

At all time points, all participants had advanced brain scans called diffusion tensor imaging and diffusion kurtosis tensor imaging to look for acute and chronic changes to the brain’s white matter. The scans are based on the movement of water molecules in brain tissue and measure microstructural changes in white matter, which connects different brain regions. Those who had concussions had less water movement, or diffusion, in the acute stages following concussion (24 hours, six days) compared to those who did not have concussions. These microstructural changes still persisted six months after the injury. Also, those who had more severe symptoms at the time of the concussion were more likely to have alterations in the brain’s white matter six months later.

Despite those findings, there was no difference between the group of athletes with and without concussion with regard to self-reported concussion symptoms, cognition, or balance at six months post-injury.

“In other words, athletes may still experience long-term brain changes even after they feel they have recovered from the injury. These findings have important implications for managing concussions and determining recovery in athletes who have experienced a sports-related concussion,” said study author Melissa Lancaster, PhD, of the Medical College of Wisconsin in Milwaukee. “Additional research is needed to determine how these changes relate to long-term outcomes.”