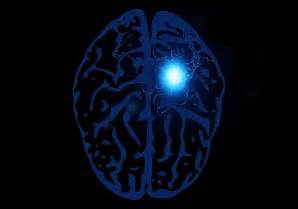 What are the symptoms of partial (focal onset) seizures? Types, causes, and treatment 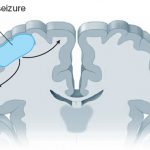 A partial seizure is a surge of electrical activity in just one area of the brain. These seizures are also known as focal onset seizures. A focal seizure can happen for a number of different reasons, so determining the underlying cause is the key to proper treatment.

People who suffer from partial seizures or focal onset seizures experience a lot of physical symptoms, including muscle contractions, visual disturbances, and even blackouts. All of this can be rather frightening.

What are the types of partial seizures?

Often times, people who are having a complex partial seizure look as if they are staring blankly into space. This is due to the fact that they may not be fully aware of their surroundings. Some people also make movements, such as blinking or chewing, when they are in this state. Those who suffer from CPS have also reported having an aura just before the seizure. During the complex partial seizure, the person may lose consciousness and won’t remember what happened. Feeling sleepy and confused following the episode is also common.

As we mentioned, seizures are scary, so understanding the causes of partial seizures can be important. If you or someone you care about experiences a seizure, it is not a good idea to jump to any conclusions. Obviously, immediate medical attention is required when a person experiences a seizure for the first time. There are different conditions that can lead to seizures, and there are some situations where the cause is never determined.

What are the symptoms of partial seizures?

If you have never had a seizure, it might be difficult to imagine what it would be like. Partial seizure symptoms vary from person to person. Some people experience just one symptom while others will have several symptoms.

The following list outlines some of the most common partial seizure symptoms:

Muscle contractions, such as head movements
Staring
Repetitive behavior, such as picking at clothes or lip smacking
Moving eyes from side to side
Abnormal sensations
Hallucinations, such as seeing, smelling, or hearing things that are not there
Abdominal pain or discomfort
Sweating
Nausea
Flushed face
Dilated pupils
Rapid heart rate

Some people also experience blackouts, changes in vision, changes in mood, and a temporary inability to speak.

How to diagnose focal onset seizures

Partial seizures are not easy to diagnose since they are in different locations. Thus, they vary from one person to the next. It is important for patients to give the doctor a detailed account of what they have experienced, including any unusual signs and symptoms leading up to the seizure. An open discussion also includes a complete review of family history to determine if any brain injury occurred before or during birth.

How long partial seizures last and what happens after?

As we mentioned at the beginning of this article, focal seizures are brief. Just how long do partial seizures last? Sometimes just a few seconds, while longer seizures last up to two minutes.

After a seizure, some people feel just fine and go back to doing whatever they were doing prior to the seizure. There are those who do feel confused afterward or really tired. Some people feel as if they have to lie down and have a nap.

Research shows that temporary weakness after a partial seizure is not unusual. In fact, there are some individuals that can’t move part of their body after they have had a seizure. This is called Todd’s paresis or Todd’s paralysis. The good news is that it isn’t permanent. It lasts anywhere from a few minutes to 36 hours and then goes away. Todd’s paralysis is named after Robert Bentley Todd, an Irish-born physiologist who first described the condition back in 1849.

Partial onset seizure treatment can take place as a seizure is actually happening if a sufferer is in the hospital and the attack is severe. In most cases though, focal seizure treatment focuses on addressing the underlying cause.

People who have ongoing seizures are usually prescribed medication. Neurologists are often asked how to stop partial seizures.

Unfortunately, you can’t always prevent them, but you can control them to a certain extent with medications. If someone has been prescribed medications for seizures, it is important that they take it as instructed, which means not missing a dose. Maintaining a healthy lifestyle and getting lots of sleep can be helpful. Exercising and minimizing stress can also be important for people who suffer from seizures.
When someone is having a seizure, try to keep objects and people out of the way until the attack is over. Muscle contractions can cause people to lash out and hurt themselves, so clearing the area can reduce the risk of injury.

If someone is having seizures even while taking medication, they should not drive a motor vehicle. A doctor can tell that person when it is safe to resume driving. It is worth noting that children with partial seizures often stop having seizures as they get older. For these patients, there may come a time when treatment is no longer required.

How to help someone suffering from a partial seizure

When you witness someone suffering from a partial seizure, it can feel overwhelming. Of course, you want to help the person in whatever way you can. The immediate reaction is usually to pick up the phone and call emergency services or a doctor, but there are some steps you can take to assist. We have already mentioned moving objects out of the way; however, the list below covers other helpful tips to take into account.

Guide the person away from traffic if they are outside
Reassure others nearby so they don’t become frightened
Place a cushion or folded cloth under the head if there is sudden body movement and the person is lying down.
Stay a safe distance away if the person is really agitated
Roll person onto one side to prevent him or her from choking
Do not place any objects into the person’s mouth
Use a calm voice to explain to the person what happened if the seizure ends and he or she seems confused

There is no denying that having seizures can change your life. For instance, some people who suffer from epilepsy have to prove that they are seizure free for a prolonged period of time before getting their driver’s license, and there are those who are told that they have to stop participating in their favorite sports, such as skydiving or scuba diving. Still, many people who suffer from partial or focal onset seizures live full, productive lives.

Many doctors who work with seizure patients say that those who have a good attitude toward their disorder and do not let it control them are generally happy people. Those who allow the condition to consume them emotionally tend to fall victim to depression, thus making the problem worse.