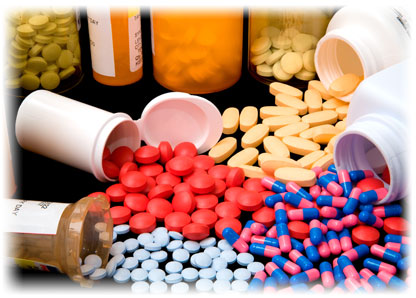 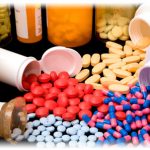 Different formulations of an antiepileptic drug (AED) may have a significant effect on the quality of life of people with epilepsy and intellectual disability (ID), a study shows.

Often prone to comprehension and communication difficulties, people with ID may be unable or unwilling to report adverse effects from medication and therefore may have what looks like treatment-resistant epilepsy because they are not deriving maximum benefit from their drugs.

“What we hadn’t realized is that in these patients they seemed to react to something in the liquid formulation that gave them a fast transit, so they were getting abdominal pain, loose motions, and we suspect that that was reducing the absorption of the levetiracetam,” Brendan McLean, MD, head of the neurology and neurophysiology departments at the Royal Cornwall Hospital in Truro, Cornwall, United Kingdom, told Medscape Medical News. “When we switched to the granules, seizure control improved, and those abdominal problems settled down.”

Levetiracetam is available as tablets, liquids, and granules. Dr McLean and coworkers looked at whether reasons existed to switch from tablets or liquid to granules in both ID and non-ID populations.

He presented their findings here at the 31st International Epilepsy Congress (IEC).

The researchers are members of the United Kingdom ID AED Register, which is one of the largest databases of people with epilepsy and ID. They asked two simple questions of people taking levetiracetam: (1) Are there any problems taking levetiracetam in its current form, such as size, taste, or swallowing issues? and (2) If the answer is “yes” or “possibly,” would you like to switch to granules?

Table. Problems With Levetiracetam Formulations and Desire to Switch

Some of the patients with ID who were able to communicate with their caregivers indicated that they disliked the size and flavor of the medications, “particularly when it was in Keppra [UCB Pharmaceuticals] formulation,” Dr McLean said.

“Those people with intellectual disability who were fed by nasogastric or PEG [percutaneous endoscopic gastrostomy]-fed methods saw an improvement in their seizure control when we didn’t alter the overall dose of the use of levetiracetam, and the carers told us that they had seen that their abdominal functions had improved,” he added.

The liquid formulation contains maltitol as a stabilizer, which may speed up gut transit time. The researchers have not done plasma levels to look at bioavailability or pharmacodynamics of the active drug but suspect that suboptimal efficacy is related to absorption in the gut. When switched to granules, which do not contain maltitol, transit time may be longer, allowing for better absorption.

They’ve a greater than 50% improvement in seizure control, so effectively we’ve added a new anticonvulsant without adding a new anticonvulsant.Dr Brendan McLean
Regarding these unexpected findings, he said, “Serendipity always shines through against expensive research, sometimes. Know your patients. Talk to the patients and talk to the carers.”
Other reasons for switching to granules among the ID population were unpleasant taste of levetiracetam liquid; the size of tablets, which causes swallowing problems; and the crushing of tablets influencing bioavailability. Granules can be mixed with food or drinks, but one potential problem is that people with severe ID may not finish the food or drinks.

Most adults with epilepsy but no ID volunteered that they had problems with the tablets and the flavor, but very few wanted to change. “They don’t want to risk upsetting their seizure control,” Dr McLean noted.

Fehim Arman, MD, chairman of the Department of Neurology at Acibadem University in Istanbul, Turkey, was intrigued by this rather simple approach to improving outcomes in people with epilepsy and ID.

“They showed that different types of formulations can help to control seizures, that side effects can be better,” he commented to Medscape Medical News. “It’s a good idea, and seeing the control of seizures with some forms is a good option.”

The study was supported by an unrestricted educational grant from Desitin Pharma Ltd. Dr McLean and Dr Arman have disclosed no relevant financial relationships.