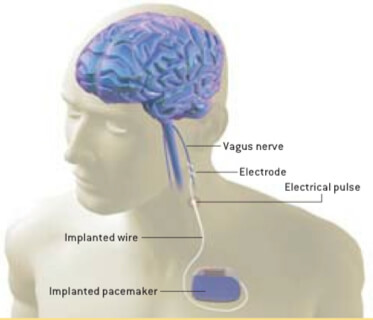 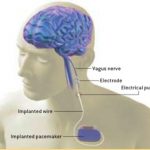 Results of a large long-term study suggest that patients with drug-resistant epilepsy treated with vagus nerve stimulation (VNS) have a reduced risk of sudden unexpected death in epilepsy (SUDEP).

A study by Annegers and colleaguessuggested that SUDEP decreased with adjunctive VNS therapy, but this was not confirmed in another comparable study by Granbichler and colleagues.

The current study increased the power of these previous two studies “by 100-fold,” said Dr Ryvlin. The new findings were reported here at the 2ndCongress of the European Academy of Neurology.

Dr Ryvlin and colleagues used a US database for their study. As he explained to meeting delegates, the US Food and Drug Administration requires all patients with drug-resistant epilepsy receiving VNS to be registered in a database and then followed.

From the database, researchers identified patients implanted with VNS from 1988 to 2012. They calculated VNS exposure from the date of implant until death, device explant, known date the device was disabled, or last follow‐up date of December 31, 2012.

Because SUDEP has not yet been included as an International Classification of Diseases code for cause of death, researchers developed an algorithm to determine deaths probably related to SUDEP. They had information on contributing factors and, in almost half the cases, on circumstances of death from families, physicians, and autopsies.

The cause of 70% of deaths was considered not related to SUDEP, such as suicides, accidents, murders, or a neurological disorders such as stroke.

The other 30% of deaths were considered “potential” SUDEP. For example, when the cause of death was listed as epilepsy or convulsions, SUDEP might be “assumed” if the patient “was perfectly normal before and was found dead in bed in the morning,” said Dr Ryvlin.
In the study that included 40,443 patients, there were 3689 deaths after a mean follow up of 6.9 years. According to their algorithm, the researchers concluded that 22% of these were related to SUDEP.

The study also looked at the age-adjusted rate of SUDEP. “There is a clear trend to decreasing, especially for the first 2 or 3 years, and then it seems to stabilize,” commented Dr Ryvlin.

To assess the potential impact of time and aging, researchers looked at the SUDEP rate in years 3 to 10 using data extrapolated from years 1 to 2. They came up with an overall SUDEP rate of 2.81, and 567.7 as the expected number of SUDEP cases.

“We can assume that maybe we saved one in 40 patients from SUDEP,” said Dr Ryvlin.

He acknowledged that during the period of observation ― 1988 to 2012 ― there might have been changes to physician practices or patient management that to some extent explained the reduction.

Looking at the effect of calendar year of the VNS implant on the SUDEP rate, the raw data showed an “extremely stable” rate except for an unexplained “bump” up in 2011, although there was a “huge confidence interval,” said Dr Ryvlin. “It’s a lateral straight line.”

The study was limited by the quality of the available data. Whereas in the two previous studies there were only 12 or so SUDEP cases, here “we were dealing with big data and we probably underestimated the true rate of SUDEP,” said Dr Ryvlin.

However, he added that this is unlikely to have affected the relationship between duration of patient follow up and reduction of SUDEP rates.

The authors concluded that the impact of aging and change of patient management over calendar years is unlikely to account for the reduction in SUDEP.

In contrast, the reduction “is likely to reflect the consequences of VNS treatment,” said Dr Ryvlin.

This, he said, could be a direct result of, for example, less severe or less frequent generalized clonic-tonic seizures among the patient population, or a specific neuro-modulation effect on the brain-stem center. But it might also be an indirect effect, because of such things as changes in antiepileptic drug therapy after VNS.

Responding to a query from session co-chair Tim von Oertzen, MD, Linz, Austria, about whether the researchers plan to include this new information when counseling patients about VNS, Dr Ryvlin said the study needs to be published first.

“We will see if a peer review will accept our conclusions.”

He pointed out that the American Academy of Neurology will soon release guidelines on SUDEP looking at risk factors and potential interventions.

“This study is not included, but I think it would be worth trying to get a re-evaluation of the level of evidence that will be published in those guidelines,” he said. He added that he would expect his study to be rated as class 2 evidence, “but that’s to be debated.”