Sudden Deaths in Epilepsy May be Cardiac Disease 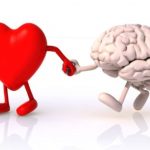 It is a little appreciated fact that about 10-20 percent of individuals who are told they have a seizure disorder and who are taking anticonvulsants actually never had epilepsy. Rather, the cause of their syncope was an intermittent cardiovascular event such as a vasovagal episode or an arrhythmia associated with cerebral hypoperfusion and motor movements interpreted as a classic neurogenic seizure.

It may take tilt table testing and prolonged outpatient ECG monitoring to unravel the true scenario. This enigma is one reason the emergency clinician may encounter patients who seize despite the use of anticonvulsants. They just never had epilepsy.

Several cardiac conditions can cause seizures, and this etiology may account for the observation that patients with seizures have a higher rate of sudden death than other individuals.

Cardiovascular Causes of Loss of Consciousness in Patients with Presumed Epilepsy: A Cause of Increased Sudden Death Rate in People with Epilepsy?

These authors raised the question of whether the increase in the sudden death rate in people with epilepsy is caused by undiagnosed cardiovascular disease. Like other researchers, they stated that the manifestations of a convulsive syncopal attack and a seizure are clinically quite similar, with no single diagnostic criteria distinguishing one from the other with certainty. It is well known that patients with cerebral hypoperfusion from a syncopal episode can present with transient seizure-like activity. These authors discussed the case histories and clinical treatment of 12 patients initially diagnosed with a seizure disorder who were eventually found to have convulsive syncope from a cardiovascular condition.

One patient, a 22-year-old woman with a 17-year history of presumed seizures unresponsive to carbamazepine, primidone, and phenobarbital, commonly experienced warmth, nausea, and olfactory hallucinations prior to having a seizure. She developed pallor with tonic posturing and colonic jerks of her lower extremities after losing consciousness. She had had a normal EEG, ECG, and Holter monitoring in the past. An upright tilt table test was performed that produced a vagal syncopal response of bradycardia and hypotension with tonic-clonic motions of the extremities, similar to a classic seizure. She was treated with atenolol and a scopolamine patch, and the tilt test was negative. She was continued on those medications without any antiseizure medications, and was symptom-free for at least 24 months.

A 15-year-old girl was diagnosed with seizures after five episodes with loss of consciousness, incontinence of urine, and a five-minute postictal period. She was treated with phenytoin. A standard minimal seizure workup was negative, but continuous ECG monitoring revealed an episode of torsades de pointes resulting in malignant ventricular tachycardia that caused convulsive syncope.

A 48-year-old woman was diagnosed with epilepsy for 16 years because of recurring episodes of lightheadedness, shortness of breath, and tingling in her hands and arms with a negative ECG and laboratory testing. An EEG was also normal. She was placed on phenytoin and primidone. She had never had outpatient ECG monitoring, but an episode, previously said to be hyperventilation, showed a long QT interval and frequent pauses, with second- and third-degree heart block resulting in asystole after Holter monitoring. Her diagnosis was idiopathic complete heart block, and she was symptom-free with a pacemaker.

A 42-year-old man with a history of loss of consciousness and tonic posturing had a slightly abnormal EEG and was placed on phenytoin. Occasionally the spells occurred after palpitations, but he continued to have syncope and motor activity, some with incontinence, so the phenytoin was increased. He was kept on large doses of phenytoin with continued seizures for 17 years until he was seen in an ED with a narrow complex tachycardia (rate 220/min). He was found to have intermittent re-entrant tachycardia on workup. He had cerebral hypoperfusion during the tachycardia that produced loss of consciousness and seizure activity. He was treated with cardiac ablation, and became seizure-free.

Almost all of the patients subsequently with diagnosed cardiovascular seizures had normal initial basic tests (ECG, EEG, lab tests) and were simply placed on anticonvulsants. It was not until prolonged cardiac monitoring, often many years later, that the true etiology was ascertained.

The nature of the cardiac disorders found in these patients suggests that undiagnosed cardiac syncope could be an important component of the increased risk of sudden death seen in people with presumed epilepsy. Some of these patients had relatives who experienced sudden death at an early age from unknown pathology.

These authors note that many patients with seizures and non-diagnostic EEGs are often empirically placed on antiepileptic medication without an intensive evaluation for cardiovascular causes of syncope. Merely applying a Holter monitor or performing a single ECG is often not productive. Many of the patients described in this report had many Holter monitors and a lot of ECG testing.

Simultaneous ECGs and EEGs are required to differentiate myoclonic jerks of cerebral hypoperfusion from true tonic-clonic seizure activity. Neither test is usually performed while a patient is having a seizure. These authors also point out that cardiac syncope is thought to be present in a patient with sudden loss of consciousness with no prodromal warnings, and that many patients with cardiac syncope have lightheadedness, pallor, diaphoresis, nausea, blurred vision, and palpitations that would not commonly be chalked up to cardiac syncope.

The authors note that the annual rate of sudden unexplained death due to epilepsy is about 0.1 percent to 0.2 percent compared with the incidence of 0.0004 percent in the non-epileptic population. This increased sudden death rate of people with epilepsy remains unexplained for the most part. The causes clarified in this report would also escape detection by routine autopsy. Association of torsades with seizures is unquestionable, and there is a potential fatal consequence of prolonged QT syndrome. Prolonged asystole demonstrated in tilt testing could also be a cause of sudden death.

These authors conclude that patients with seizure-like activity with a negative or nonspecific EEG, particularly when accompanied by atypical seizure-like symptoms and failure to respond to anticonvulsive therapy, should be studied with tilt table testing and prolonged ambulatory ECG recordings.

Comment: This article is enlightening. I can remember dozens of patients who had recurrent seizures, often even with therapeutic levels of anticonvulsants, who did not have the type of intensive testing ordered by these clinicians. I don’t know exactly what a family doctor or neurologist routinely does when initially presented with such patients, but the tests described in this report are clearly not routine. Ongoing seizures likely just mandate more or different medications instead of a different or additional evaluation.

Importantly, a resting ECG, except for a prolonged QTC, is always noted, and this single test is rarely helpful. I think any patient in the ED with a seizure, however, should have an ECG performed even if he tells you he has a diagnosis of epilepsy. The emergency physician certainly does not know the extent or depth of testing in the vast majority of patients who present with a seizure. One would hope that the treating neurologist would have these rather remarkable reports in his armamentarium and that primary care clinicians would consider frequent referrals of difficult patients to a cardiologist for further testing. Certainly, if a patient is only managed by his general practitioner, with only an occasional seizure, it is unlikely that such referrals would occur.

Traditionally, the presence of nausea, warmth, lightheadedness, palpitations, diaphoresis, and pallor prior to a seizure-like activity is typical for a seizure disorder, and absence of warning signs suggests a cardiac etiology. I don’t think one can put much stock in this concept. In the case of the vasovagal form of syncope, classic pre-syncopal symptoms include lightheadedness, a feeling of being warm or cold, sweating, palpitations, pallor, nausea, visual blurring, and diminution of hearing and occurrence of unusual sounds.

One would hope that an emergency clinician would ask some more probing questions of seizure patients, but these patients all too often are unaware of the extent of their testing, are frequent flyers, and do not take their medications. Noncompliance with medication is usually thought to be the cause of a breakthrough seizure. I found this article to be very discouraging for the emergency physician who thought he sort of knew the difference between seizure and syncope and believed that patients previously seen by other physicians placed on antiepileptic medications actually had epilepsy.

Finally, an occasional seizure is precipitated by the use of cardiac antiarrhythmics, fluoroquinolones, and macrolide antibiotics, so be sure to ask about the use of these.