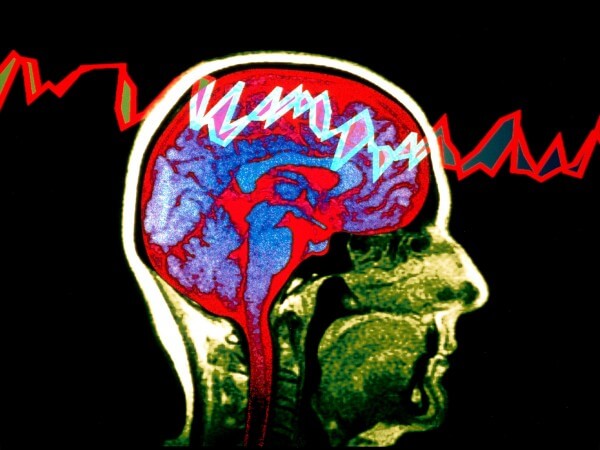 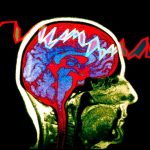 Researchers say that a shutdown in the brain stem may explain sudden death in epilepsy, whose effects on brain waves shown in the picture.  Sudden death, a mysterious and devastating outcome of epilepsy, could result from a brain stem shutdown following a seizure, researchers report today in Science Translational Medicine. Although the idea is still preliminary, it’s engendering hope that neurologists are one step closer to intervening before death strikes.

Sudden unexpected death in epilepsy (SUDEP) has long bedeviled doctors and left heartbroken families in its wake. “It’s as big a mystery as epilepsy itself,” says Jeffrey Noebels, a neurologist at Baylor College of Medicine in Houston, Texas, and the senior author of the new paper. As its name suggests, SUDEP attacks without warning: People with epilepsy are found dead, often following a seizure, sometimes face down in bed. Many are young—the median age is 20—and patients with uncontrolled generalized seizures, the most severe type, are at highest risk. About 3000 people are thought to die of SUDEP each year in the United States. And doctors have struggled to understand why. “How can you have seizures your whole life, and all of a sudden, it’s your last one?” Noebels asks.

In 2013, an international team of researchers described its study of epilepsy patients who had died while on hospital monitoring units. In 10 SUDEP cases for which they had the patients’ heart function and breathing patterns, the authors found that the patients’ cardiorespiratory systems collapsed over several minutes, and their brain activity was severely depressed. “Their EEG went flat after a seizure,” says Stephan Schuele, an epileptologist at Northwestern University Feinberg School of Medicine in Chicago, Illinois, who wasn’t involved in the study.

A different piece of the SUDEP puzzle had emerged a few years before, when Noebels’s lab found that mutations in a gene associated with sudden cardiac death in people predisposed mice to epilepsy and SUDEP. Cardiologists then noted that patients with similar cardiac gene mutations also had epilepsy. Although the whole picture was still hazy, this suggested that certain gene mutations might put patients at risk for both brain and heart disorders. The defective gene Noebels studied in mice clearly wasn’t enough to trigger SUDEP on its own, however—many epilepsy patients have similar mutations, but they also have an apparently normal life span.

To learn more, Noebels and postdoctoral neuroscientist fellow Isamu Aiba at Baylor created two different SUDEP mouse models. One had mutations in a potassium ion channel gene, which disrupts the normal firing of neurons; another had mutations in a sodium ion channel gene with a similar function. Both genes are linked to SUDEP in people, and the sodium channel mutation can cause Dravet syndrome, a particularly aggressive form of epilepsy in children with a high SUDEP risk.

The researchers then induced seizures in the animals and monitored activity in the brain stem and elsewhere in the brain. Nine of 18 mice had what’s called “spreading depolarization” in their brain stem—essentially, a shutdown of electric activity that sweeps across the critical brain region and silences neurons. Spreading depolarization has been recorded in other neurologic conditions, but it usually happens in parts of the brain where it’s not normally fatal. For example, depolarization seems to cause the perceptual “aura” described by migraine sufferers. But in the mouse models of SUDEP, “the spreading depolarization is noxious because it’s occurring in a very critical tissue” that controls breathing and heart function, says Michael Moskowitz, a neuroscientist at Harvard Medical School in Boston, who has studied the phenomenon for years.

Noebels and Aiba also found that in 15 animals without the gene mutations, inducing seizures didn’t cause spreading depolarization. Instead, the mice recovered from the seizure afterward—just like most people with epilepsy do.

The study, Schuele says, is fascinating. “It’s the first paper that gives us an understanding of the potential mechanism.” Still, there’s much more to do to bolster the theory. He’s curious whether spreading depolarization will show up in other mouse SUDEP models and whether it’s detectable in people who don’t have these rare mutations. It’s also still unclear how seizures might cause spreading depolarization in the brain stem, and how to identify those at highest risk. Some patients are known to have abnormal responses during seizures, such as difficulty breathing or an erratic heart rate, as well as abnormal flattening of electrical activity in their cortexes — all of which might put them at increased risk, Noebels says.

There’s hope that certain drugs can inhibit spreading depolarization, including some migraine therapies and antidepressants. If those at highest risk can be identified, Schuele says, it might make sense to “selectively treat patients” with medications that aren’t part of the usual epilepsy regimen.