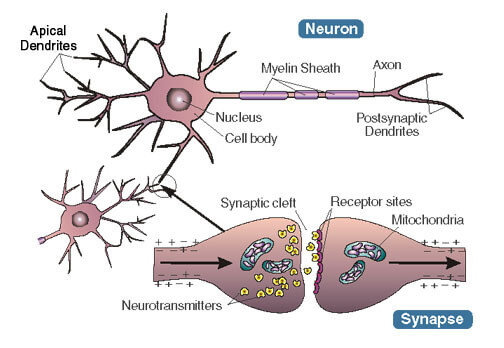 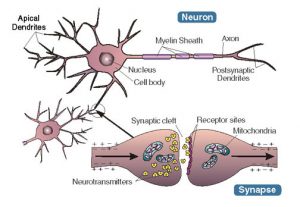 Our ability to learn, move, and sense our world comes from the neurons in our brain. This information moves through our brain between neurons that are linked together by tens of trillions of tiny structures called synapses. Although tiny, synapses are not simple and must be precisely organized to function properly. Indeed, diseases like autism and Alzheimer’s are increasingly linked to defects in the organization and number of these tiny structures. Now researchers at Thomas Jefferson University have found a new way in which synapses organization is controlled, which could eventually lead to better treatments for neurological diseases.

Researchers who study how synapses grow and are lost have long focused on a molecule called PSD-95, which helps create and maintain the scaffolding around which a synapse is built. A new paper, publishing in Nature Neuroscience October 19th, reveals that a second protein interacts with PSD-95 and enables adaptive changes, such as changes in sensation, to be translated into changes in the synaptic scaffold, changing the amount of PSD-95 at the synapse.

“We can’t see or learn or talk without synapses working properly,” says senior author Matthew Dalva, Ph.D., Associate Professor of Neuroscience at the Sidney Kimmel Medical College at Thomas Jefferson University and the Farber Institute of Neuroscience at Jefferson and leader of the Theme Team for Synapse Biology. “We need a better understanding of how the brain works normally in order to develop a better sense of where to intervene to stop or cure diseases of the brain. It’s important to understand how these molecules interact.”

Through high-powered microscopy and biochemical analyses, the researchers discovered that a protein called ephrin-B3, which sits at membrane of neuronal synapses near clusters of PSD-95. The researchers showed that ephrin-B3 was actually an active player, helping anchor PSD-95 at synpases. When levels of ephrin-B3 were lowered, PSD-95 would leave the synapse. Work from other laboratories has shown that these synapses, with less PSD-95, are likely to be weakened or lost.

“The appearance and disappearance of synapses can be fluid in a neuron,” says Dr. Dalva. “When we learn something new, synapses can be added or strengthened, but synapses must be weakened as well – so that the brain does not become overactive. We think that ephrin-B3 plays a role in sensing when that change should occur.” These sorts of events could be particularly important in diseases like epilepsy where the brain becomes hyper active. In theory overstimulation should decrease ephrin-B3 levels in order to reduce synapse strength. “It would be interesting to see if something in that process goes wrong in epilepsy, and if ephrin-B3 is involved,” says Dr. Dalva.