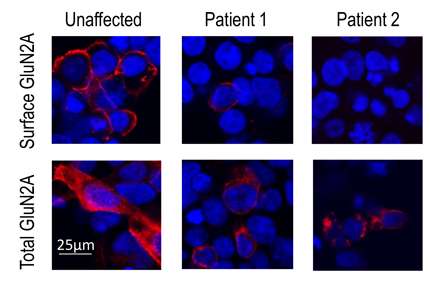 Study reveals how genetic defects can lead to childhood epilepsy 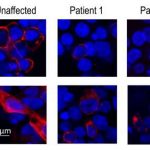 In their new study, published in Scientific Reports and funded by Eli Lilly and Co., the researchers set out to understand how genetic defects affect electrical transmission in the brain. Understanding exactly how nerve cells are misfiring and creating seizures in children with epilepsy will allow researchers to design better, more personalised treatments for epilepsy.

In 2013, researchers from King’s, as part of two European collaborations, discovered that defects in a gene called GRIN2A caused several types of childhood epilepsy associated with speech and language problems. A major breakthrough at the time, the 2013 studies firstly revealed that children with these epilepsies had defects in GRIN2A. This new work now shows the cellular dysfunction caused by these genetic deficits that leads to epilepsy.

Epilepsy is a condition that affects the brain and causes repeated seizures. More than half a million people in the UK have epilepsy and although it can start at any age, the disorder most often begins during childhood and has genetic causes. Around one child in every 200 has epilepsy and while some will grow out of it, others won’t. Seizures are caused by a sudden burst of electrical activity in the brain. This means there is a temporary malfunction in the way that messages are passed between brain cells.

GRIN2A makes a protein called an ion channel, found on the end of nerve cells in the part called the synapse. Using patient data, the researchers found that defects to GRIN2A cause the protein it makes to get trapped inside cells and not reach the cell surface where it is supposed to be. In some patients the protein does get to the surface, but it does not work properly, and the brain chemicals that bind to it do not attach well. In both of these situations, the protein works far less effectively than it should and this – the researchers think – is what causes epilepsy. There is a fine balance in the brain between too much, and too little electrical activity. The researchers indicate that nerve cells which usually balance brain activity don’t work normally because of the faulty GRIN2A. This then causes too many electrical impulses and increases the risk of a seizure.

In the final part of their study, the researchers used a new chemical compound to restore the function of GRIN2A in cells in the laboratory, which contained the genetic deficits found in different patients. This indicates that there is potential for new treatments to be developed, according to the study authors.

Dr Laura Addis, first author from the Institute of Psychiatry, Psychology & Neuroscience (IoPPN) at King’s College London, said: “This study is important as it shows that mutations in GRIN2A cause the protein produced to malfunction in different ways, leading to epilepsy.

“Although there are many medicines that can be given to children who have epilepsy, often doctors have to try quite a few, or combinations of medicines, before the seizures stop. In many cases doctors cannot get the seizures to stop at all, and children become very ill. By understanding exactly what is going wrong in children with defects in GRIN2A, we can now try to work out what medicines target the pathways in the nerve cells that aren’t working properly.”

Professor Deb Pal, study co-author, also from the IoPPN at King’s, said: “Personalised medicine is the future of epilepsy treatment and will involve prescribing treatments based on the specific effects of a patient’s genetic defect. We now need to develop cellular assays for screening of different medicines to see if they can rescue the mutant GRIN2A protein and make it function properly. As the mutations cause the protein to malfunction in different ways, we will need to work out strategies for the different types of effect. Some medicines will need to be able to get the protein to the cell surface, whereas others will need to make the protein work more, or less effectively, depending on the type of mutation.”