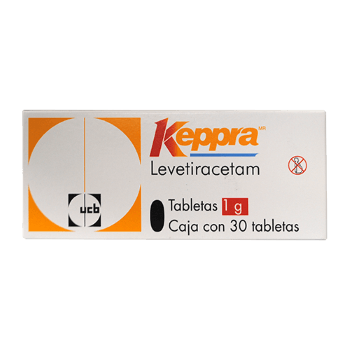 Levetiracetam (Keppra) is favored by clinicians over sodium channel blockers as the first prescribed treatment for their patients, but it is also more frequently discontinued due to mood-altering adverse events, researchers reported here at the annual meeting of the American Epilepsy Society.

Through the Human Epilepsy Project, the researchers were able to pull data on 405 newly-diagnosed patients with epilepsy who had been initiated on monotherapy and had two years or more data since they started their antiepileptic drug. They found that 232 clinicians started

their patients on levetiracetam—more than three times greater frequency than the next drug of choice, lamotrigine, which was prescribed to 72 patients, reported Jacqueline A. French, MD, FAAN, professor of neurology at NYU Langone Health.
ADVERTISEMENT

But after two years, just 86 patients, or 37.1 percent, who had been prescribed levetiracetam as monotherapy were still on that regimen; 14.2 percent of patients who started on levetiracetam had added another medication to their regimen, and 48.1 percent of the patients had switched from levetiracetam to another agent, Dr. French said at her poster presentation.

“Overwhelmingly they chose levetiracetam as the first drug for treatment, and we think that is because it is an easy drug to prescribe. It doesn’t require titration, and theoretically it is well-tolerated,” she said. “However, when we followed the treatment of these patients, the drug that was chosen most often was discontinued at twice the rate of the older sodium channel blockers.

“So, we are asking the question: Is it really the drug that should be started first?” Dr. French said. “There are people in the community who are now being told that when you have a patient with epilepsy, the only thing you have to know is to prescribe levetiracetam This study appears to show that such advice may not be true.”

On the other hand, she said, patients who were on sodium channel blockers tended to stay on those treatments: 70.8 percent of patients taking lamotrigine remained on the drug, for example.

Commenting on the data, one neurologist said that he would still offer levetiracetam to his patients as a first choice.  “This information does not necessarily change my practice, which is to prescribe levetiracetam first to these patients,” said Aaron Geller, MD, a neurologist with the Northeast Regional Epilepsy Group of Morristown, NJ, as well as Hackensack University Medical Center and Overlook Medical Center. “I think levetiracetam is a sufficiently benign medication, and it is worth prescribing it to patients and see if they can tolerate it. I would want them to tell me that they felt bad on it before I would want to try another treatment.”

He pointed out that all the treatments have side effects. “There are strikes against all of them so I would wait to see if there was a problem with levetiracetam before considering a second drug in this population,” Dr. Geller said. “Having to switch a medication is not the end of the world.”

But Shaun O. Smart, MD, assistant professor of neurology at Memorial-Hermann Texas Medical Center of UTHealth in Houston, had a different perspective. “We have seen a lot of problems with our patients who have been on levetiracetam due to these mood changes. It can be a serious problem.”

Angela Parsons, MD, a senior epilepsy fellow at the Mayo Clinic in Scottsdale, AZ, reported outcomes similar to those in the current study here at the AES annual meeting. “We think that you should discuss with patients if they have mood problems at the time of prescribing levetiracetam, and avoid the drug if there is a problem at baseline. We found that even mild behavioral complications from levetiracetam can impact quality of life.”

“In patients at risk of mood problems, the transition from levetiracetam to another antiepileptic drug with a lower incidence of adverse mood effects should be considered,” Dr. Parsons said. In her clinic, patients were transitioned to lamotrigine.

In Dr. French’s study, none of the patients who were originally treated with lamotrigine expressed any of these mood disturbances as a reason for discontinuation.

The Human Epilepsy Project study is supported by the Epilepsy Study Consortium, a non-profit organization dedicated to accelerating the development of new therapies in epilepsy to improve patient care. The funding provided to the consortium comes from industry, philanthropy, and foundations: UCB Pharma, Eisai, Pfizer, Lundbeck, Sunovion, The Andrews Foundation, The Vogelstein Foundation, Finding A Cure for Epilepsy and Seizures [FACES], and Friends of Faces.