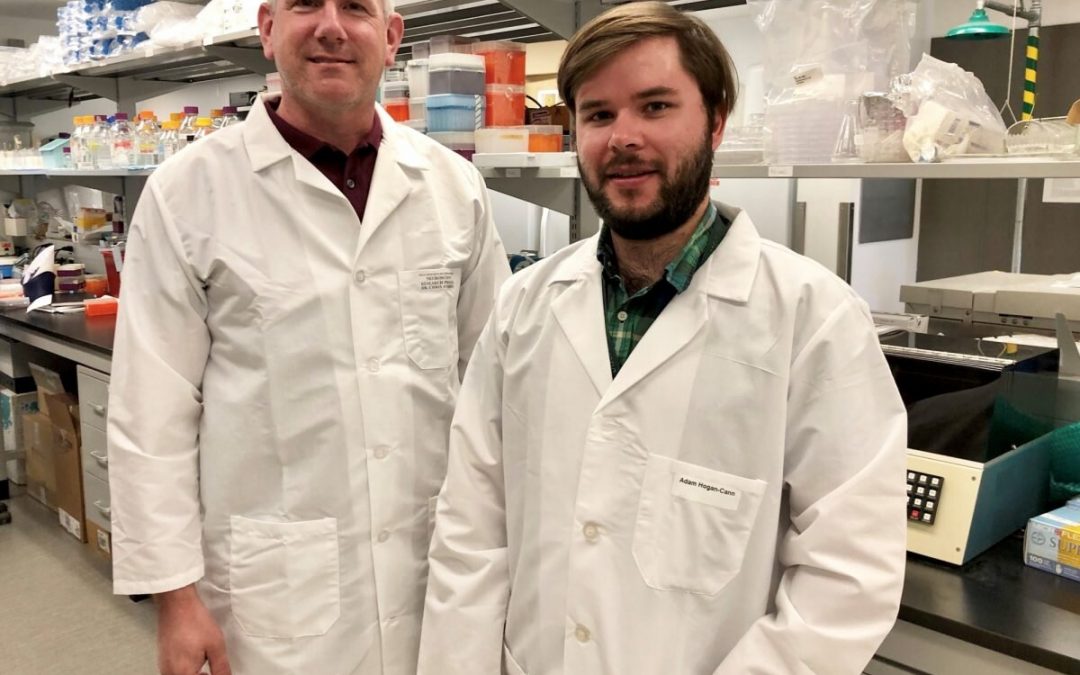 A recent study by University of Manitoba researchers could lead to groundbreaking new treatments and improved diagnosis of diseases like Alzheimer’s, stroke, epilepsy and diabetes.

Dr. Chris Anderson and his team examined changes in blood flow in the brains of live mice. The findings were published in May by the prestigious journal Proceedings of the National Academy of Sciences (PNAS).

Anderson, a professor in the department of pharmacology and therapeutics, Max Rady College of Medicine, and director, Neuroscience Research Program, Kleysen Institute for Advanced Medicine, said that one of the most fundamental features of normal brain function is that blood supply naturally increases when it is needed most. This process does not work properly in many brain diseases and causes the gradual starvation of essential brain regions.

“There is growing evidence that failure of brain blood flow regulation is a defect that underpins many of the most devastating brain disorders, including dementia, epilepsy, and post-stroke and post-concussion syndromes,” he said. “Therefore, there is exciting potential that discoveries in this area could lead to improved diagnosis and treatment options that help create better outcomes in many diseases.”

Anderson, the corresponding author of the article entitled Endothelial NMDA receptors mediate activity-dependent brain hemodynamic responses in mice, said that the molecular and cellular nature of this failure of blood flow regulation is poorly understood. His lab is focused on discovering how active brain cells communicate with brain blood vessels to tell them to let more blood into active regions.

Adam Hogan-Cann, a U of M Ph.D. student and the lead author of the article, said that Anderson’s lab had previously identified a protein (NMDA receptors) in the cells lining blood vessels in the brain that seemed to be important in controlling the dilation of vessels and regulating blood flow. Ping Lu, a research associate, co-authored the paper.

Before the study, Anderson said they had clues that the endothelial cells (cells that form the linings of blood vessels) have NMDA receptors that were able to initiate signals that lead to increases in vessel diameter. Those results were published and used isolated brain tissue from mice. No one had ever observed this in a live animal.

So Anderson and his team genetically engineered mice to delete the NMDA receptors in the endothelial cells. The researchers wanted to find out whether there was a response in blood flow with and without the NMDA receptors. The research team then implanted a plastic holder onto the skulls of the mice and created a window into their brains using a small drill.

Brain blood flow of individual vessels was observed in the brains of the awake mice using a microscope. To activate the neurons to see if there was a change in blood flow, they blew a puff of air onto individual whiskers, which triggered activity in the brain.

“Results clearly showed that animals with endothelial NMDA receptors responded normally to whisker stimulation while animals without them, had a dramatically reduced blood flow response,” Anderson said. “This means that this protein plays an important role in brain blood flow responses to natural brain activity.”

Hogan-Cann said that although their hypothesis was correct, he was surprised by the magnitude of the effect.

“It just really kind of hammered home the idea that this is something that is really important that hadn’t been looked at before,” Hogan-Cann said.

Because this reduced blood flow is involved in many different diseases that affect the brain it is a chicken and egg debate, Hogan-Cann said. There are changes in blood flow that happen way before a disease is recognized, so it could be that the changes are either initiating, contributing or making the condition worse, he said.

Now that the researchers know what happens when they remove the NMDA receptor, the team’s next step in its research is to focus on understanding how the receptors work.

“In some respects, we’re leading the way,” Anderson said.