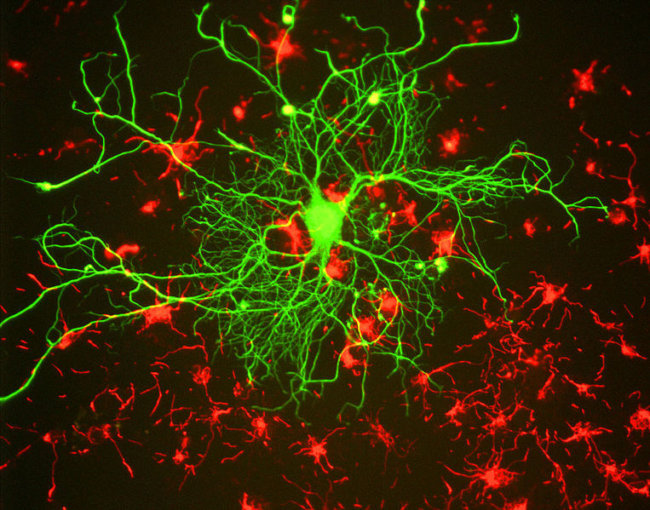 Study improves molecular understanding of the brain in people with epilepsy

Neural stem cells have been found in epileptic brain tissue—outside the regions of the brain where they normally reside. In a group of patients who underwent surgery for epilepsy, over half had stem cells where healthy individuals do not have them, according to a study from Sahlgrenska Academy.

“We have confirmed what earlier studies indicated, and gained new knowledge about molecular characteristics of these neural stem cells,” says Milos Pekny, professor at the Institute of Neuroscience and Physiology.

Neural stem cells with the ability to form new neurons in the brain are normally present in the hippocampus (the part of the brain connected to learning and memory) and in the subventricular zone of the brain. However, in 8 of 14 patients in the study, neural stem cells were present outside these regions, namely in the epileptic brain tissue that was surgically removed.

Over 50 operations of this kind are conducted in Sweden each year, of which about 20 in Gothenburg, with most patients becoming seizure-free or having significant reduction in seizure frequency. After an extensive investigation aiming at the precise localization of the epileptic focus, brain tissue that is damaged due to malformation, injury or other cause, is surgically removed.

Surgeons, neurologists and neuroscientists worked side by side in the current study, which followed ethical approval and informed consent from each patient. For research purposes, the team was allowed to examine a small part of the removed tissue used for histopathological examination – in the operating room and in the research laboratory, just several minutes after removal.

“About 60% of the patients had epileptic tissue that contained neural stem cells that could be converted into neurons, astrocytes and oligodendrocytes (the three types of brain cells that neural stem cells can differentiate into) when they were later grown in the laboratory,” says Milos Pekny.

“This may point to a greater plasticity in the epileptic tissue, which to some extent can be compared to the brain tissue of a newborn,” continues Milos Pekny.

Scientists have gained a better molecular understanding of the region of the brain in individuals with epilepsy which – due to a developmental abnormality, trauma, stroke, or a growing tumor – has stopped responding to control signals, and this results in recurrent seizures.

“The knowledge gained in this study primarily helps to improve our understanding of the brain responses in epilepsy,” outlines Milos Pekny.

Scientists have long speculated that astrocytes, the cell type that controls many neuronal functions, give rise to neural stem cells in damaged brain tissue.

“Our study suggest that this is not the case, at least in epilepsy, and it contributes the advancement of our understanding of what can happen in the brain in people with epilepsy,” says Milos Pekny.