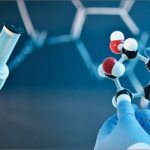 Researchers have identified a new genetic mutation at the heart of a severe and potentially deadly seizure disorder found in infants and young children. The finding, which was reported in the journal American Journal of Human Genetics, may help scientists unravel the complex biological mechanism behind these diseases.

“These findings allow us to open up what was, up to this point, a ‘black box’ and more fully understand the biological pathways associated with these disorders and why some individuals do not respond to treatment,” said Alex Paciorkowski, M.D., an assistant professor of Neurology at the University of Rochester Medical Center (URMC) and lead author of the study.

Epileptic seizures are the result of bursts of electrical activity in the brain caused when groups of neurons fire in an abnormal pattern. The study out today focuses on a severe form of seizure disorders – early myoclonic encephalopathy, Ohtahara syndrome, and infantile spasms – collectively referred to as developmental epilepsies. These seizures appear early in life, in some instances hours after birth, and can be fatal. Individuals with the condition who survive beyond infancy will often struggle for the rest of their lives will developmental disabilities,autism, and uncontrollable seizures.

The researchers analyzed the genetic profiles of 101 individuals with developmental epilepsyand were able to identify a mutation in a gene called salt-inducible kinase 1 (SIK1), a gene previously unidentified with the disease and one which the researchers believe plays a role in a chain reaction of gene and protein interactions in neurons that contribute to seizures.

The link between the SIK1 mutation and developmental epilepsy was made possible through the intersection of genetics, neurobiology, and high performance computing. In the latter case, the researchers utilized a supercomputer cluster at the University of Rochester that allowed the scientists to sift through enormous sets of genetic information quickly and more efficiently.

“High performance computational capabilities were key to this research and enabled us to analyze essentially the full genetic profile – more than 20,000 genes – for each study subject and simultaneously compare the results with data from other families,” said Paciorkowski. “In the past, this type of analysis would have taken months of computing time to accomplish. We can now get results in a matter of days.”

Once the mutation was identified, the researchers worked with neurobiologists in the URMC lab of Marc Halterman, M.D., Ph.D., and were able to identify the downstream impact of the mutation, namely that it regulated another gene that has been associated with severe seizures called myocyte-specific enhancer factor 2C (MEF2C).

While the biological chain of events caused by the mutation is not fully understood, the researchers believe that malfunctioning SIK1 and MEF2C genes interfere with the cellular machinery in neurons that that are responsible for guiding proper development, namely, the growth, maintenance, and maturation of synapses, the connections that allow neurons to communicate with their neighbors.

Using an array of experiments, including in brain tissue from an affected individual, Paciorkowski and colleagues showed that the proteins created by the mutated SIK1 did not behave normally. In healthy cells, the proteins eventually make their way from the cytoplasm into the cell’s nucleus and, once there, help “instruct” the cell to carry out specific functions. The researchers observed that the proteins created by mutated SIK1 genes remained stuck in the cytoplasm.

While the finding sheds light on the biological mechanisms of these diseases, it may also guide treatment in the near future. The primary drug used to treat developmental epilepsy is adrenocorticotropic hormone (ACTH). However, the drug is ineffective in about 40 percent of cases. ACTH is also very expensive and has significant, including life-threatening, side effects. The hormone is known to regulate SIK1 levels. The new finding may enable researchers to better identify which individuals are more likely to benefit from the treatment.