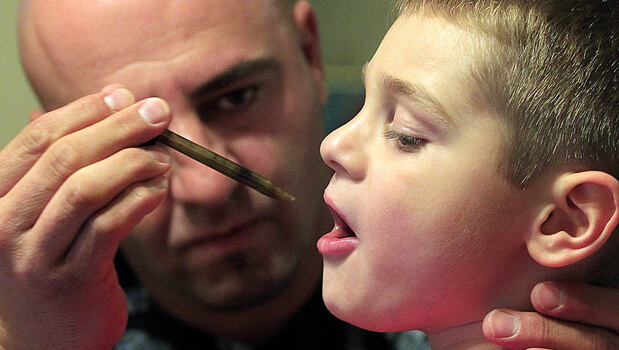 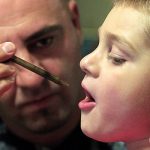 Studies are under way to test the effectiveness of a marijuana extract that has been hailed as a wonder drug by some parents whose children suffer severe forms of epilepsy. But as initial findings from several researchers trickle in, the results are proving mixed.

A dozen states in the past year, including Florida and Kentucky, have legalized the substance—cannabidiol, or CBD—despite a lack of hard evidence of its effectiveness in controlling seizures. Another nine states are weighing CBD legislation. Some of the bills have been named after children in those states with severe epilepsy and whose families were desperate for an alternative after trying other medications that failed.

The early research results show that while some children appeared to improve after taking CBD, others didn’t respond, or even worsened. Doctors say the findings underscore the need for more research on the extract. CBD also has been studied as a potential treatment for other conditions, including schizophrenia and anxiety.

“We don’t have enough data at this point to recommend marijuana products for families,” said Kevin Chapman, a neurologist at Children’s Hospital Colorado, outside of Denver, and co-author of a study released at an American Epilepsy Society meeting in December.

Most of the state laws and bills allow the substance only to treat serious forms of epilepsy such as Dravet syndrome, a rare condition that begins in infancy and can cause hundreds of seizures a day and developmental delays. The measures are far more restrictive than laws in 23 other states that legalized pot for broader medicinal use. CBD is a compound in marijuana that doesn’t generate a high and can be taken orally in an oil form.

Some doctors worry that states are moving ahead without better data. “We have clear and well-established mechanisms to determine if therapies are safe and effective,” said Dr. Amy Brooks-Kayal, president of the American Epilepsy Society. “To have legislatures bypass that process before they have that information poses risks to people who choose to use that therapy.”

State Rep. Allen Peake, the Republican sponsor of a CBD bill that passed the Georgia House in February, said he has no qualms about promoting the substance without more research. “Maybe it’s just anecdotal rather than a classic clinical trial, but this product works, and it’s changing the lives of these families,” he said. A similar measure is working its way through the state Senate.

Dr. Chapman’s study, which involved a review of the health records of 75 children who took CBD, found that 33% of them had their seizures drop by more than half. However, 44% of the children experienced adverse effects after taking CBD, including increased seizures. Of the 30 patients whose records included the results of brain-wave tests, a less subjective measure of seizure activity, only three showed improvements in those exams.

“It really wasn’t the high numbers we were hoping for,” Dr. Chapman said.

Another study presented at the epilepsy meeting in December focused on a purified CBD extract called Epidiolex, made by GW Pharmaceuticals, which is seeking Food and Drug Administration approval for the medication. The FDA has granted it orphan drug status, a designation aimed to encourage drug development for rare conditions. Findings from the study, which were funded in part by GW, appeared more favorable than Dr. Chapman’s study. Of the 58 patients, 40% saw seizures decline by more than half and 10% of them became seizure-free. One patient had an increase in seizures.

“We’re certainly encouraged by it,” said Orrin Devinsky, a neurologist at New York University leading the Epidiolex studies. But he added that it wasn’t a classic double-blind, placebo-controlled trial. He said he expects to start such a study in the next month or so.

Other studies on CBD’s effectiveness at treating seizures also are being launched this year, including at the University of Colorado and the University of Alabama at Birmingham. To encourage further research on marijuana, the American Academy of Pediatrics in January urged the Drug Enforcement Administration to reclassify marijuana to a less-restrictive category.

Encouraged by anecdotal reports of CBD’s effectiveness, some families have moved to states such as Colorado, where recreational use of marijuana is legal and they can obtain the extract. Janea Cox and her 5-year-old daughter, Haleigh, relocated to Colorado Springs from Forsyth, Ga., last year. Haleigh, whose story inspired Rep. Peake’s bill, began taking CBD for her severe form of epilepsy called Lennox-Gastaut syndrome. Since then, the number of seizures she suffers each day has dropped to no more than 10 from around 200 previously, Ms. Cox said.

If the Georgia measure becomes law and she can secure a steady supply of CBD oil, Ms. Cox plans to return home with Haleigh and rejoin her husband, who had to stay behind for work.

Other families trying CBD have been disappointed at the results, said Dr. Chapman, whose hospital in Aurora, Colo., treats about 120 children whose parents elect to give them the extract.

“There’s a huge sense of guilt and failure when the medicine doesn’t work,” he said.