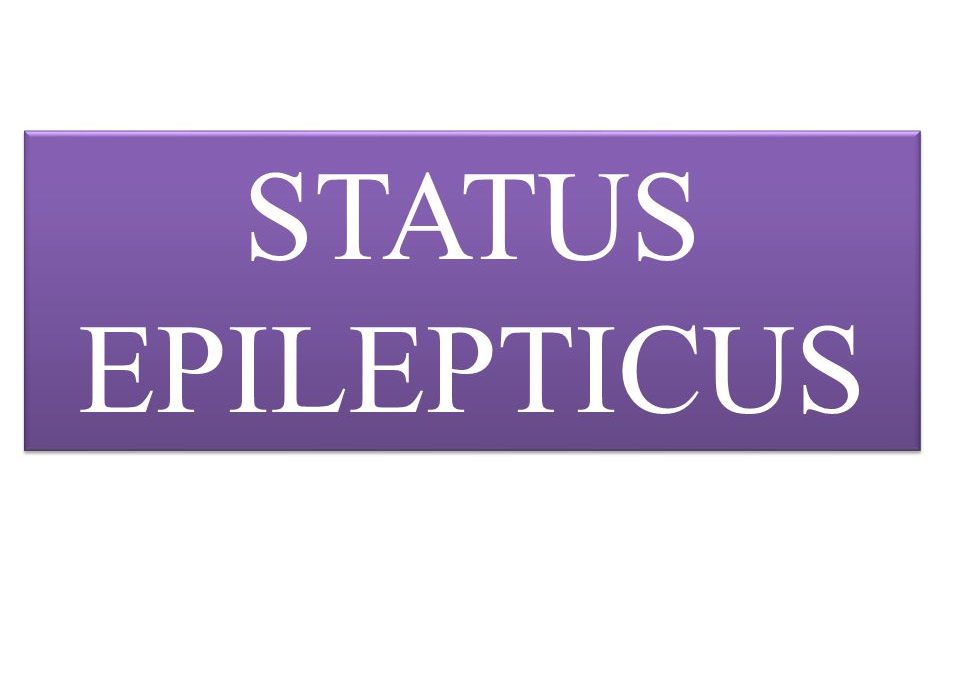 Published on: May 25, 2018|Categories: status epilepticus

Status epilepticus (SE) is a condition in which seizure activity in the brain persists for prolonged periods of time. It is associated with significant mortality of 15-22% in adults and has a high complication rate. The potential complications are multi-organ in range and may occur at any stage of SE. The early detection and treatment of complications is a crucial step in ensuring the best prognosis for SE.

Epidemiological studies and case series have led to the following conclusions:
Generalized CSE accounts for almost three of every four cases of SE.

The etiologies of SE include:

Epileptic patients are the group at highest risk, especially if they fail to maintain inadequate anti-epileptic drug levels in the blood. They make up 42% of patients with SE, while on the other hand, up to a fifth of patients with epilepsy develop SE at least once.

The first stage of convulsive SE (CSE) is characterized by a high level of catecholamines in the blood, which leads to hyperadrenergic stimulation and extreme stress on the body systems due to excessive motor movements. It is triggered by intense and prolonged brain electrical activity. In the initial stages of SE, the cerebral perfusion is maintained. Hyper-adrenergic stimulation causes injury of the heart and blood vessels due to increased neural stimulation, resulting in hypertension, an increased heart rate, and cardiac arrhythmias. These changes are acute or chronic depending upon the presence of preexisting atherosclerosis or other cardiovascular risk factors.

Hyperglycemia, respiratory distress, metabolic acidosis and hyperpyrexia are metabolic complications of this state.

Fever is present in 80% of cases and is caused by the extremely high levels of muscle activity rather than by infection. It leads to cerebellar, cortical, and hippocampal damage which manifest as chronic encephalopathy and brain atrophy in 6-15% of cases. About 40% of these patients eventually develop epilepsy. The researchers in this field conclude that acute necrosis of the neurons occurs after 30 to 60 minutes of SE.

While these abnormal manifestations may self-correct once the seizures are treated in a timely and appropriate fashion, continuation of the seizure activity may lead to more pathologic states such as hypotension, myocardial dysfunction, hypoglycemia, pulmonary edema, refractory acidosis and sustained high body temperature.

Respiratory function usually remains normal due to the seizure-associated contractions of respiratory muscles, but pulmonary vascular pressure increases, leading to pulmonary edema. Centrally induced apnea is another potential complication which may occur early or late in the course of CSE.

Gastrointestinal complications include stress ulcers and gastrointestinal hemorrhage, diarrhea, and paralytic ileus. Renal injury may occur as well as urinary tract infection, as well as sepsis related to catheter use.

The hyperstimulated state also produces lung injury, injury to the muscles and skeletal system, and renal injury secondary to the high level of circulating metabolic toxins resulting from the prolonged seizures.

Eventually, failure of cerebral autoregulation leads to a deficit in cerebral blood supply, increased intracranial pressure, systemic hypotension and the resulting failure of body systems. It is thus vital to support a normal body temperature, while keeping the perfusion to the organs normal by maintaining the blood pressure within normal limits. Prolonged hyperpyrexia and hypotension are responsible for multi-organ dysfunction.

Another source of complications is the medications used to control the seizures.

Benzodiazepines are used parenterally to treat CSE and may themselves cause respiratory and cardiovascular depression as well as immunologic dysfunction. Other drugs used in the treatment of SE include anesthetic and nonanesthetic drugs and these are also accompanied by various complications such as hypersensitivity, breathing difficulty, hemodynamic alterations and renal injury. Barbiturates, for instance, cause hemodynamic instability, slowing of gastrointestinal function, and immunologic depression. The distributive shock caused by these drugs can cause further deterioration of the neurological status by inducing or enhancing neuronal necrosis.

Complications may also arise from the long duration of severe illness and immobilization following the onset of SE. A prolonged stay in the intensive care unit may lead to various respiratory and infectious complications which are contributed to by the immunosuppression induced by barbiturates and benzodiazepines. These may include nosocomial pneumonia, ventilator-associated pneumonia, pulmonary embolism, atelectasis or collapse of the lung alveoli, adult respiratory distress syndrome, and neurogenic pulmonary edema. Clostridial colitis and other infectious complications could also be enhanced by the slowed gastrointestinal motility induced by barbiturates and other anticonvulsants.

Risk Factors for Mortality in SE

High mortality rates occur in SE secondary to anoxic hypoxia, CNS trauma, stroke, substance abuse with overdose, tumors and metabolic aberrations, while the lowest mortality is associated with idiopathic causes (20% or less), alcohol abuse and CNS insults not immediately preceding the seizures (10% or less) and in children (3-15%).

When SE aggravates a stroke, the mortality goes up by 3-8 times.

On the other hand, the reversible nature of the etiology (infection with fever) in most pediatric cases, coupled with the increased healing ability in children, results in lower mortality rates in this age group.