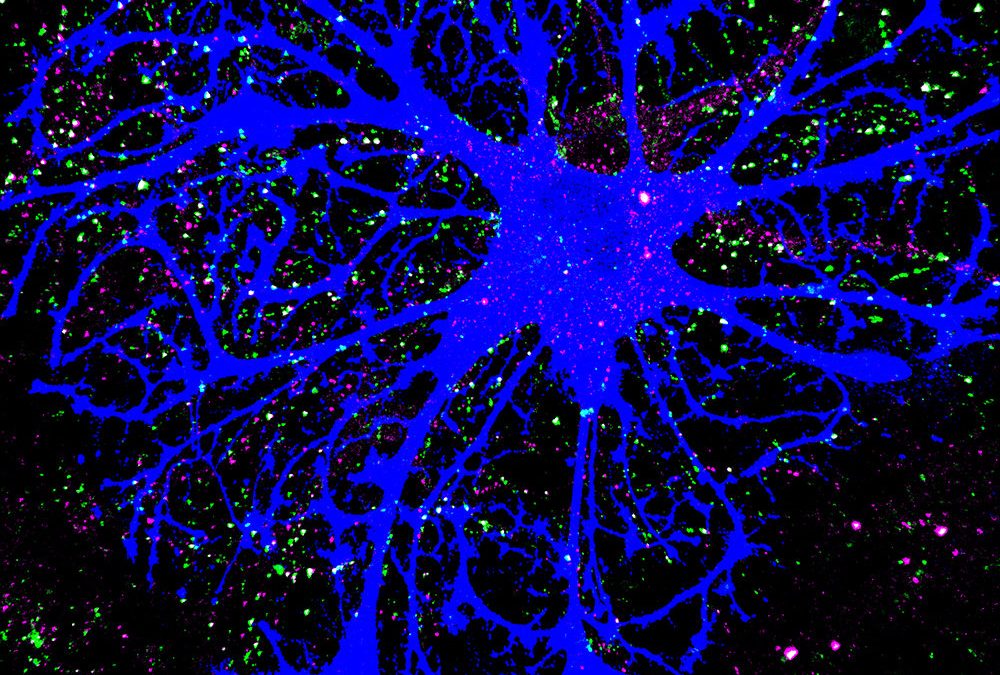 Brains are made of more than a tangled net of neurons. Star-like cells called astrocytes diligently fill in the gaps between neural nets, each wrapping itself around thousands of neuronal connections called synapses. This arrangement gives each individual astrocyte an intricate, sponge-like structure.

New research from Duke University finds that astrocytes are much more than neurons’ entourage. Their unique architecture is also extremely important for regulating the development and function of synapses in the brain.

When they don’t work right, astrocyte dysfunction may underlie neuronal problems observed in devastating diseases like autism, schizophrenia and epilepsy.

The Duke team identified a family of three proteins that control the web-like structure of each astrocyte as it grows and encases neuronal structures such as synapses. Switching off one of these proteins not only limited the complexity of the astrocytes, but also altered the nature of the synapses between neurons they touched, shifting the delicate balance between excitatory and inhibitory neural connections.

“We found that astrocytes’ shape and their interactions with synapses are fundamentally important for brain function and can be linked to diseases in a way that people have neglected until now,” said Cagla Eroglu, an associate professor of cell biology and neurobiology at Duke. The research was published in the Nov. 9 issue of Nature.

Astrocytes have been around almost as long as brains have. Even simple invertebrates like the crumb-sized roundworm C. elegans has primitive forms of astrocytes cloaking their neural synapses. As our brains have evolved into complex computational machines, astrocyte structure has also grown more elaborate. 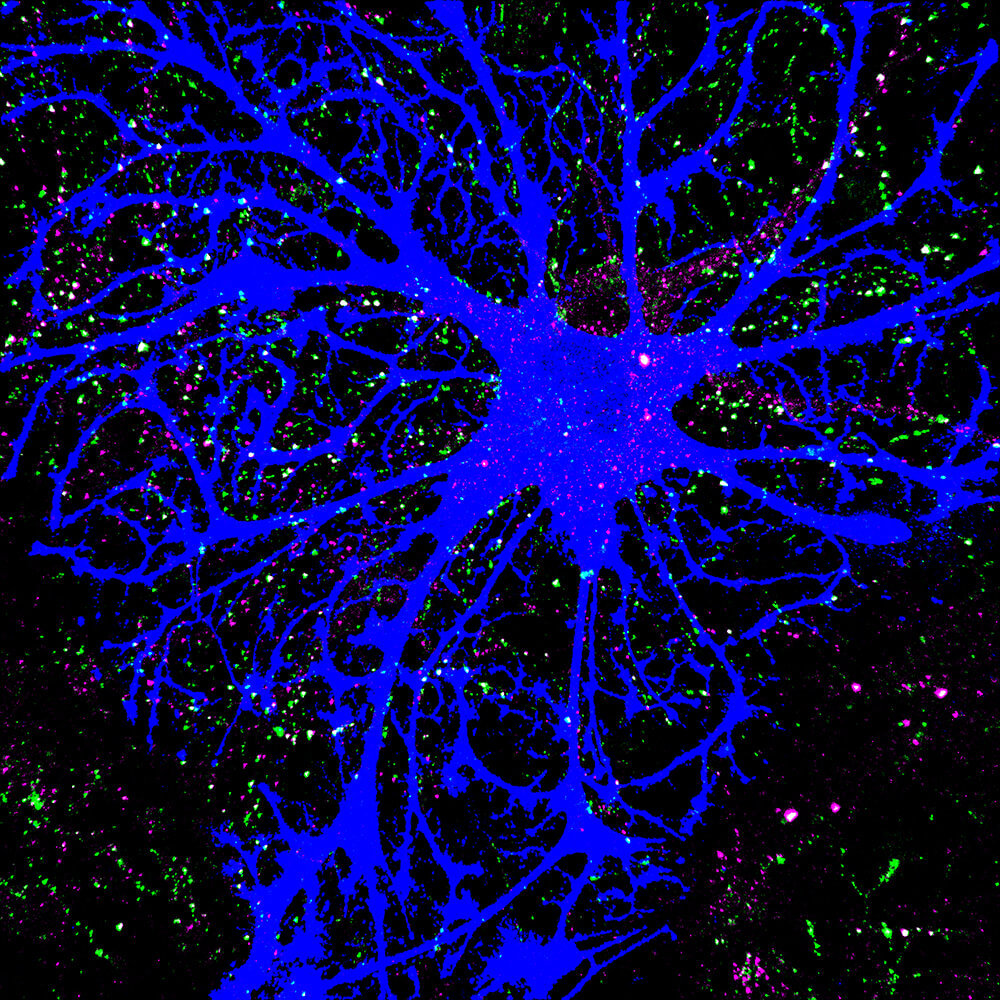 But the complexity of astrocytes is dependent on their neuronal companions. Grow astrocytes and neurons together in a dish, and the astrocytes will form intricate star-shaped structures. Grow them alone, or with other types of cells, and they come out stunted.

To find out how neurons influence astrocyte shape, Jeff Stogsdill, a recent PhD graduate in Eroglu’s lab, grew the two cells together while tweaking neurons’ cellular signaling mechanisms. He was surprised to find that even if he outright killed the neurons, but preserved their structure as a scaffold, the astrocytes still beautifully elaborated on them.

“It didn’t matter if the neurons were dead or alive—either way, contact between astrocytes and neurons allowed the astrocyte to become complex,” Stogsdill said. “That told us that there are interactions between the cell surfaces that are regulating the process.”

Stogsdill searched existing genetic databases for cell surface proteins known to be expressed by astrocytes, and identified three candidates that might help direct their shape. These proteins, called neuroligins, play a role in building neural synapses and have been linked to diseases like autism and schizophrenia. Previously, their functions had been primarily studied in neurons.

“The shape of the astrocytes was directly proportional to their expression of the neuroligins,” Stogsdill said.

Tweaking the expression of neuroligins didn’t just change the size and shape of the astrocytes. They also had a drastic effect on the synapses that astrocyte touched.

When Stogsdill switched off a single neuroligin—neuroligin 2—the number of excitatory or “go” synapses dropped by 50 percent. The number of inhibitory or “stop” synapses stayed the same, but their activity increased.

“We are learning now that one of the hallmarks of neurological disorders like schizophrenia, autism and epilepsy is an imbalance between excitation and inhibition,” Stogsdill said. “Which just drives home that these disease-associated molecules are potentially functioning in astrocytes to shift this balance.”

Ben Barres, a professor of neurobiology at Stanford University who was not involved with the study, praised the findings as “a profoundly important, revolutionary advance” for understanding how interactions between neurons and astrocytes can affect synapse formation.

“These findings vividly illustrate once again how any important process in the brain can only be understood as a dialogue between astrocytes and neurons,” Barres said. “To ignore the astrocytes, which are vastly more numerous than neurons, is always a mistake.”