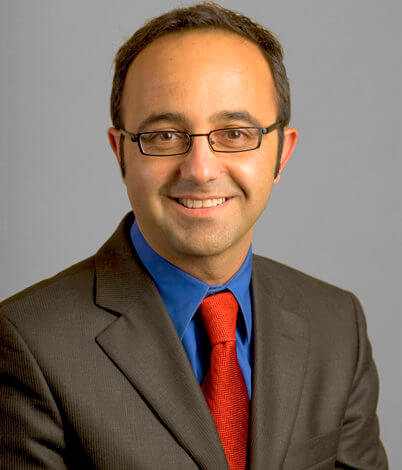 By converting brain waves into sound, even non-specialists can detect “silent seizures” – epileptic seizures without the convulsions most of us expect.

When a doctor or nurse suspects something is wrong with a patient’s heart, there’s a simple way to check: put a stethoscope over the heart and listen to the sounds it makes. Doctors and nurses can use the same diagnostic tool to figure out what’s going on with the heart, lungs, stomach and more, but not the brain – although that could change with a new device.

Over the past several years, Stanford neurologists have been working with a specialist in computer music to develop a brain stethoscope – not a stethoscope per se, but rather an algorithm that translates the brain’s electrical activity into sounds.

Now, the same team has shown that medical students and nurses – non-specialists, in other words – can listen to the brain stethoscope and reliably detect so-called silent seizures – a neurological condition in which patients have epileptic seizures without any of the associated physical convulsions. The group published the work March 21 in the journal Epilepsia.

“This technology will enable nurses, medical students and physicians themselves to actually assess their patient right there and they will be able to determine if the patient is having silent seizures,” said Josef Parvizi, a professor of neurology and neurological sciences.

Seizures of a different sort

The desire for a brain stethoscope stems from a basic problem with treating epileptic seizures – namely, a great many of them may go undetected and untreated.

Josef Parvizi, above, a professor of neurology, Chris Chafe, a professor of music, and colleagues have tested a method for detecting seizures that transforms brain waves into sound. (Image credit: School of Medicine)

Technically, a seizure is a neurological problem, in which ordinarily calm electrical brain waves go haywire. That erratic activity can cause convulsions – but not always.

“You might think that all seizures must cause some sort of convulsions, namely a patient who’s having a seizure must fall down and shake on the ground. But that’s actually not the case, especially in critically ill patients in the intensive care units,” said Parvizi, who is also a member of Stanford Bio-X, the Stanford Neurosciences Institute and the Child Health Research Institute. “Close to 90 percent of those patients will have silent seizures,” he said, and though not visible they can still damage the brain if they are prolonged.

On top of that, diagnosing silent seizures can be a drawn-out process, even during regular hours at a major hospital like Stanford’s. First, a trained technician comes in, sets up sensors on a patient’s skull to record the brain’s electrical activity, then makes a recording and sends it to a neurology specialist like Parvizi for analysis. By the time the diagnosis comes in, hours may have passed. After hours or in smaller hospitals, the process can take even longer – for one thing, a technician may have to come from hours away just to set up the equipment.

Music of the mind

The solution came, Parvizi said, after watching Kronos Quartet perform a piece of music based on data recorded by a scientific instrument aboard the Voyager space probe. Parvizi realized something similar could be done with brain waves, so he sent some data files to Chris Chafe, the Duca Family Professor and a professor of music.

“I had never even entertained the idea that we would attach some of my music synthesis to somebody’s head,” said Chafe, who is also a member of Bio-X and the Neurosciences Institute. But it wasn’t particularly odd either – Chafe has also made music out of climate change data and the carbon dioxide generated by ripening tomatoes. In this case, he used brain-wave data to modulate the singing sounds of a computer-synthesized voice – a natural choice, Chafe said, given the context.

“Once he sent me the files and I listened to them, I was literally in shock, because it was so intuitive,” Parvizi said. “You could hear the transition from non-seizure to seizure so easily, that I just basically picked up the phone and told Chris that we have something right here.”

So easy a medical student can do it

But Parvizi is a trained neurologist, and to really test the potential of a brain stethoscope he needed to see if non-specialists could hear the difference between normal brain activity and a seizure. With the help of a Bio-X seed grant, Kapil Gururangan, a medical student, and Babak Razavi, a clinical assistant professor of neurology, gathered 84 brain wave samples, called electroencephalograms or EEGs, 32 of which included either a seizure or some features typical of one. Then, they turned those samples into music using Chafe’s algorithm and played them for 34 medical students and 30 nurses at Stanford.

“The question now that we have to figure out is: How are actual physicians going to use this tool and how do physicians use this information in their decision-making?” Gururangan said. In other words, the team has a number of questions it is still looking to answer, but the early results sound good.