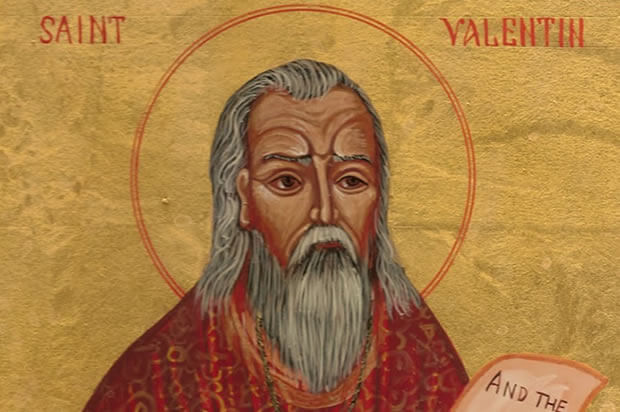 Who was St. Valentine? 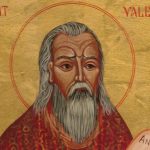 On February 14, fancy restaurants will be booked solid, florists will do their best business of the year, and children’s backpacks will be stuffed full of heart-shaped cards from classmates. And it’s all thanks to St. Valentine.

Epilepsy was once known as St. Valentine’s Malady. The faithful used to invoke him in protection against epileptic fits (sic) (seizures)  and fainting. In some places in Europe, people still hand out key charms to invoke that protection.

So before you indulge in those little heart-shaped candies with “Be Mine” written on them, here’s the info on the man of the hour.

Who is St. Valentine?

Well, there was actually more than one. There’s nearly a dozen martyred saints named Valentine, but February 14 is the feast day that commemorates St. Valentine of Rome, who lived in the third century.

What did Valentine of Rome do?

Like most stories from so long ago, it’s hard to discern which parts of the story are true and which ones were exaggerated or conflated with the acts of other martyrs of the early Christian church. But we’re pretty sure that Valentine of Rome was arrested and executed for, among other crimes, performing marriages for members of the early Christian church and others who may have been forbidden from marrying.

Is that why he’s connected with love and romance?

Pretty much. There’s some speculation that his feast day on February 14 coincided with some kind of Roman fertility ritual celebrated around the same time, but evidence is spotty.

Why is he so popular today?

Mostly due to one Geoffrey Chaucer, who wrote a lot about St. Valentine and connected him to the idea of courtly love in 14th century Europe. Chaucer was one of the founders of what would become English literature, so he had a pretty big influence.

So why do we give gifts, flowers and cards called “valentines”?

That tradition of courtly love included lots and lots of gifts – poems, tokens of affection, and so on. A continual stream of gifts proved that you were sincere in your affection. The tradition continues to today, where flowers and chocolates are the cliche.

Legend also says that St. Valentine, before his execution, wrote a letter to his jailer’s daughter and signed it, “Your Valentine.” It might not be true, but it’s a good story regardless.

Did the Romans have any other influence on Valentine’s Day?

Other than the obvious – Cupid, the winged, eternally youthful, love-arrow-shooting god of desire, attraction and affection – it was the Romans who believed that there was a vein that ran from the left hand’s ring finger directly to the heart. Thus explaining why we use that finger engagement and wedding rings.

So Valentine is the patron saint of love?

As well as beekeepers and epilepsy, yes, he’s the patron saint of affianced couples, happy marriages and love.

So, we at EpilepsU.com wish you aloove filled and seizure free Valentines’s Day!