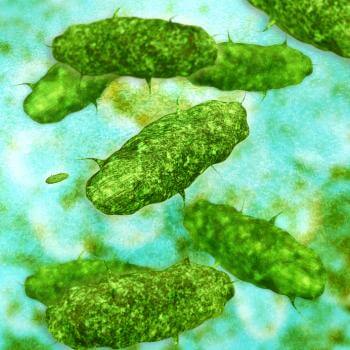 The number of bacteria in our guts outnumbers the cells of our body. That fact alone makes them a worthy target for research.

There is an estimated 1 kilogram of bacteria within each average human adult.

Predominantly known for their role in digestion, the range of gut bacteria’s influence is only slowly becoming better understood.

The so-called gut-brain axis also plays an important role in the early development and maturation of the immune and endocrinesystems.

The latest study to examine the impact of gut bacteria on neurological behavior is published this week in the journal Cell.

The Baylor College team demonstrated that by adding a single, specific species of bacteria into the guts of mice that displayed autism-related social behavior, they could reverse some of the deficits.

Past research into modifying autistic behavior has focused on affecting change via electrical brain stimulation. As Mauro Costa-Mattioli, the senior author of the current study, says, “here we have, perhaps, a new approach.”

The inspiration for the research came from studies in humans demonstrating that maternal obesity during pregnancy appears to be a risk factor for offspring to develop neurodevelopment problems, including autism spectrum disorders (ASD).

Firstly, the researchers fed 60 female mice on a diet that was the equivalent to eating fast food several times a day. The resultant pups spent 3 weeks with their mothers before being weaned onto a normal diet.

After 1 month, ASD-like behaviors were noted in the mice; for instance, they spent less time with other mice and did not initiate interaction.

Alter the microbiome, alter the behavior

Next, the researchers examined the microbiome of the mice from high-fat mothers and compared it with the gut bacteria of offspring from mothers who had been fed a normal diet. They found that the two groups of mice had distinct gut flora populations.

“The sequencing data was so consistent that by looking at the microbiome of an individual mouse we could predict whether its behavior would be impaired.”

The next step was to determine whether these changes in gut bacteria were the causal factor of the changes in social behavior. Because mice eat each other’s feces, the investigators housed the animals together so that the microbiome would be spread among them.

When the ASD-like, 3-week old pups were paired with normal mice, within 4 weeks, the microbiome was restored to normal, and many of the behavior patterns also returned to normal.

Once the team had established this solid link between behavior and gut bacteria, they decided to pinpoint the responsible species. The bacteria that fitted the bill most neatly was Lactobacillus reuteri; the species was found to be reduced ninefold in the mice born to mothers fed on the particularly high-fat diet.

“We cultured a strain of L. reuteri originally isolated from human breast milk and introduced it into the water of the high-fat-diet offspring,” says Shelly Buffington, first author. “We found that treatment with this single bacterial strain was able to rescue their social behavior.”

However, despite some of the ASD-like behaviors being improved by the updated microbiome, not all behavior returned to normal – anxiety remained, for instance.

As an interesting addition, the team also found that L. reuteri enhanced release of oxytocin, a hormone known to play a vital role in social behavior and bonding; oxytocin has also been linked with autism in humans.

The team next investigated the role of reward circuitry in the socially impaired mice.

“We found that, in response to social interaction, there was a lack of synaptic potentiation in a key reward area of the brain that could be seen in the normal control mice. When we put the bacteria back in the maternal-high-fat-diet offspring, we could also restore the changes in synaptic function in the reward circuitry.”

The results are, of course, fascinating. But more importantly, they could potentially lead to minimally invasive, natural remedies for neurobiological conditions. There is still an incredibly long hill to climb before this becomes a reality in human subjects, but the possibilities are exhilarating.

Research into the varied physiological role of gut bacteria is a relatively new area of study and, so far, the microbiome has proven to be surprisingly influential.