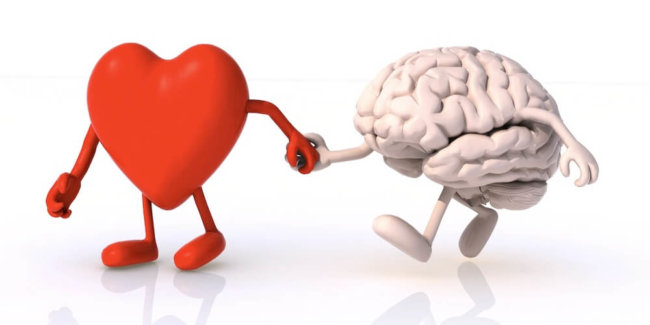 Long-term use of enzyme-inducing antiseizure medications (ASMs) were linked to a higher risk of incident cardiovascular disease in people with epilepsy, a longitudinal population-based study in England showed.

Adult epilepsy patients who received four consecutive enzyme-inducing ASMs after 1990 — when new non-enzyme-inducing antiseizure drugs started entering the market — were 21% more likely to develop all-cause cardiovascular disease over a maximum follow-up of 25 years compared with epilepsy patients not exposed to these drugs, reported Colin Josephson, MD, MSc, of the University of Calgary in Canada, and co-authors in JAMA Neurology.

“This is important research since there has been continued controversy over the long-term effects of enzyme-inducing antiseizure medications,” Josephson told MedPage Today.

“However, it is important to remember two things: first, these are relative risk estimates, and second, the duration of exposure is critical,” he pointed out.

“The absolute risk initially remains small and only appears to clinically diverge at 10 to 15 years following exposure, when those exposed have a 7% risk compared to 4%,” he noted. “Between 20 to 25 years, the absolute risk is 12% versus 7%.”

“Hence, use of these medications at low doses over short to moderate time frames may be safe, compared with the risks of coming off the medication in someone whose seizures are well-controlled with no significant adverse effects impacting their quality of life,” Josephson said.

Epidemiology studies have shown that people with epilepsy have a higher prevalence of ischemic heart disease, transient ischemic attack (TIA), ischemic stroke, and hemorrhagic stroke then the general population. Many variables may contribute, including sedentary behavior, smoking, socioeconomic status, obesity, poor health, and epilepsy itself.

In their study, Josephson and co-authors reviewed primary care and hospital electronic health records at National Health Service hospitals in England from January 1990 to March 2019, following patients for a median of 9 years.

The researchers looked at three cohorts: all adults who met a case definition for epilepsy diagnosed after 1990, incident epilepsy cases diagnosed after 1998 (when medical records were linked with hospital diagnoses and procedures in the database), and older adults diagnosed with epilepsy at age 65 or older. The outcome was incident cardiovascular disease, including ischemic heart disease, ischemic stroke and TIA, or hemorrhagic stroke.

A total of 31,479 patients were diagnosed with epilepsy in or after 1990 and were free of cardiovascular disease at baseline. Median age at diagnosis was 32, median duration of epilepsy was 9 years, and 53% were women. A total of 11,803 people had four consecutive prescriptions for an enzyme-inducing ASM after adult-onset diagnosis; the remaining participants were considered unexposed.

In a propensity-matched model adjusted for age, sex, socioeconomic status, and cardiovascular risk factors, the enzyme-inducing ASM group had an HR of incident cardiovascular disease of 1.21 (95% CI 1.06-1.39). The HR was similar when researchers controlled for lipid-lowering drug use and treated dyslipidemia at baseline (HR 1.18, 95% CI 1.04-1.34).

The absolute difference in cumulative hazard was marginally higher in the first 8 to 10 years, but diverged by more than 1% after 10 years. For patients with more than four prescriptions, doubling the relative defined daily dose of an enzyme-inducing ASM raised the HR from 1.53 to 2.38 compared with the unexposed group, suggesting a dose-dependent effect.

Among 7,501 epilepsy patients diagnosed from 2000 to 2019, the HR of incident cardiovascular disease was higher after enzyme-inducing ASM exposure but the association was attenuated, possibly because statistical power was low and median follow-up was only 5 years. Likewise, the HR was elevated but weaker when restricting analyses to 3,806 epilepsy patients diagnosed after age 65.

“If it is anticipated the patient may be on the medication for only 5 to 10 years, the risks of coming off them may be higher than remaining on them,” Josephson said.

“However, in young patients who will require life-long antiseizure medications, these data suggest that early and concerted efforts to start or transition them to a non-enzyme-inducing agent is paramount,” he added.

The analysis lacked granular data about epilepsy type, cause, and seizure frequency, the researchers acknowledged. While the propensity score-matching algorithm indicated specific characteristics were comparable between the exposed and unexposed groups, it’s not clear whether epilepsy and seizure metrics were well matched.

This analysis was in part funded by the Canadian Frailty Network and the University of Calgary.