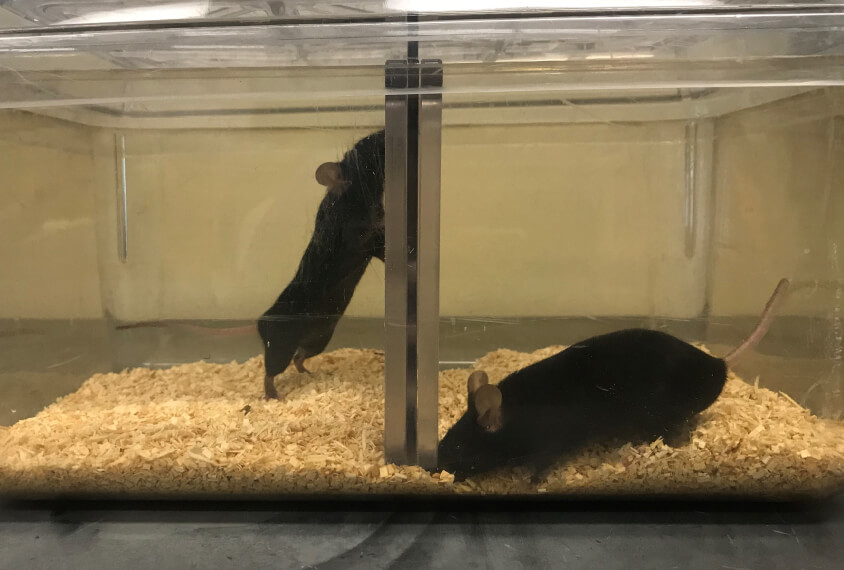 Single seizure may have long-lasting effects on brain

A single seizure early in life leads to enduring behavioral problems, including diminished sociability, in mice.

Researchers found this to be true in typical mice, as well as in a mouse model of fragile X syndrome, a genetic condition related to autism. The results may help explain why seizures seem to exacerbate some autism traits.

“A lot of these seizures happen early in childhood, but the long-term impact of those seizures is not known,” says Samantha Hodges, a graduate student in Joaquin Lugo’s lab at Baylor University in Waco, Texas. “So this is a first step to look at how do seizures actually affect [people with] that underlying gene mutation.”

Hodges presented the findings today at the 2019 Society for Neuroscience annual meeting in Chicago, Illinois.

After the mice reached adulthood, the team subjected them to an array of behavioral tests. Both types of mice that had had a seizure spent less time interacting with unfamiliar mice compared with either set of controls. “It induced this deficit in social behavior,” Hodges says.

The seizures also improved learning and memory in both types of mice, the researchers found. The finding was unexpected but not implausible, Lugo says.

“Seizures can be seen in some ways as kind of a reset,” he says. “It could be an adaptive response — that they have seizures to reset their neural activity and temporarily have better performance.”

Chronic, repetitive seizures are less likely to be adaptive, he notes, and the researchers plan to probe the effects of having multiple early-life seizures.