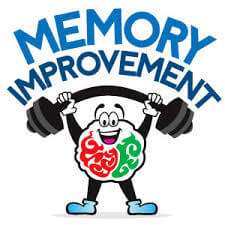 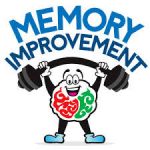 A drug that for a century has been safely used as a stain and to treat medical disorders could boost activity in brain regions linked to short-term memory and attention, results of a placebo- controlled study demonstrate.

Using functional MRI (fMRI), researchers found that a single oral dose of methylene blue increased brain activity in the bilateral insular cortex, as well as the prefrontal cortex and parietal and occipital lobes, compared with placebo.

Timothy Q. Duong, PhD, from the University of Texas Health Science Center at San Antonio, pointed out that an advantage of methylene blue is that it has been proven to be nontoxic and is “very safe.”

Dr Duong told Medscape Medical News that the drug has been available for about a century. It has been used on a long-term basis to treat methemoglobinemia and, in the emergency setting, cyanide and carbon monoxide poisoning.

He also pointed out that no other clinically approved drug is used to improve memory, making methylene blue “unique and novel in that sense.”

“I’m sure there are a couple of supplements that can claim to have some memory effects,” he said, adding that as far as he knows, these agents have not been tested in clinical trials, nor have they been approved by the US Food and Drug Administration.

The research was published online June 28 in Radiology.

In the 1970s, studies in rodents demonstrated the memory-enhancing effects of methylene blue. However, the underlying neuronal mechanisms and the drug’s impact on short-term memory and sustained attention have not been explored.
The researchers conducted a randomized, double-blinded, placebo-controlled clinical trial in which 26 healthy individuals aged 22 to 62 years were assigned to single-dose administration of methylene blue 280 mg or a blue food colorant as placebo.

The participants completed a psychomotor vigilance task to test sustained attention and a delayed match-to-sample task to measure short-term memory while undergoing fMRI, both before and 1 hour after administration of the study drug or placebo.

In addition, the impact of methylene blue on cerebrovascular reactivity was examined by determining cerebral blood flow during a carbon dioxide challenge before and after administration.

The results showed that during the psychomotor vigilance task, methylene blue was associated with significantly increased activity on fMRI in the bilateral anterior and posterior insular cortices during the attention phase (P = .01-.008).

In addition, methylene blue was associated with significantly increased fMRI activity during the short-term memory task in the bilateral occipital lobes, the basal ganglia, the thalami, the parietal lobules, the anterior cingulate gyrus, and the cerebellum (P = .03-.0003).

After administration of methylene blue, there was also an approximately 7% increase in the number of correct behavioral responses (P < .01). No change was observed in the participants who were given placebo. There were no significant changes in cerebral blood flow.

“The results support the notion that methylene blue enhances memory performance and functional MR imaging activity in brain regions associated with a visuospatial short-term memory task,” the investigators write. They note that their findings are “consistent with behavioral measurements in the same subjects.”

Highlighting the fact that the current study did not examine the impact of methylene blue on long-term memory, Dr Duong said that he and his colleagues are currently conducting a clinical trial of the drug in patients with mild cognitive impairment and Alzheimer’s disease. They will report the results early next year.

The study was supported by the National Center for Advancing Translational Sciences and the Julio C. Palmaz, MD, Endowment for Excellence in Radiology Research. The authors have disclosed no relevant financial relationships.