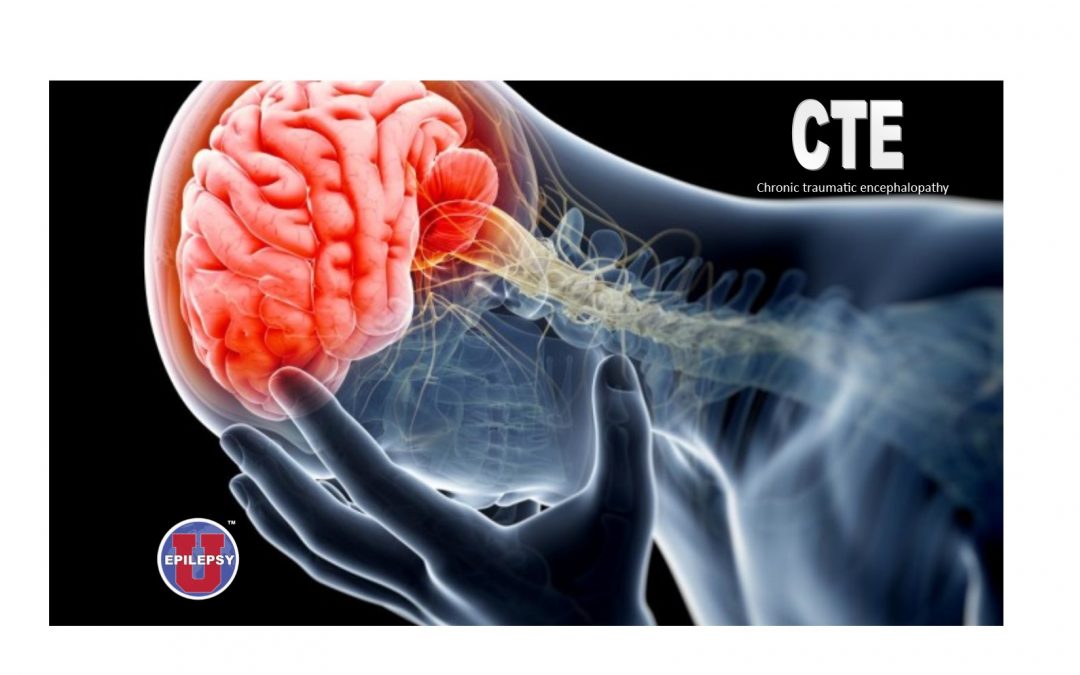 Are there signs of CTE in the brain tissue of younger people with epilepsy?

Younger adults with difficult-to-treat epilepsy may have early signs of chronic traumatic encephalopathy (CTE) in their brain tissue, but it appears to be uncommon, according to a small, preliminary study published in the January 10, 2018, online issue of Neurology, the medical journal of the American Academy of Neurology.

Chronic traumatic encephalopathy (CTE) is a rare, degenerative brain disease most likely caused by repeated head trauma. People with CTE may develop symptoms like dementia, personality disorders or behavior problems. People with epilepsy can experience head trauma when they have full body seizures, also called tonic-clonic seizures, or partial or focal seizures where they lose some or all awareness of their surroundings.

For this small pilot study, researchers looked at microscopic sections of brain tissue from 10 people living with epilepsy who had resective surgery to control seizures that could not be fully controlled by medication. The surgery removes the area of the brain shown in testing to be where the seizures begin.

“Previous studies have found signs of CTE in up to a quarter or even a third of older people with epilepsy, so our aim was to determine if such signs could be found in the brains of younger people with epilepsy,” said study author Gregory D. Cascino, MD, of the Mayo Clinic in Rochester, Minn., Associate Editor for Neurology, and a Fellow of the American Academy of Neurology. “Only one of our 10 study participants had signs of CTE, but because our study was small, more research needs to be done to confirm our findings.”

The 10 study participants had been living with epilepsy for an average of 24 years, and had the surgery when they were an average age of 33. Eight had a history of head injury related to their seizures, but none of the injuries required medical care. While none of the participants played football, information on other contact sports was not available. One had localized seizures with impaired awareness, two had tonic-clonic seizures, and seven had both seizure types. Seizure frequency ranged from two to three a day to one to two per year.

One study participant had sparse brain lesions caused by tau protein tangles in the brain tissue, a sign of CTE. That person had an average of two partial seizures with impaired awareness seizures a day, had seizures for 28 years before the surgery and had a history of mild head injuries related to seizures. In the brain tissue of the other nine patients, researchers found no evidence of CTE. There were no unique characteristics for the one person who had signs of CTE when compared to the other nine people.

“Despite a history of disabling seizures, nine of the 10 patients had no sign of tau protein deposits in their brain tissue,” said Cascino. “This lack of tau in the brains of our study participants does not mean it’s not possible for them to develop CTE at a later age, but it appears that signs of the disease may not be obvious in most people before they are 50 years old.”

In addition, all of the participants were evaluated before surgery for thinking, behavior and memory skills. Eight showed mild to moderate cognitive impairment, which can occur in people with difficult-to-treat epilepsy.

Cascino said, “Our study suggests that tau accumulating in the brain is unlikely to be a contributor to cognitive impairment in younger patients with epilepsy with localized seizures that do not respond well to medications.”

A major limitation of this pilot study is the small number of participants. Larger, long-term studies are needed to determine the prevalence of CTE in younger patients with epilepsy.