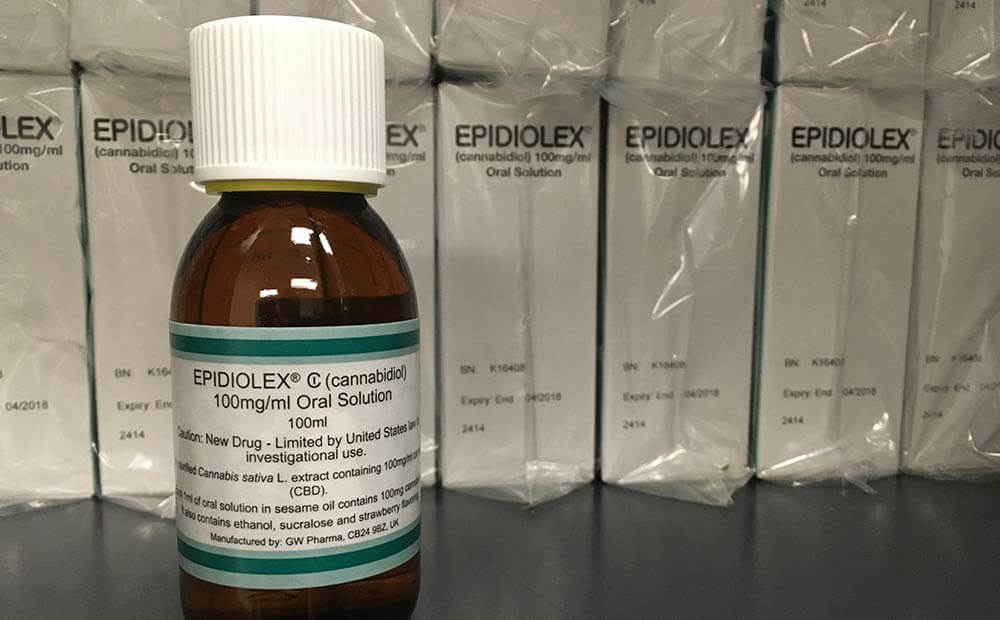 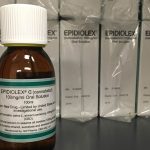 A CBD-based pharmaceutical drug in development is one more step closer to potential FDA approval.
Earlier this week, London-based GW Pharmaceuticals plc, which operates in the United States as Greenwich Biosciences, wrapped up its New Drug Application for Epidiolex, a formulation of the cannabis compound cannabidiol (CBD) for the treatment of seizures associated with two specific types of epilepsy: Lennox-Gastaut syndrome and Dravet syndrome.
“The submission is a significant event,” said Steve Schultz, a GW spokesman.

The Epidiolex submission file was “thousands of documents” thick, encompassing data and details spanning the areas such as preclinical, clinical, manufacturing and distribution, he said. The submission includes clinical data on 1,500 patients, 400 of whom have had more than a year of exposure to Epidiolex.
“For an orphan drug, that is a very significant set of facts,” he said. “For any pharmaceutical company, it’s a major achievement.”
Now Epidiolex’s fate is in the hands of the U.S. Food and Drug Administration, which is expected to respond within 60 days from the Oct. 30 submission.
If the FDA gives the OK, facilities inspections, additional reviews and a potential rescheduling for Epidiolex could occur during the following months, Schultz said. If all goes smoothly, Epidiolex could be on the market by this time next year.

It’s been a busy week for federal oversight of CBD. On Oct. 31, The FDA issued warning letters to four companies that make hemp-derived CBD products for illegally making unsubstantiated health claims about the cannabis compound in treating conditions such as cancer.
When asked if the timing of GW’s NDA submission and the subsequent warning letters were connected, FDA spokesman Michael Felberbaum said Friday he could not comment on the pending NDA. In correspondence with The Cannabist earlier this week, Felberbaum said the agency had issued similar warning letters in 2015 and 2016.
GW is expecting “significant demand” from the Lennox-Gastaut and Dravet patient populations, which total close to 35,000 patients and 8,000 patients, respectively.

The company is running additional trials to assess how Epidiolex could fare in treating other conditions, such as infantile spasms, but there is “an unknown upside … of this sphere of influence” with Epidiolex, Schultz said. GW would not promote Epidiolex for any conditions beyond what it submitted for approval on the label — Lennox-Gastaut and Dravet.
“It will be up to the physician and the patient to determine what the best therapeutic options are,” he said. “Between the patient, physician and payor.”
Analysts have estimated that Epidiolex could be a $1 billion drug for GW Pharmaceuticals. Analysts also are closely watching for the latest results from clinical trials.
“We expect investors will shift their focus to upcoming data presentations expected at the American Epilepsy Society (AES) annual meeting being held Dec. 1-5 in Washington, D.C.,” Andrew S. Berens, a Morgan Stanley analyst, wrote in a research note published Oct. 30. “We expect focus will specifically be on anticipated drug-drug interaction (DDI) data expected at the meeting, as management anticipates presenting pooled data from the two Phase 3 LGS trials showing response rates at different thresholds and in the subgroups of patients with or without concomitant Onfi (clobazam).”

Clobazam is the generic name for a drug approved for add-on treatment of seizures in children age 2 and older and adults who have seizures associated with Lennox-Gastaut. It is sold in the U.S. under the brand name Onfi.
There is concern about clobazam’s role in the effectiveness of Epidolex, Ken Trbovich, an analyst with Janney Montgomery Scott, previously told The Cannabist. Another concern for GW included the existing prevalence of hemp-derived CBD extracts currently on the market, he said.
On the other hand, companies within the cottage CBD extract industry have expressed wariness about GW’s progress and what the emergence of an FDA-approved formulation of CBD could mean for their livelihoods.
GW’s Schultz previously has stated that Epidiolex will be an “additional option” in the market. He reiterated those statements this week.
“Our goal is to provide an additional option,” he said. “We know that physicians and patients and parents of young patients desire to have a pharmaceutical medicine for the treatment of these seizures, especially these really challenging seizures.”