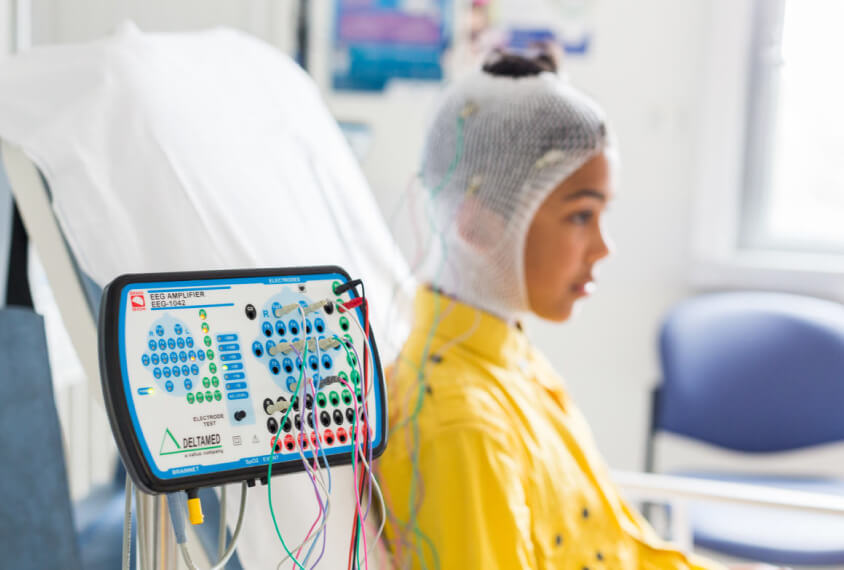 Sex bias in autism virtually absent among those with epilepsy

There are roughly as many autistic boys who have epilepsy as there are girls, according to a new meta-analysis.

PHOTO: Seizure risk: Girls with epilepsy are more likely than girls in the general population to have attention deficit hyperactivity disorder or autism.

The overall ratio of boys to girls among children diagnosed with autism is 3-to-1. Scientists have suggested many theories for this sex bias: that girls are partially protected from mutations that cause the condition, for example.

“This could be because the usual female protection against neurodevelopmental disorders is overcome when there is a chronic brain illness,” says co-lead researcher Eric Taylor, emeritus professor of child and adolescent psychiatry at King’s College London.

Another possibility is that because girls with epilepsy see doctors often, they are more likely to be diagnosed with autism than other autistic girls2.

“If you’re somebody who does have epilepsy, you’re more on the radar of pediatricians and perhaps even speech and language therapists — other people whose job it is to diagnose autism,” says William Mandy, senior lecturer in clinical psychology at University College London, who was not involved with the study.

The researchers identified 39 studies of children who have epilepsy and other conditions; 13 include information about autism diagnoses.

Among children with both conditions, the boy-to-girl sex ratio is 1.67-to-1, the analysis found.

An independent study of more than 12,000 children in Louisiana found a similar ratio: 1.62-to-1, according to unpublished results presented at the 2019 International Society for Autism Research meeting in Montreal.

Meta-analyses often include a number that indicates the extent to which conclusions of the individual studies vary. In the new analysis, this number is nearly zero.

“It looks like these are pretty stable estimates that are being consistently put out in all sorts of different studies, even though they are being done at different times and presumably with different methods,” Mandy says.

Increased diagnostic scrutiny cannot fully account for the findings, Mandy says, because the ratio even among high-risk children monitored for autism from birth is still three boys to every girl3.

Epilepsy may increase autism risk among girls, Mandy says. Or the two conditions could stem from a common biological origin that evens their incidence among boys and girls.

Girls with epilepsy are more likely than their typical peers to be diagnosed with autism or attention deficit hyperactivity disorder (ADHD), according to the new analysis; they are no more likely to have depression or anxiety. The work appeared in March in Epilepsy & Behavior.

The connections between epilepsy and these various conditions are “intriguing,” says Kevin Pelphrey, Harrison-Wood Professor of Neurology at the University of Virginia in Charlottesville, who was not involved in the study. “Are [ADHD and autism] in some way more directly related to the brain mechanisms that also cause epilepsy? If so, how?” he says.

To get at that question, Pelphrey says, researchers should follow children at risk for autism and seizures from birth to determine whether seizures precede autism traits or whether both conditions track with a particular brain feature.